But, like many cities across the country, Midwest City was also hit with a spike in violent crime in 2020.

The city’s crime rate declined by 11.75% in 2020 compared to the previous year, according to Midwest City Police Department records. But violent crime increased by 16% in 2020 with sharp rises in homicides and aggravated assaults.

Police reported 12 homicides in 2020, which was triple the total in 2019. It included three juveniles who were killed in the past year.

“I’ve never seen that many homicides and a jump like that,” Clabes said. “We’ve seen a reduction in the crime and it’s frustrating for our entire staff when we have these homicides. We want to solve every one that we can but can’t if we don’t have cooperation.”

Clabes believes the increase in violent crime is linked to the pandemic and related mental health and economic issues.

“Everyone across the country is seeing an increase in violent crime and homicides and mental health has a lot do with it,” Clabes said.

He said the police department is working with city leaders to combat the issue.

“We have met with the city council and have some strategies moving forward,” Clabes said. “We’ve come up with a plan that includes some saturation patrols and intelligence led policing strategies.”

“That dovetails from the justice reforms, a push for more cite and release and not wanting a huge jail population with COVID-19,” Clabes said.

Clabes applauded the hard work of the department, especially through challenges of COVID-19 and a wave of anti-police sentiment last summer. The department responded to more than 70,000 calls for service in 2020.

“I attribute that to our well trained and professional police department and support from the city manager, city council and mayor,” Clabes said. “We have a really hard-working police agency that does the job that people don’t want to do.” 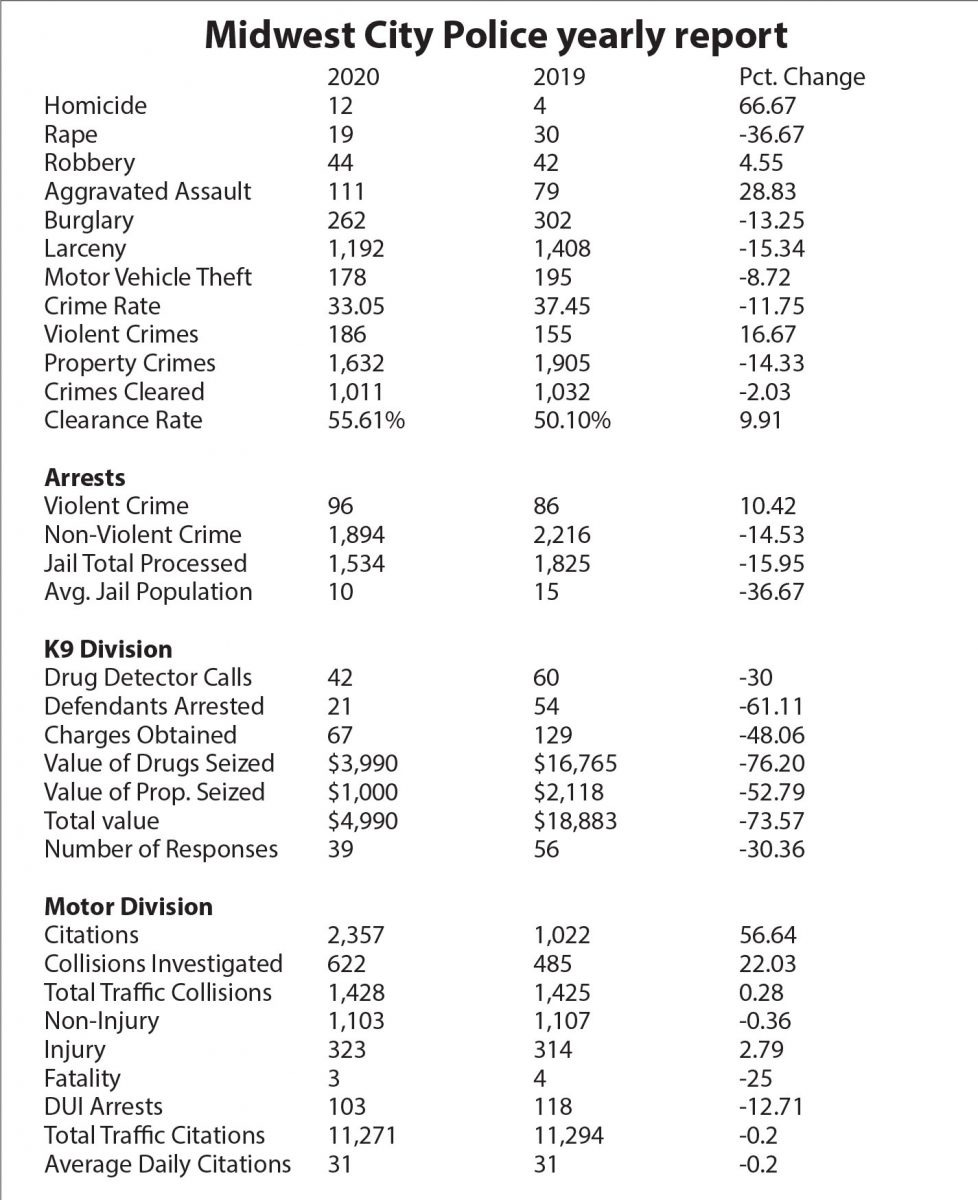