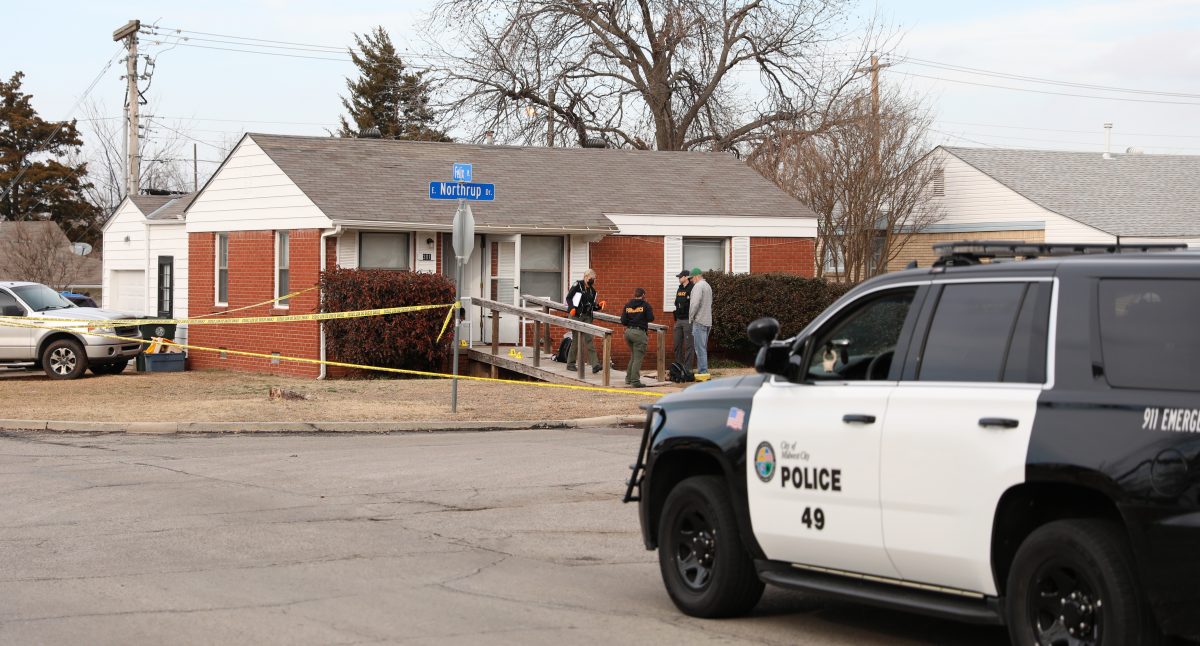 Midwest City police investigate a fatal shooting at a home near Northrop Dr. and Felix Pl. The 35-year-old man was allegedly shot by his 19-year-old stepson following a domestic disturbance at the home. (Photo by Jeff Harrison)

Midwest City police are investigating a fatal shooting this afternoon.

Just after 1 p.m., officers were called to 300 block of Northrop Dr. A woman called 911 saying that her husband had been shot by her son.

When police arrived they found the victim, a 35-year-old man, on the porch. The man had a gunshot wound to his stomach. He was rushed to OU Medical Center and later pronounced dead.

Police Chief Brandon Clabes said the alleged shooter is the victim’s 19-yearold stepson. Investigators are interviewing both the son and the mother.

“They both indicated this was a domestic dispute between the husband and wife,” Clabes said. “The son said he was trying to protect his mother.”

Police have not made any arrests in the case. Clabes said the investigation is ongoing and they will present the case to the district attorney’s office for possible charges.

The victim’s identity has not been released.