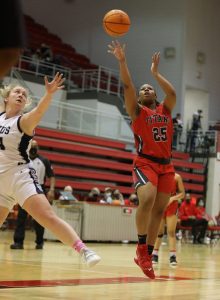 Both Carl Albert boys and girls and the Del City boys will continue to enjoy home court advantage as the 2021 OSSAA Area basketball tournaments continue this weekend while the Bombers from Midwest City will only have to journey to Del City to continue their quest for a berth in the State Tournament.

A victory by the Bombers over Muskogee would set up a battle with the loser of Del City-Broken Arrow for a berth at state.

The Lady Bombers from MWC are just one win away from qualifying for state and will travel to Edmond to play No. 2 ranked Edmond North at Edmond Santa Fe.

Choctaw girls (17-2) will take a Regional championship and the No. 4 ranking into Area play at Mustang where they will face the host Lady Broncos, who are ranked No. 5 with a 19-4 record.

Choctaw boys (13-6, ranked No. 7) were dropped into consolation action by Edmond Santa Fe, but get another chance with a Friday battle against No. 19 Northwest Classen (10-6) at Santa Fe.

A victory by the Jackets would send them to thee qualifying game against the loser of Edmond North-Putnam North.

Choctaw vs Mustang at Mustang, 6 p.m.