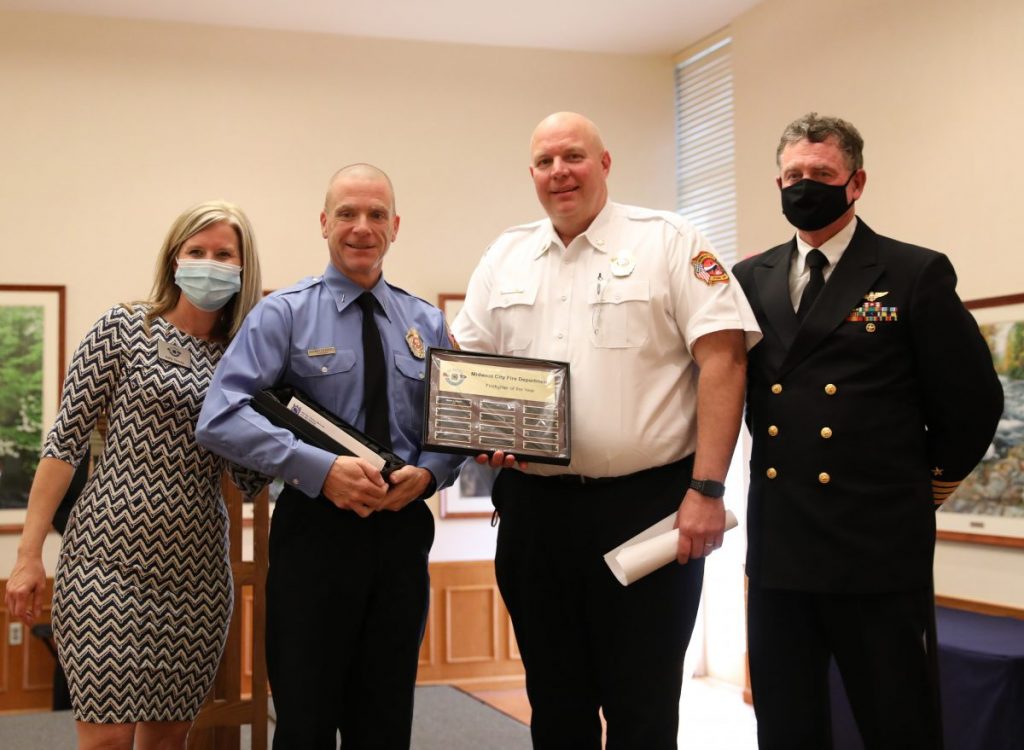 Above: Shawn Lockhart receives the Midwest City Firefighter of the Year Award during the Mid-Del Tinker 100 awards banquet on March 25 at the Del City Community Center. He is joined by Sally Newey, Chief Bert Norton and Cpt. John Keilty
(Photo by Jeff Harrison)

Instead of hosting a traditional banquet, the board members hosted three separate presentations at the Del City Community Center honoring Tinker Air Force Base, Del City and Midwest City.

Awards were given to first responders who have gone above and beyond the call of duty.

Navy Cpt. John Keilty served as the guest speaker for the event. He told the crowd that one of his favorite things about Mid-Del is the important role that police, firefighters and military members play in the community. 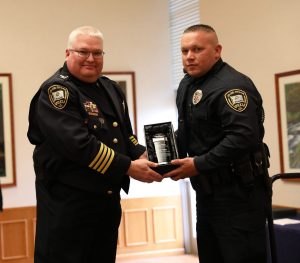 The honorees are selected by the chief or commander from each department.

The event concluded with closing remarks by Chief Jim Rollings who will serve as president of the Mid-Del Tinker 100 Club this year.