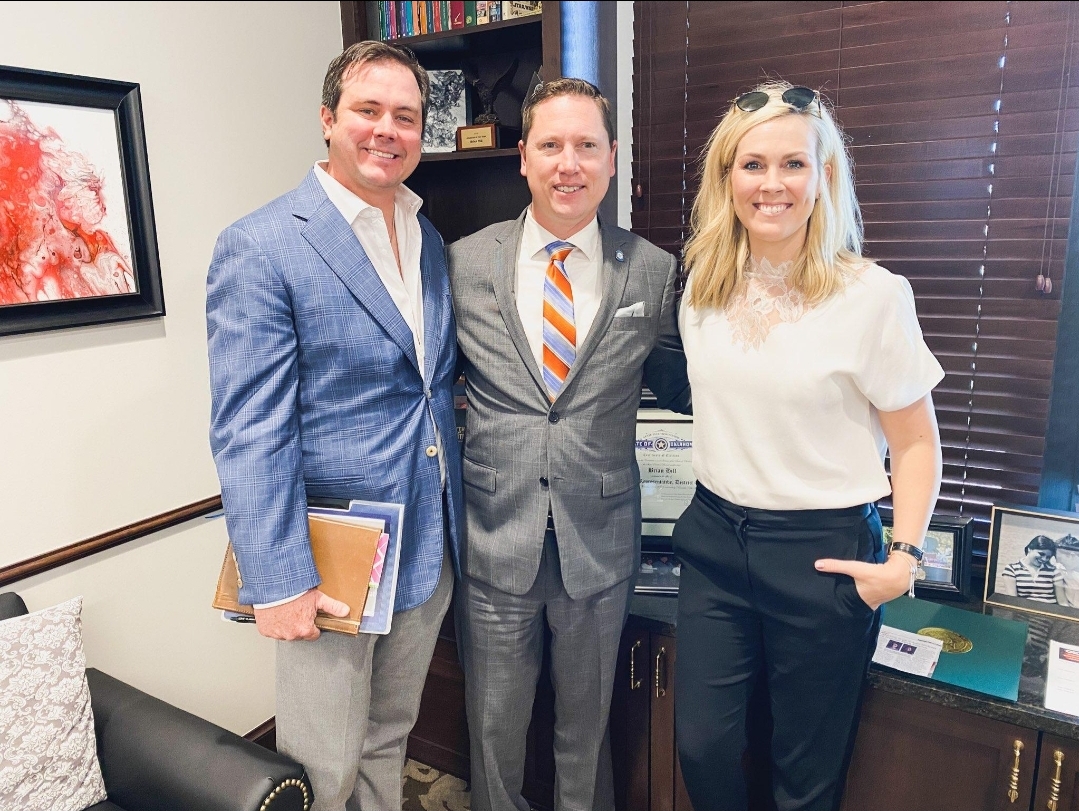 The Oklahoma Legislature has succeeded in bringing the entertainment industry to the Sooner State. Prairie Surf Media has purchased the Cox Convention Center, and turned it into five flexible, state-of-the-art soundstages with all the amenities.

The owners of Prairie Surf Media, Rachel Cannon and Matt Payne, visited the Oklahoma State Capitol in March of 2020, when they began meeting with House District 47 Representative Brian Hill, and other members of the state legislature, to discuss Oklahoma’s film industry future.Cannon and Payne are both Oklahomans who moved to Hollywood, and have returned home over the last few years to build a movie studio here that will create jobs for Oklahomans.

Representative Hill is a member of five committees at the State Capitol, and he is the Vice Chair for the Rules Committee, for which he had the chance to step into the Chair role for last week. He spoke about it afterwards.

“I chaired the Rules Committee today,” Hill said Tuesday, April 6, “so I had about eight bills I was responsible for sharing in that one (meeting). I’ve been working the last several months, and especially over the last week, on the future of the film industry in Oklahoma. That will grow jobs for us and economic opportunity, for us to diversify our economy. I’ve spent a significant amount of time working on the details of that with Oklahoma-owned companies, and out-of-state companies that are interested in having a presence in Oklahoma or putting a location in Oklahoma, thus employing thousands of Oklahomans. This is a great opportunity for us, especially for the younger generation. Jobs will be created that didn’t even exist in Oklahoma five years ago and we’ve been working feverishly on that.”

When people hear the term “entertainment industry,” it’s common to think of performers, but major productions will need more manpower than that.

“That’s where the misconception often is,” Hill said. “They focus on actors, but that’s a small percentage of what an actual production might be. Twenty percent of the production might be cast. It’s the 80 percent that builds the sets, that plumbs sets, that does the electrical work, that does the welding, that builds vehicles. I liked the one we had in Tuttle, where it was a tornado scene, where they literally brought in debris and built the carnage of a tornado. There are so many examples of what that’s pulling into our economy, and where it really makes a big difference for locals.

“Even at the current level, there have been local companies being brought in at higher wages to produce what is needed, even down to catering.

For a while, Oklahoma was trying to use the film business to draw in tourism, but now, Hill said, “It’s turning into being an actual industry. It’s moving into bringing outside companies in to do a movie or a film or TV series, to now having Oklahoma-owned companies that are producing TV series and movies and films for Christian Network and for all of these other outlets. It really is a growing industry, and Oklahoma needs to make sure we’re at the forefront of the growth of online platforms, such as Netflix and Hulu.

“Whereas before, you have large companies, large studios, that would produce a total of 30 to 40 movies that would go into the theaters, annually. Now you have these large studios that are producing 100 films per year, each, and we in Oklahoma have the opportunity to be a large part of that funding mechanism and that’s a huge economic generator for our future, and those are high-paying jobs.

I believe that as we’re talking about diversifying our economy, this is just one more opportunity to accomplish that goal.”

This new industry in Oklahoma means the most to future generations.

“Our kids have the opportunity to thrive in this industry, if this is something they want to do,” Hill said. “This is about our kids having every opportunity to have any job that they would want here in Oklahoma. We tell that to our younger generation all the time. If you see something missing that you believe would make Oklahoma’s economy stronger, let’s build it and that’s what we’re doing with the film industry.” 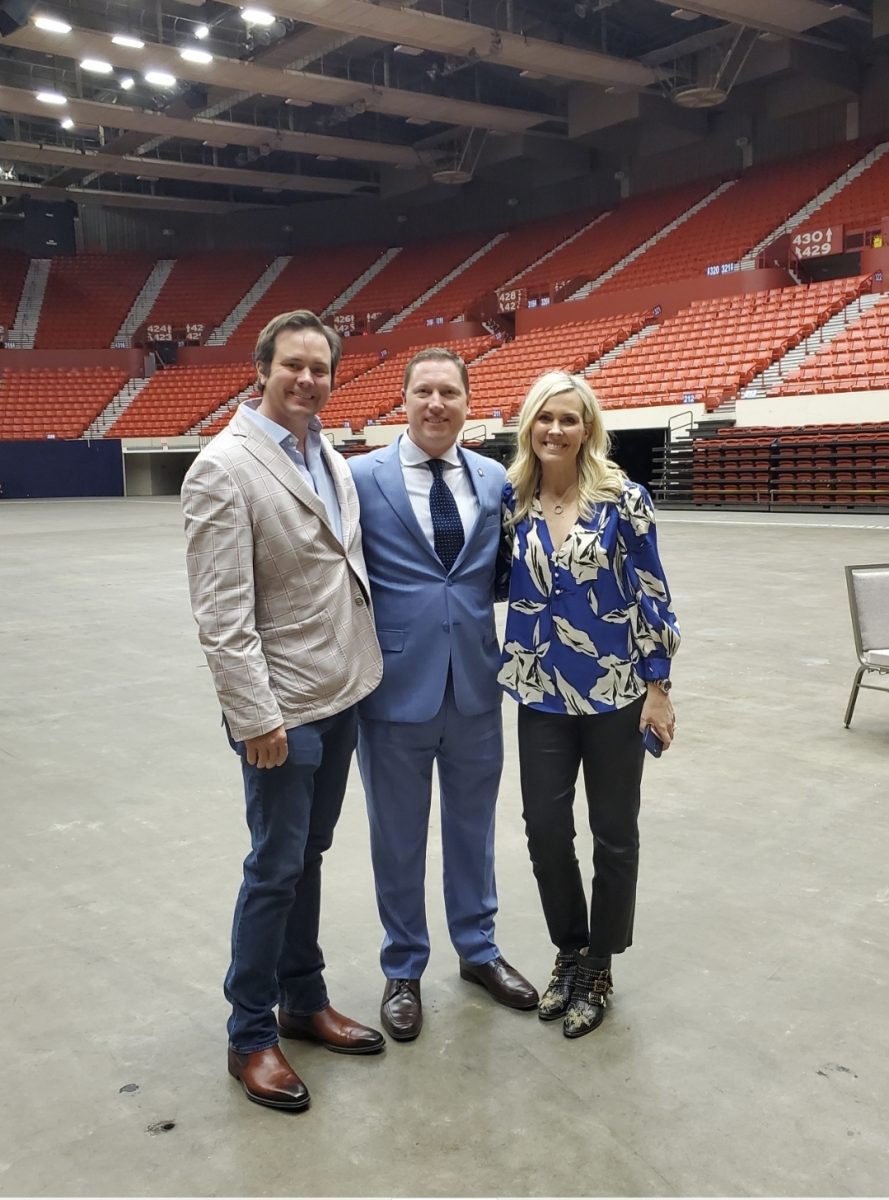 House District 47 Representative Brian Hill is joined by Rachel Cannon and Matt Payne at Prairie Surf Media, formerly the Cox Convention Center. Cannon and Payne are both Oklahomans who moved to Hollywood, and have returned home over the last few years to build a movie studio here that will create jobs for Oklahomans. Prairie Surf Media purchased the Cox Convention Center. HD47 Rep Brian Hill said this deal is about new industry, economic diversification and job creation for Oklahomans.