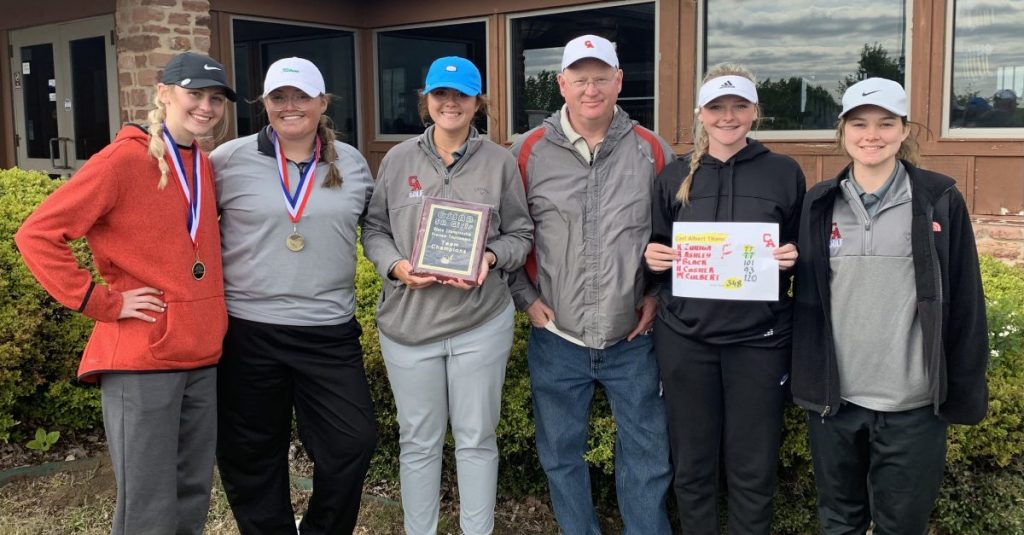 If last week’s 5A State Championship Preview Tournament is any indication, the Carl Albert girls golf team could be primed for a big postseason.

The Titans won the team title and had the top two individuals in Kamryn Zuniga and Rylan Ashley. The two shot matching rounds of 77. Zuniga took medalist honors after winning on a two-hole scorecard playoff at Chickasaw Pointe Golf Club in Kingston.

Carl Albert took first place with a team score of 348, finishing three strokes ahead of Durant. Duncan came in third with 394.

Durant was led by Scarlet Sturch with an 83 and Mikaela Karanja with 84.

It was the Titans’ fifth tournament title this season.

Libby Bradshaw, the team’s number three golfer, did not play due to a knee injury. She is expected to return for regionals and state, said coach Robert Epperly.

The girls golf state tournaments are scheduled for May 5-6.