A social media group of anti-maskers who say they will target Mustang’s Board of Education May meeting on Monday made their first appearance at another such gathering, disrupting Yukon’s school board meeting with demands, screams and shouts as they demanded the district drop a mask mandate with only 13 days of school left for the year.

In a discussion punctuated by dozens of interruptions that prompted Yukon school board president Suzanne Cannon and Superintendent Dr. Jason Simeroth to plead with the crowd of about 50 people, many of whom identified themselves as members of the “unmask the kids” effort, to let individuals – including board members – speak, Yukon eventually in a 3-2 vote partially dropped requirements for masks for elementary, intermediate and middle school students, but only while those students are sitting in the classroom.

Students and Yukon High School would remain under a mask mandate indoors under the decision.

Simeroth announced even before the discussion and outbursts the district had dropped mask restrictions for outdoor activities and events, although Yukon continued to recommend the use of masks based on U.S. Centers for Disease Control and Prevention guidelines.

Simeroth also said the district would determine how it should move forward on mask requirements for the 2021-2022 year at a later date, based on the situation surrounding the novel coronavirus closer to that time. The superintendent said administrators were cautiously optimistic.

“We’re hopeful next year we’ll need no masks at all – again, that’s our hope but it depends on how things get,” Simeroth said.

Those comments appeared to be completely disregarded by both the extremely vocal crowd and anti-maskers watching the meeting on Facebook Live. Several individuals – many of them repeatedly – asserted administrators were talking about the next school year, while others attempted to correct them, receiving threats and insults in return.

One woman who has posted prominently on social media about her efforts to “unmask the kids” rushed the podium during the meeting, screaming incoherently. The woman – who refused to wear a mask herself, despite the district’s requirement to do so – continued to scream throughout the meeting, as did several other individuals who would not allow anyone with a differing viewpoint to speak.

Disruptions were so severe and so frequent Cannon said more than once she was ready to stop the meeting; she requested security to remove the screaming woman, who remained throughout the proceedings, Yukon Progress Editor Robert Medley reported. Yelling and screaming was so loud administrators and board members said at times they could not hear each other; in covering the meeting via Facebook Live, there were times those individuals could not heard over the din of anti-maskers not pictured on the live stream.

Some parents had to take their children out of the room due to the vitriol and language used by some anti-maskers, an administrator said after the meeting; online, while there were many comments praising those individuals’ efforts, many posters condemned the tactics of those screaming, threatening officials and disrupting the meeting.

In the wake of the Yukon meeting, some “unmask the kids” enthusiasts celebrated and took credit for the partial mandate lift, saying they next planned to concentrate on Mustang’s May 10 Board of Education meeting. Before Monday’s YPS gathering, several posters encouraged each other to attend both meetings – whether or not they had children attending that district; that call continued Monday night.

“We need to make sure we have hundreds of people there this time and we’re not leaving until we get what we want, period,” one man posted. “We’ve proven we can get them to do what we want and we’re not settling for anything else.”

“Unmask the kids” has come to the attention of various entities after posting online they planned to storm both Yukon and Mustang board of education meetings demanding the immediate cessation of any type of mask mandate. Anti-maskers participating in discussions have stated they would refuse to leave school board meetings.

Several of those individuals also stated they refused to get vaccinated for COVID-19, apparently not due to health concerns but because it was a perceived infringement of their “personal freedoms.”

“People are just sheep,” one woman posted concerning both masks and vaccinations. “They aren’t telling me what to do – I’m not wearing a mask, I’m not getting vaccinated and I’m not listening to them try to control me.”

At least some of those people appeared to pattern their behavior on a situation that took place at an Arizona school board meeting, where anti-maskers attempted a coup of the Vail, Arizona, school board. Several “unmask the kids” members have circulated supposed coverage of that meeting that stated that coup was successful; however, that story was not factual, but rather a propaganda piece that at least some – and it appeared several – anti-maskers took as fact.

According to both local and national credible news sources, while anti-maskers were able to disrupt a Vail school board meeting, they did not – as reported in the story they posted numerous times on social media – did not force members to resign or install their own representatives on that board.

Mustang Board of Education is set to meet May 10 and the district’s mask mandate remained in place as of press time. Simeroth said – and independent research confirmed – that nearly every major school district in the Oklahoma City metropolitan area continued to maintain a mask mandate for its students as the 2020-2021 school year winded down to a close. 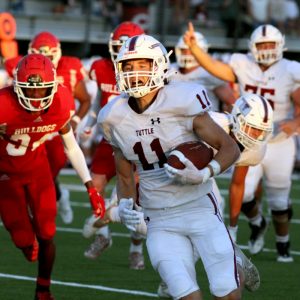 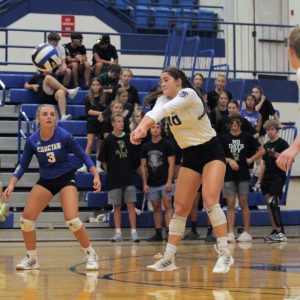 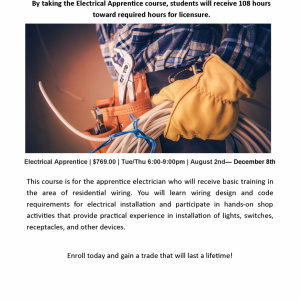