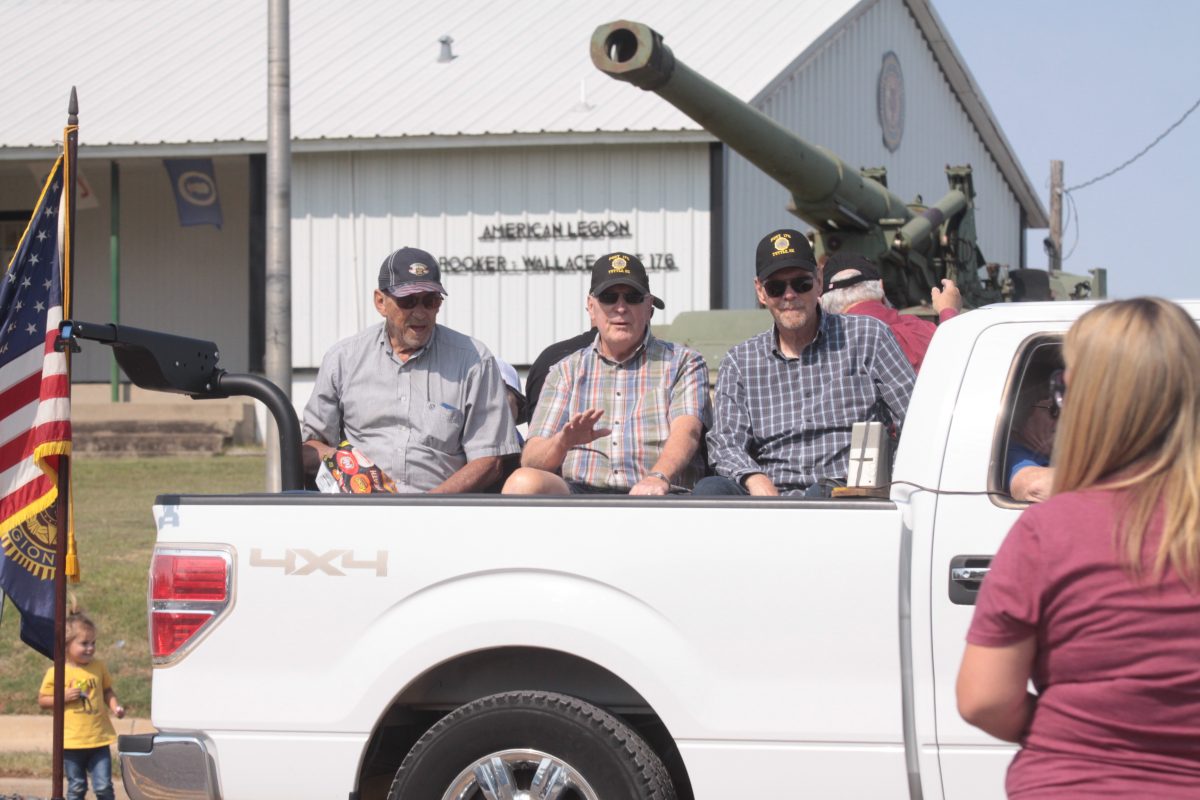 Thursday, May 27 at 9 in the morning, the American Legion Rooker Wallace Post 176 and the Boy Scouts Troop 4338 are going to be putting flags and crosses out on the veteran’s graves at Fairview Cemetery, which is located at 1001 East Rock Creek Road in Tuttle.

Local Legion Commander Jim King said Wednesday, May 12 that any help is more than welcome.

“Any support from the community,” King said, “anyone who wants to come out and help, is more than welcome. It depends upon the number of people, it can be an

ywhere from a project that lasts three to six hours. The more people, the less time.”

The Times asks the Legion Commander every year the importance of Memorial Day.

He has often passed up the opportunity, as a man who does not like to grandstand.

There are speakers at the service who pay homage to those service members who have passed on, so he has always left it to them. However, this year, King does have a message about its importance.

“The last couple of years I’ve just said who I was and turned it over to everybody else,” King said last week, “but this year, I’m going to make a comment about the fact that our country is in serious shape. We need to really realize that we’re out here celebrating people that gave their lives to keep us free and independent, and keep us a Democratic Republic. That’s what Memorial Day is all about. We’re going to eulogize the people that have come before us.”

That’s not all, either. The Legion is in the process of a remodel. Over the weekend, the Legion installed a wheelchair ramp at the post, which is located at 1 E. Main Street. For those interested in volunteer opportunities, contact the American Legion.

“We’ve got to redo the signs on our trailer,” King said. “We’re going to probably lay out the bathroom floor, so we got all kinds of things going on.”

Vickie LaVicky helped the Legion get its ramp. Her dad, Dave Williams, started declining in health about three years ago, and he was unable to walk. He eventually suffered an amputation in 2020.

“A friend at church, Tim Weaver, was building a temporary ramp f

or our church, while it was under construction,” Lavicky said Friday. “When discussing with him about possibly building a ramp to help get my dad in and out of their house for his many dialysis and doctor appointments, he told us that he had a ramp.”

Tim even helped Vickie’s brother-in-law, Billy Joslin, install it at their house.

“Tim was such a blessing to our family,” Lavicky said. “He is/was an Oklahoma City Fireman.”

The ramp was from a member of Weaver’s family, another veteran, who had passed away.

“He just wanted it passed on to another veteran,” LaVicky said.  “It was a huge help for our family during dad’s last years. He passed away in July 2020. Tim just asked my sister, Kristie Joslin, to pass it on to another vet. Kristie then called me to see if I knew of one. Since we had a relationship with Jim King through our churches, the food pantry, and the Legion, I contacted Jim to see if he knew of a veteran that could now use it. Jim was excited to get it for the Legion, and add it to the remodeling going on there. We were all excited to see it continue to help many more veterans.”