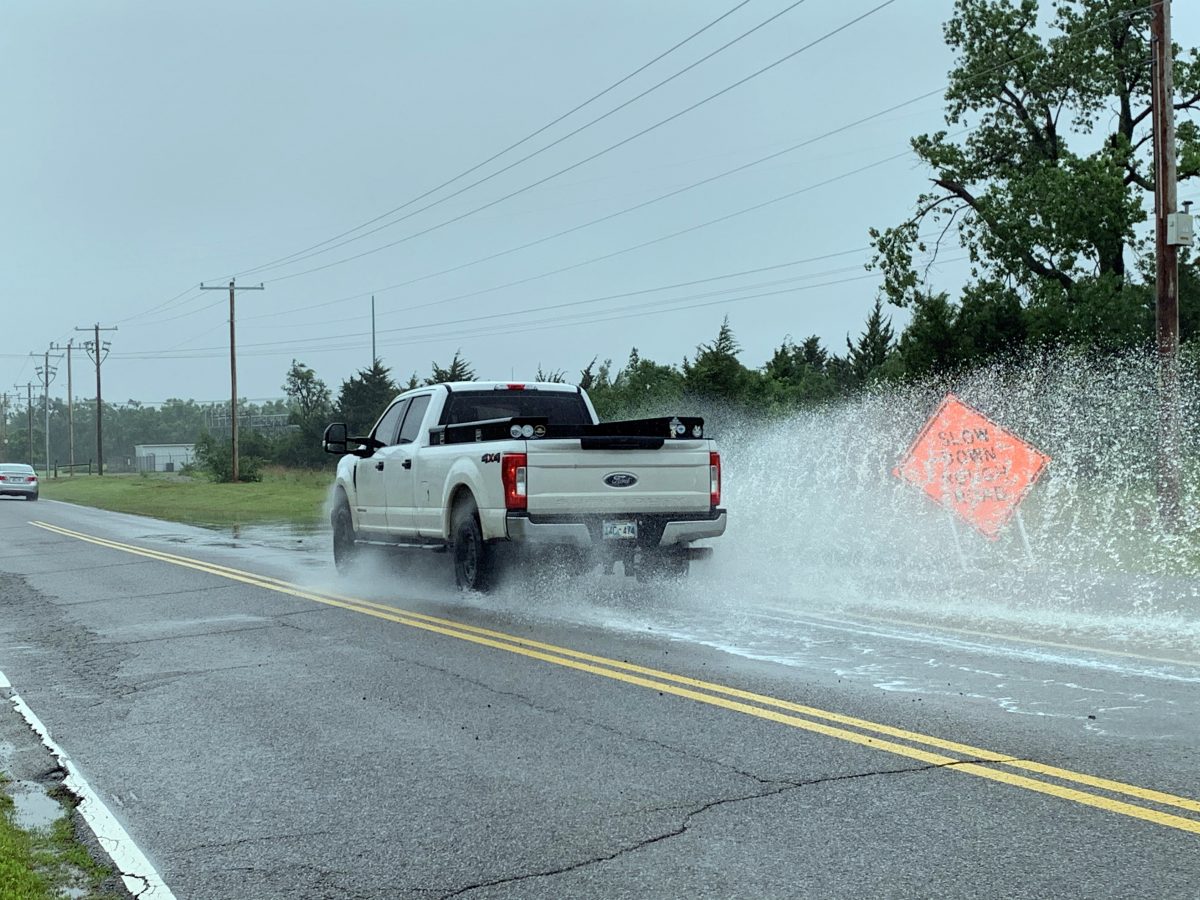 A sign warns drivers of rough conditions on Sara Road in Mustang during a Monday rainstorm. City officials announced late last week they would undergo a temporary overlay project for the roadway expected to be performed June 9-10, after Oklahoma Turnpike Authority pushed backed a long-anticipated expansion of the thoroughfare. (Photo by Traci Chapman)

With a delay in Oklahoma Turnpike Authority’s work to widen Sara Road, Mustang officials announced last week they would perform a temporary fix of issues plaguing the thoroughfare in the coming weeks.

City Manager Tim Rooney advised in his Ma report crews would perform overlay repairs to ensure safety along the route until the long-anticipated OTA project could begin. Work was set to begin June 9 as of press time, continuing June 10 – weather permitting – and work would be staged to allow repairs to both south and northbound lanes.

That would mean the roadway would be closed to one direction of traffic at times, as well as open only to local traffic as each side was repaired.

“Normal work hours will be from 7 a.m. to 4:30 p.m.,” Rooney stated in his report. “Please expect delays in this area during the temporary overlay project – assuming weather cooperates, the repair/overlay project should be limited to two days.”

Once the widening project is completed within Mustang city limits, four lanes of Sara Road will transform to four lanes, with five-lane interchanges at section line roads.
OTA is now expected to bid out the project in September, officials said.

A traffic signal located at SW 89th and Highway 4 will also be part of improvements, after Mustang City Council in 2017 approved it; the project overall was approved by voters as part of a 2016 sales tax extension.

Rooney said engineers have now completed the design phase of the project.