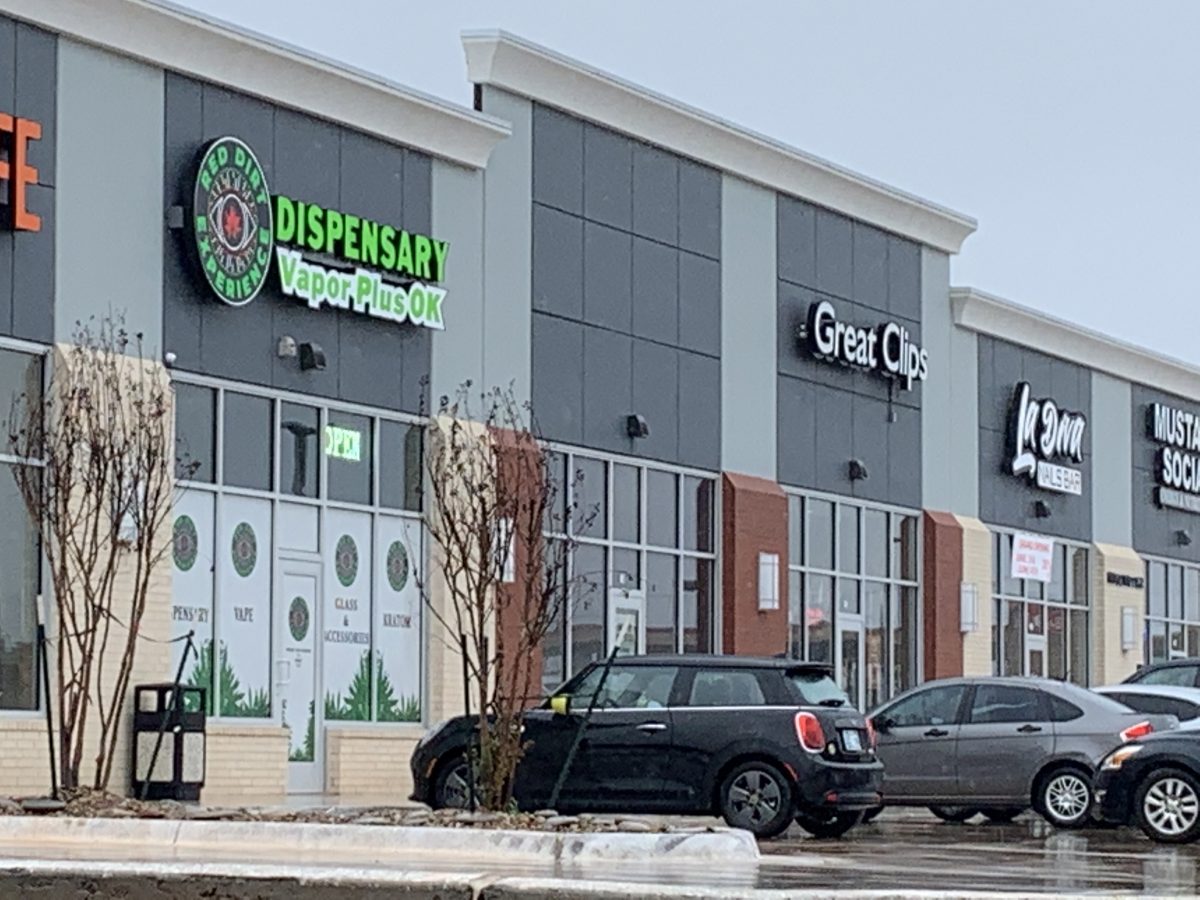 One of Mustang’s newest retail sites, Mustang Plaza, has seen a lot of recent development, as several businesses have already opened and a new restaurant, The Lokal, has now applied for a business permit, city officials say. (Photo by Traci Chapman)

Sherwin Williams will locate its first retail paint store in Mustang in the coming months, after submitting plans for a site on East state Highway 152 – just one of several recent business developments across the city.

Sherwin Williams’ newest location is slated for 1240 E. state Highway 152, just west of Okie Express Car Wash. City Manager Tim Rooney stated in his May report the retail location was expected to be about 6,410 square feet.

Another site in transition is the former Stage store, located at the intersection Mustang Road and state Highway 152. The previous retail location was expected to be transformed into a gymnastics center, with interior finish work in progress, Rooney reported.

As Atwoods Farm & Ranch recently celebrated the opening of its newest store, in Yukon, the retailer submitted plans to the city Community Development Department for its planned 63,000 square foot location slated for Mustang. Those plans were under review as of press time; the store’s location is just west of the Wild Horse Canyon residential housing subdivision currently under construction on South Sara Road, close to the city’s far south border.

Another project slated for that area is a building commercial/warehouse site, which features two buildings sized 10,000 and 12,000 square feet. It was not yet known as of press time what entity or entities might occupy that site once completed. City staff were processing plans as of Monday.

Just north of that area is ongoing construction at Thunderbird Business Center, comprised of six buildings. Rooney said driveways and parking lots were being prepared, while the site’s largest building – its sixth – was in the framing process.

In the 400 block of North Sara Road, Locke Supply Store is readying for its newest location. City staff have now issued permits for the 29,750 retail site, the city manager said.
Mustang Plaza, located on East state Highway 152 in front of Mustang Lowe’s, is a hub of recent business openings – including Tropical Smoothie Café, La Diva Nail Salon, Great Clips, Mustang Social, Vapor Plus OK Dispensary, Sports Clips and La Diva. The Lokal recently applied for a business license, Rooney stated in his report; the restaurant already has one location, in Yukon.
Mustang Plaza was completed in 2020 and comprised of 16,250 square feet in total, broken down into 10 suites of 1,625 square feet each, according to property documentation.

Two existing businesses also have been working with Mustang’s community development staff – K&M Tire Warehouse, located in the 300 block of Cedar Springs Lane, is almost finished with an expansion project, while the CVS at the intersection of state Highway 152 and Mustang Road has obtained permits for a store remodel. Fire and construction final inspections were pending as of late last week, the city manager said.