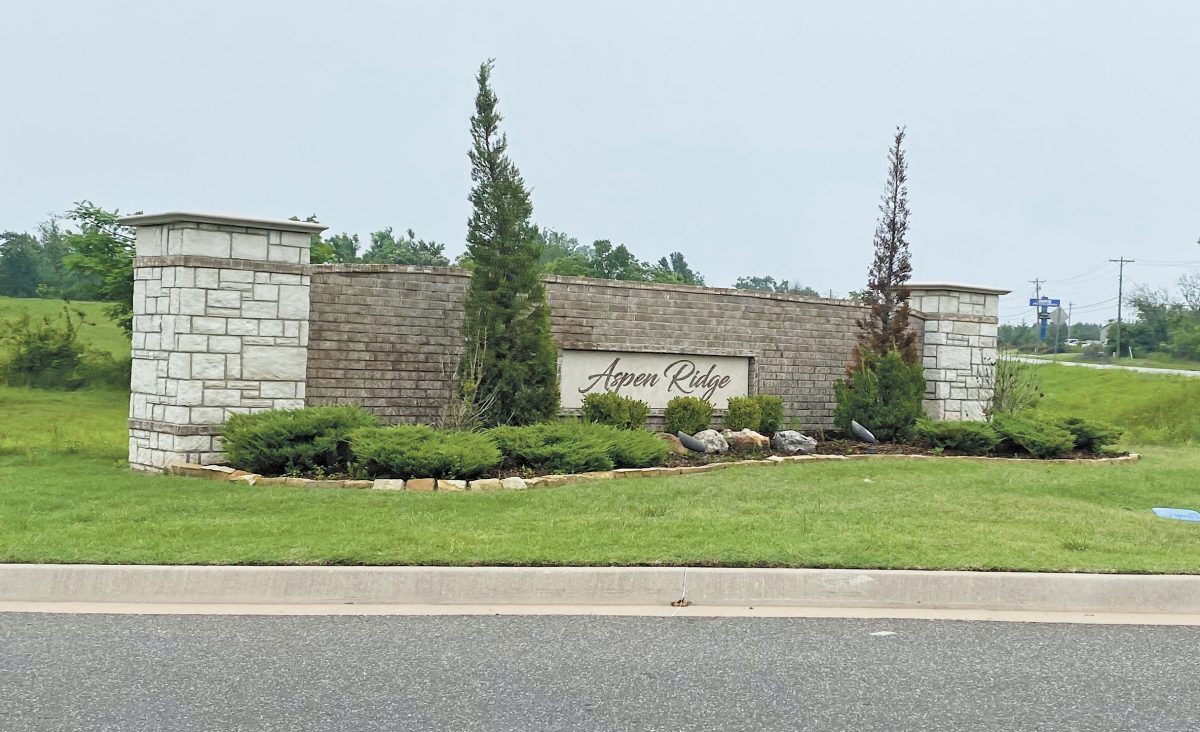 The Midwest City Council approved changes to a preliminary plat for the Turtlewood/Aspen Ridge housing addition to allow for a larger stormwater detention pond. Photo by JEFF HARRISON

The developer of the Turtlewood/Aspen Ridge Addition, located near SE 29th St. and Westminster Rd., submitted a revised preliminary plat that included additional land that would be used for stormwater detention. The larger detention area would help address concerns about stormwater runoff to neighboring properties.

Councilman Pat Byrne asked who would be responsible for maintenance of the detention pond. Billy Harless, community development director, said it would be the responsibility of the Aspen Ridge Homeowners Association and said the same question was presented by a resident during the planning commission hearing.

“One of the reasons they changed the name in the subdivision was to help clarify that,” Harless said.

On May 25, the council approved the revised preliminary plat with the condition that the city attorney could review the language before a final plat is considered.

The Turtlewood/Aspen Ridge Addition preliminary plat includes 34.30 acres of undeveloped land. The developer is currently building 71 houses on the western portion near the proposed detention pond. A separate section on the eastern side of the subdivision is slated for 77 additional homes as part of a future development.