As per terms of his contract, Lucas will receive six month’s severance pay.

However, holdover council members Tom Barron and Cass Smith joined with newcomer Paul Wiegert to defeat the motion by a 3-2 margin every time with Trent and Ward 3 councilman Chris Lally, who ran as a team with Trent in the last election, favoring Lucas’ removal.

Lucas did not tender his resignation but informed his three supporters on the council that it was clear that “…the mayor and I are never going to be able to work together…” clearing the way for the motion to terminate his contract, which was unanimous after Smith made the motion. 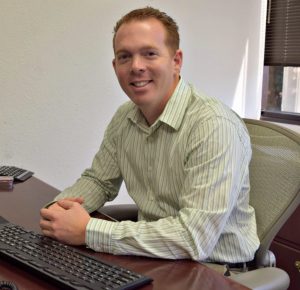 The mayor and city manager have repeatedly locked horns in debate during the open public meeting. Since his first meeting at the helm of the council, Trent questioned agenda items and existing contracts that were initiated by the previous City Council.

“I’m looking at the best interests of the City of Harrah and the people living here,” said Trent. “We’re going to stand up for what’s right.”

He was outspoken in his disapproval of economic development incentives and contracts executed by Lucas and previous city leaders.

He will have one less challenging issue with Lucas’ departure.

However, Lucas is not the only carryover city official to clash with Trent.

Robert Thompson, city attorney for the City of Harrah for 40 years, had submitted his letter of resignation prior to Trent taking office April 16.

“It is with no small measure of sadness that I hereby submit my resignation as city attorney of Harrah, as requested by the new mayor elect, to be effective April 30, 2021,” wrote Thompson in his resignation letter.

However, Thompson agreed to withdrawal his resignation following a contentious City Council meeting that featured several combative exchanges between the newly sworn in mayor and city manager.

“After much contemplation, I have reconsidered my resignation and I hereby withdrawal my letter,” wrote Thompson, April 20. “I will continue to serve as City Attorney at the pleasure of the City Council for so long as the City Council deems it beneficial.”

GOOD NEWS! On a more positive note, the City of Harrah received an all-time record sales tax collection for the month of April, breaking the $300,000 barrier with $302,006 for the final month of the fiscal year.