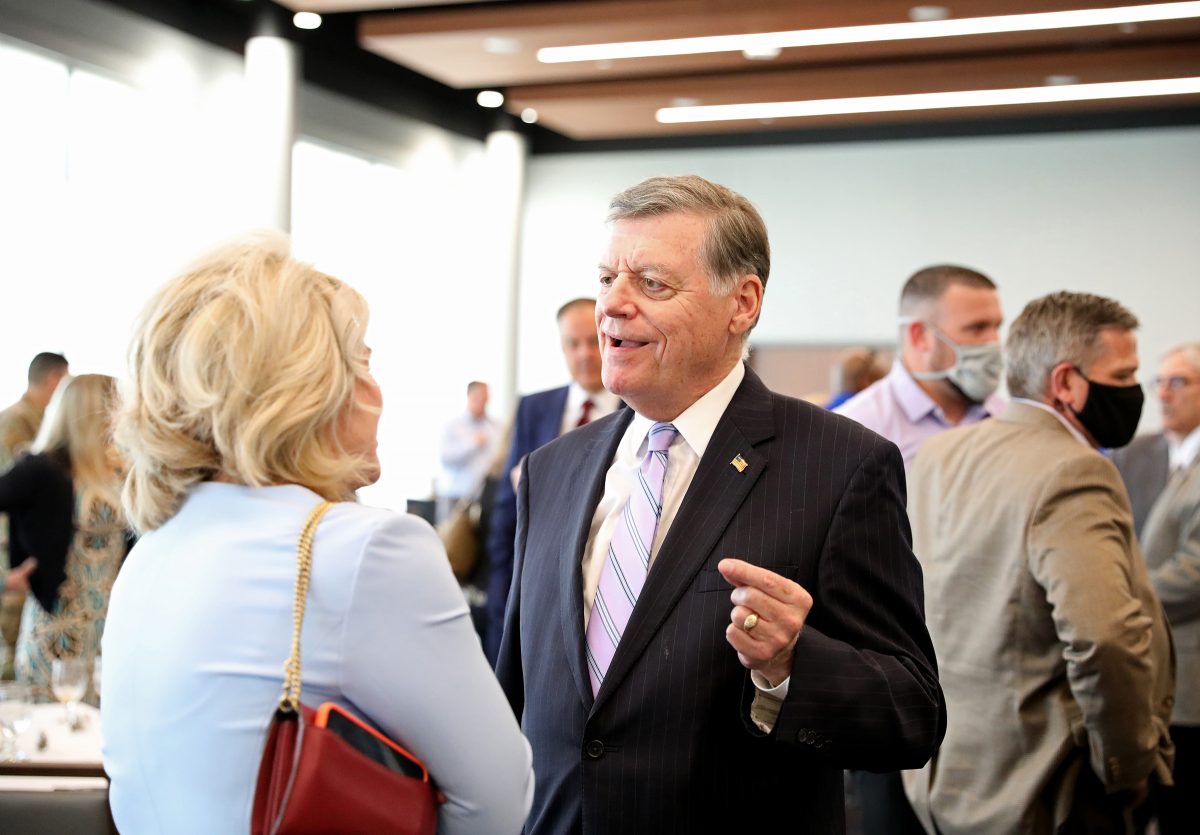 A decade-long ban on congressional earmarks is over.

And Midwest City could see the benefits.

Congressman Tom Cole is seeking more than $38 million in community project funding in Oklahoma’s 4th District, including $5 million for a water infrastructure project in Midwest City.
Midwest City is currently replacing a water booster station and underground storage tank with an above ground tank. The original facility, located on Felix Pl. near Country Estates Elementary, was built in the 1940s and 1950s.

The $5.2 million project is funded through a 2018 general obligation bond issue. The project is slated for completion in January 2022.
Cole’s requested earmark would pay for the construction of a second water storage tank.

“As a member of the House Appropriations Committee, I believe there is a time and a place for congressionally directed funding for projects to provide much needed updates in communities,” Cole said in a statement. “When focused on core infrastructure and community service needs, this tool can vitally help members ensure their constituencies are not overlooked. When evaluating community project funding requests, my top priority includes looking at whether the project is a good use of taxpayer funds as well as if the requested project would benefit Oklahomans in the Fourth District.”

Cole originally requested $82.4 million for community projects but pared that down to $38.1 million. The smaller request was largely due to reduction in the cost for redeveloping an industrial air park in Ardmore into a global logistics hub. Cole originally asked for $50 million for the project but lowered it to $3.9 million. He also reduced a request for redevelopment of a commercial center in downtown Lawton from $7.95 million to $3.95 million.

“The revisions were made in conversation with the communities in order to reflect a narrower project scope for this fiscal year,” he said.

Earmarks are a way for lawmakers to direct federal dollars to projects they support. Congress did away with the practice more than a decade ago over concerns of wasteful spending before bringing it back this year. The House of Representatives is limiting the amount of money that can be used for earmarks and insisting on transparency.

The federal funds would be used for improvements to a Midwest City booster pump station and construction of a second water storage tank. The booster station is fed by ground water wells and helps stabilize pressure for the entire municipal water system.