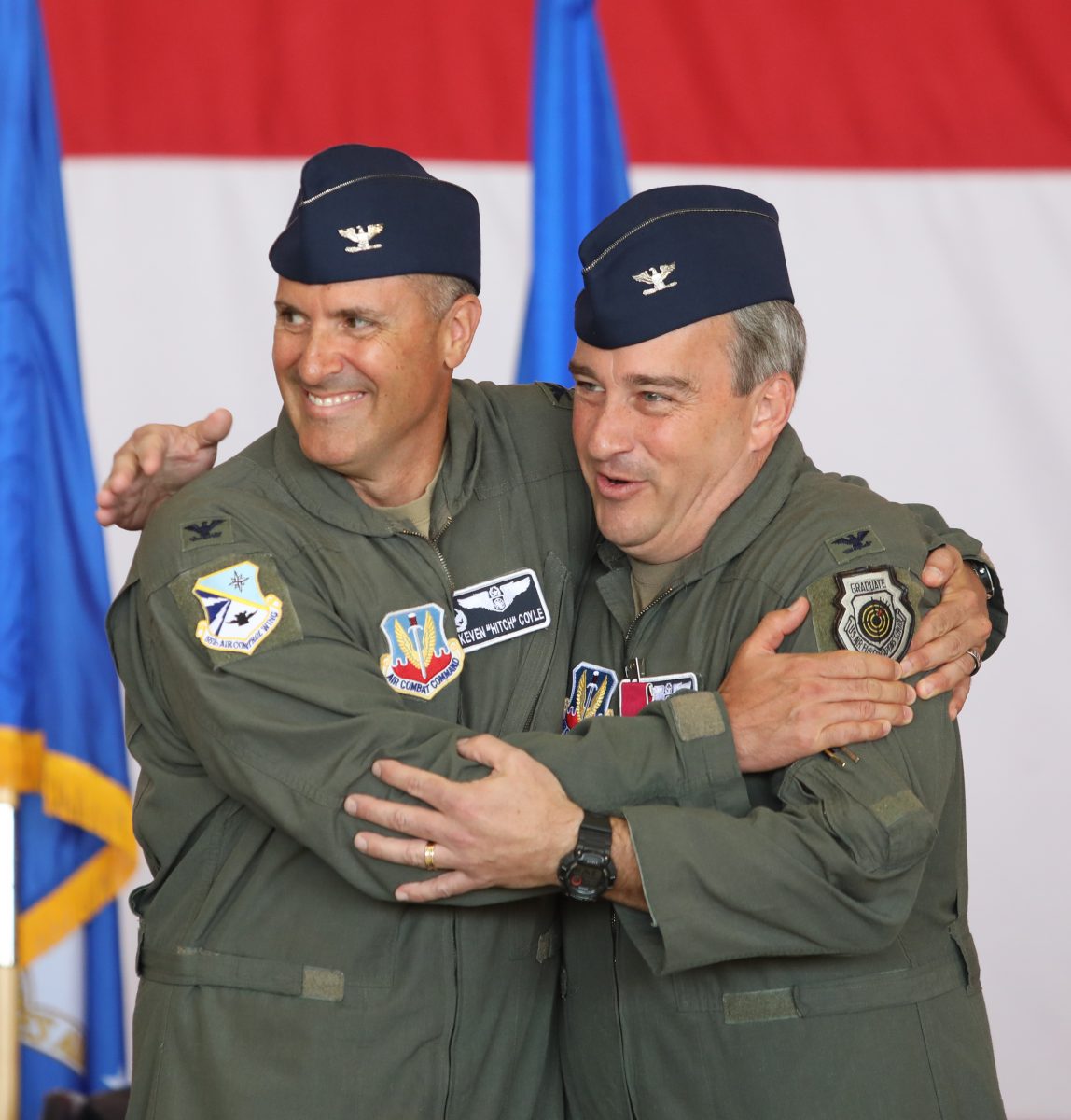 Sebren and Coyle take reins of 72nd and 552nd

Tinker Air Force Base welcomed new leaders during a pair of recent change of command ceremonies.

Col. G. Hall Sebren Jr. succeeded Col. Paul Filcek as commander of the 72nd Air Base Wing, and Col. Keven Coyle succeeded Col. Alain Poisson as commander of the 552nd Air Control Wing.
Sebren comes to Tinker from Ogden Air Logistics Complex, Hill Air Base in Utah where he served as vice commander. He took command of the Wing during a June 25 ceremony at the Tinker Event Center.

Lt. Gen. Gene Kirkland, Air Force Sustainment Center commander, led the ceremony and commended Filcek for leading the base through a challenging time that included both a global pandemic and troubles with privatized housing.

“I have watched Col. Paul Filcek stand tall during significant challenges not of his making,” Kirkland said. “He took ownership to design and execute a way forward while informing local and Air Force level priorities.”

Tinker also opened a new air traffic control tower and critical upgrade projects for base gates, during Filcek tenure. Filcek deflected recognition to the men and women of the 72nd Air Base Wing.

“Thank you every single Wildcatter for being defenders of our nation whatever you do. And for doing it better than anyone I’ve seen. And for not settling for excellence but striving to make history,” Filcek said.

Sebren thanked Kirkland and Filcek for their confidence. And he emphasized the collective importance of every one person on base. 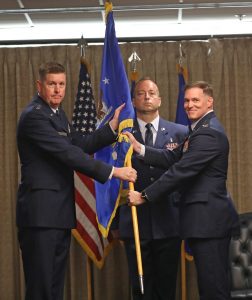 Col. Hall Sebren (Right) accepts the flag from Lt. Gen. Gene Kirkland during a June 25 change of command ceremony for the 72nd Air Base Wing. (Photo by Jeff Harrison)

As base commander, Sebren leads nearly 3,000 Airmen and is responsible for $5.4 billion in resources and a $311 million operating budget. He provides installation support for over 27,000 personnel at Tinker AFB.

On June 30, Coyle took command of the 552nd Air Control Wing during a ceremony on base.

“To the Mustangs, Griffins, Eagles, Hard Rockers, Angry Warriors, Sabres, Scorpions, Canadians, Wizards, Vikings, Blue Knights, Phoenix, Golden Eagles, Bulldogs, Maintenance Cougars and Eagles, and Panthers who are deployed, here we go. The checklist is complete,” said Coyle. “It’s time for us to jump on board and get after things. Your positive attitudes and dedication have truly exemplified our wings plan to train hard, rapidly deploy forward and win in the face of adversaries who want us to lose at all costs — in all things. You have done well, and will continue to do well. Our path forward is not an easy path. It will require sustaining a fleet of aircraft that is just wanting to give up. But we’re going to do it. We’re going to make that sexy beast fly.”

“The warriors of the 552nd have been exceptional because they were well led,” Franks said.

Poisson in his farewell address thanked the men and women of the 552nd ACW for their dedication and professionalism. He said he and his wife Karen have enjoyed their time at Tinker.

“It’s been my honor and the highlight of my career to serve as your wing commander,” said Poisson. “I can’t imagine a more rewarding a career, then what Karen and I have experienced these past 28 years. If asked in future years – when I’m older and grayer – what we did to make our life worthwhile, I think I will respond with a great deal of pride and satisfaction, I served in the 552.”