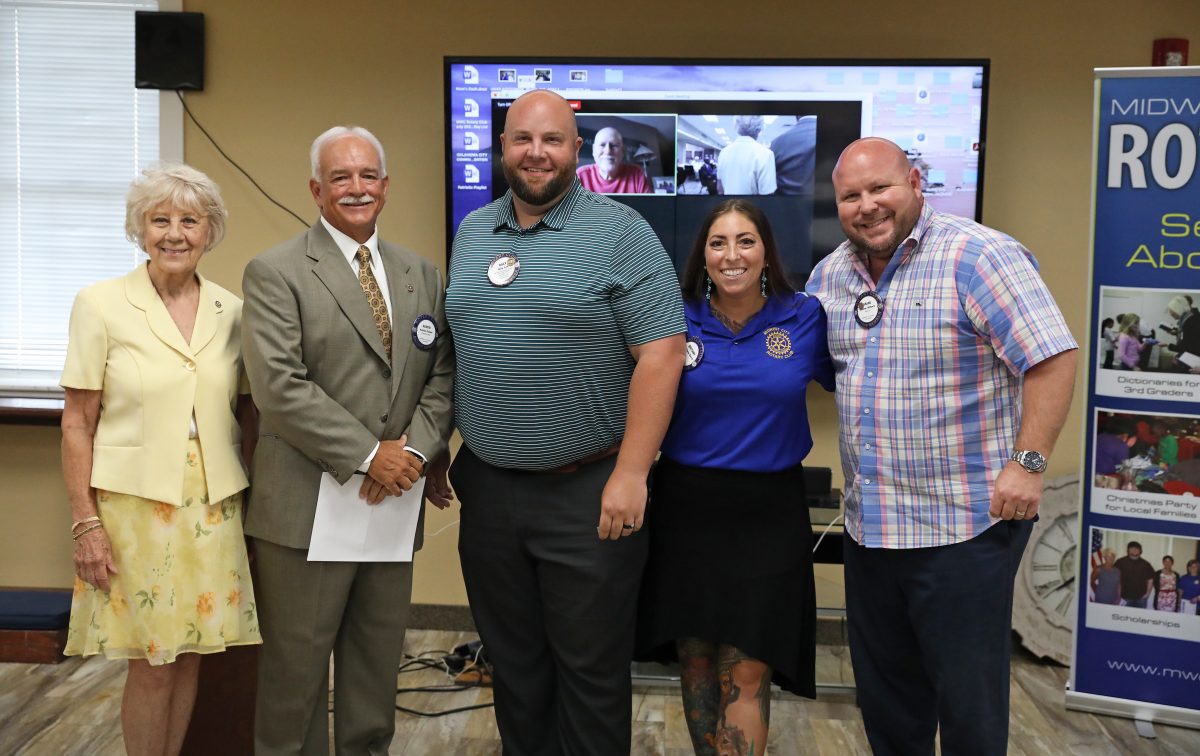 The Midwest City Rotary Club recently welcomed new officers and celebrated past ones.

Austin Fisher was sworn in as president for 2021-22 replacing outgoing president James “Chili” McQuillar. Before handing over the gavel, McQuillar thanked those who served on the board during a challenging past year.

“We’ve done a whole list of things in addition to our normal grants, normal shoe distribution and common projects,” he said. 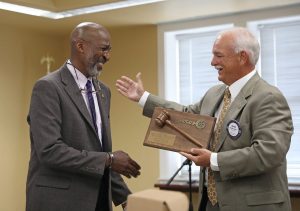 Sally Newey and Mukesh Patel were named the Rotarians of the Year, and new member Ben Osenga received the Rising Star Award.

Fisher thanked McQuillar for his leadership through the pandemic and urged the group to reengage with the community through social events and projects.

“Chili brought us through this pandemic year of COVID and I think the world has made a turn,” Fisher said. “I think we’re moving out of that phase of COVID and moving back to world of normalcy. One of the things I’d like to see is to get all the members back in the room together. Back working on projects together.”

Fisher said they are planning the shrimp boil and Mexican breakfast fundraisers for this fall. He said they hope to add another social event this summer to allow members to reengage.

The Midwest City Rotary Club has been meeting on Monday afternoons at Wickline United Methodist Church. They also live stream the meetings through Zoom. They will discontinue the Zoom meetings at the end of the month.