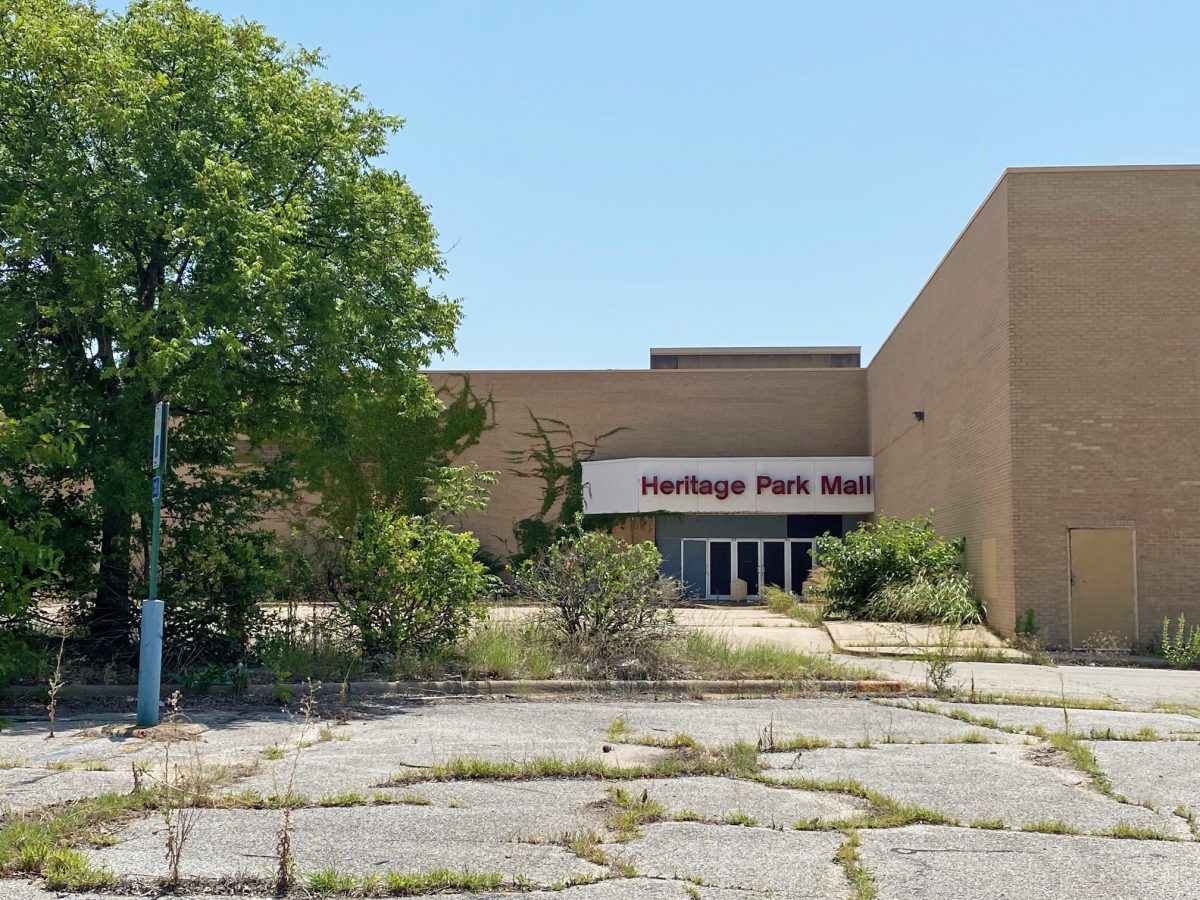 A federal court judge ordered that Midwest City could not terminate power to the former Heritage Park Mall building. The city issued a termination letter due to “unsafe conditions” in the buildings at 6777 and 6801 E. Reno Ave. Photo by Jeff Harrison

Midwest City Fire Marshal Duane Helmberger issued a notice of electrical service termination to 6777 and 6801 E. Reno Ave. due to “unsafe conditions.” The properties include the former mall and Montgomery Wards building which are owned by Ahmad Bahreini or ABAB, Inc.

Electrical equipment and materials inside the property were vandalized and needed to be approved by an electrical engineer or manufacturer, according to a June 29 letter from the city’s building inspector.

In a July 21 order, Judge Joe Heaton granted Bahreini’s request for a temporary restraining order and injunction to prevent the electricity cut off.
Heaton wrote that the circumstances at the former mall properties are “not materially different today” than when the city first sought to cutoff utilities to the property in early 2020. The city later withdrew that request.

He said that a utility shutoff would “substantially harm” the property owner in several ways, and did not believe the property poses a risk to the public since it is closed.
In closing, Heaton asked that the matter be resolved in a civil trial set for October.

“Absent a substantial showing of an imminent threat to public health and safety, it makes sense to preserve the status quo until then,” Heaton said.

Bahreini has been in a legal battle with Midwest City for years over the condition of the mall. The city has issued numerous citations for building and fire code violations since 2017.

The Edmond man filed a civil lawsuit in early 2020, accusing the city and city employees of harassment and interfering with efforts to remodel the building and attract tenants. He claims to have lost more than $39 million in tenants and rents, according to a June 25 court filing.

Midwest City’s request to terminate utility service stems from recent inspections that showed many persistent issues which have worsened over the last year.

Helmberger inspected the property on May 20 and notified Bahreini that the structures are “unsafe” according to the International Fire Code. In a May 25 letter, Helmberger wrote that properties were. “Dangerous to human life and the public welfare because of inadequate means of egress, facilities, inadequate light and ventilation, it constitutes a fire hazard because there is illegal or improper occupancy or inadequate maintenance.”

The city gave Bahreini until July 1 to remove all stored materials in both properties in order to abate the unsafe condition and make the structures vacant.
Bahreini was also cited for additional fire and building code violations. They included certificate of occupancy, unsafe building and equipment, emergency measures, roofs and drainage, unsafe conditions and means of egress.

In a letter, Derek Colquitt, building inspector, said several of the building columns have degraded and pose “imminent dangers” while also noting electrical equipment and materials that have been vandalized and several leaks in the roof. He said Bahreini continues to operate in the building without a certificate of occupancy.

Midwest City officials have been urging Bahreini to bring the property into compliance since November 2016. After seeing little progress, they started issuing citations in March 2017.

The city has also been pushing Bahreini to find new uses and tenants. The city commissioned a feasibility study which determined that the mall property has potential but it needs creative and careful planning to make it a viable destination.

Bahreini says he does not have money to redevelop the building as the study suggested.

LifeChurch owns property on the west end of the mall and the City of Midwest City owns the former Sears store on the east end.