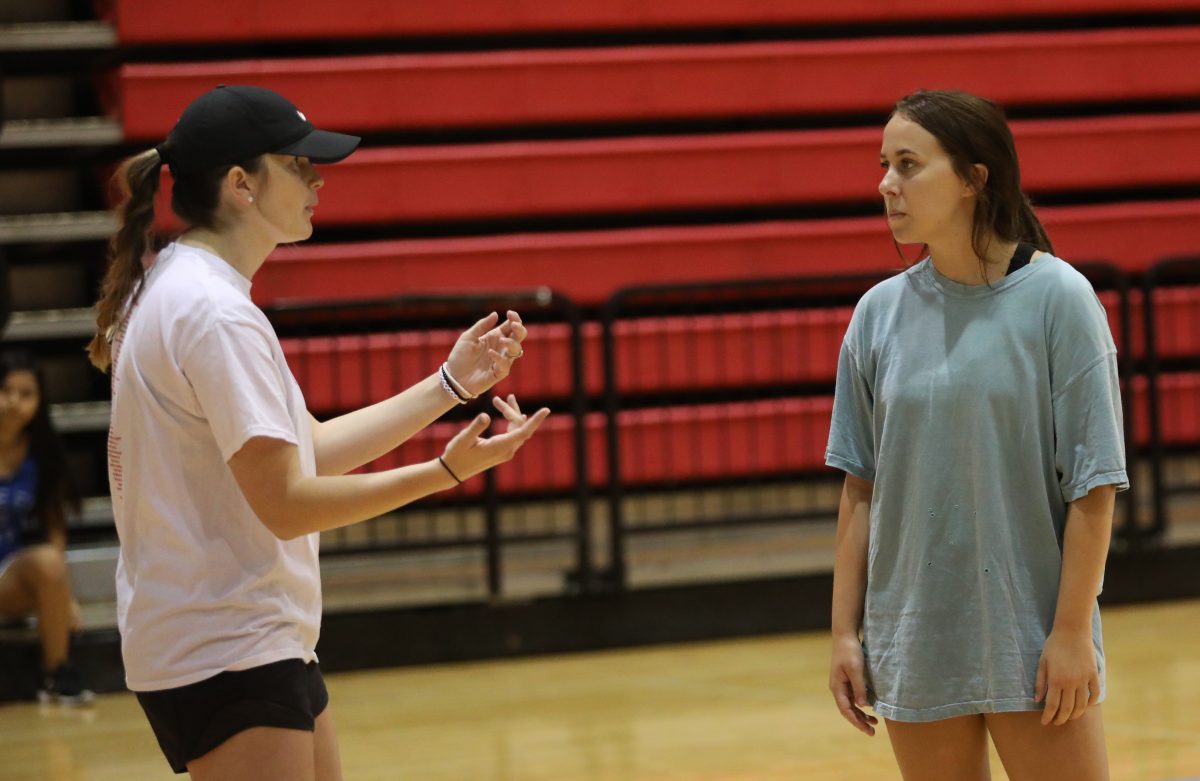 The Titans are coming off their best season ever as they reached the Class 5A state semifinals in 2020. And they return many key varsity players, as well coach Hayden Robbins.

“We proved we could win at state last year and we know we can keep going and make the finals,” said senior Nina LaValley.

The Titans will again lean on their solid defense while improving their offensive attack. One area of focus is their out of system offense, which is their ability to recover from a poor first touch. 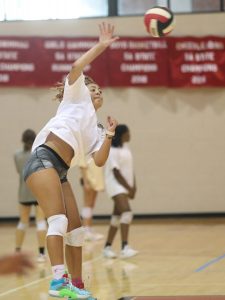 Carl Albert’s Willow Roe sends the ball over the net during a Carl Albert practice. (Photo by Jeff Harrison)

“When we don’t have a perfect pass and we’re scrambling we need to be able to control that second touch and get an attack instead of sending a free ball or easy stuff,” Robbins said.

The lineup will include many familiar faces, despite losing a handful of seniors from last year.

Junior Emily Boyer will play setter and hit for the Titans. Senior Willow Roe will primarily lineup at hitter but can help set as well.

LaValley will anchor the defense as a defensive specialist and libero.

“Nina is going to pick up where she left off,” Robbins said. “She is one of the best defenders I’ve seen. She’s really fast and reads the court well.”

Junior Madison Stewart and seniors Lillian Gesche and Zella Heater will return to the lineup.

The team is still searching for another outside hitter.

Carl Albert’s schedule will have them ready for the postseason. They open the year against a tough Mount St. Mary squad on Aug. 12. and will face Choctaw, Christian Heritage Academy, OCS and Piedmont during the regular season. The Titans will also travel to Coweta and Bishop McGuiness for tournaments and host a tournament of their own on Aug. 20-21.

“Mount St. Mary is always good and we really want to win the Coweta Tournament again this year,” said Gesche.

Carl Albert will host Community Christian School for a scrimmage on Aug. 3.