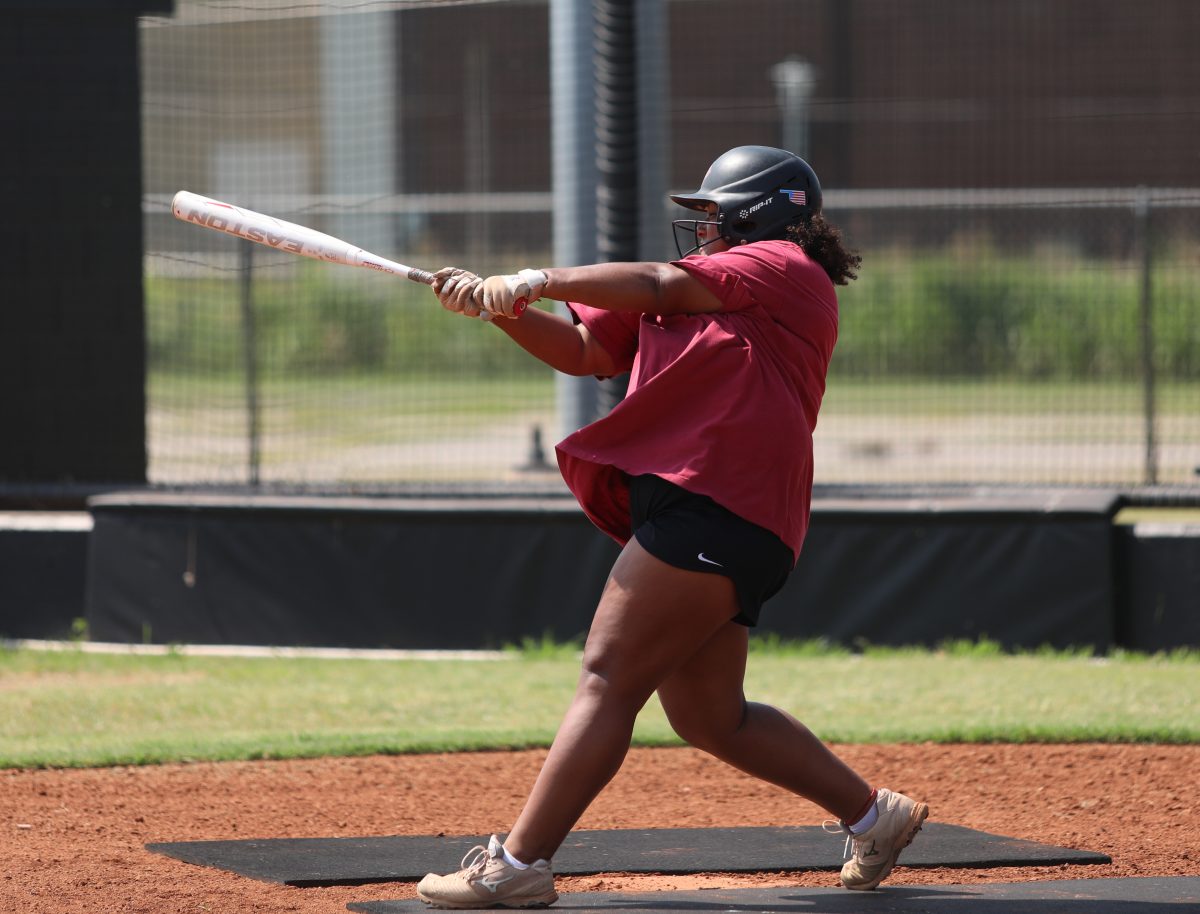 The Midwest City softball team will have to learn on the fly this fall.

The Bombers return four everyday starters from a year ago and must rely on several newcomers to round out the lineup. 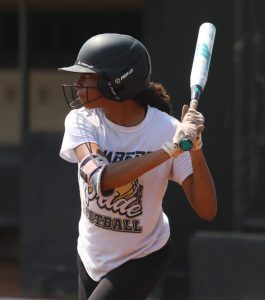 Nayani Brown waits for a pitch at the plate. (Photo by Jeff Harrison)

“We have a lot of girls that haven’t played much softball before so we’re going to lean on our veteran girls for leadership,” said coach Amber Gorman.

Worthy returns to the circle after taking over primary pitching duties in 2020. The left-hander is coming off a solid season and is expected to continue to improve.

Thompson is the team’s first baseman and top power hitter.  Brown will likely play shortstop. Payne is a versatile player who will likely handle catching duties again this year.

Henderson will play second base and Winkleman can help at third base or center field.

A successful season will hinge on developing their young talent and playing together as a team, said Thompson.

“We all need to work together and help each other out,” she said.

Brown said she’s been impressed with some of the freshmen, especially their ability to hustle around the base path.

“We have a lot of speed this year,” she said. “We have some girls that can run.”

Their schedule also includes tournaments at Broken Arrow on Aug. 13-14 and Putnam City on Sept. 16-18, as well as the Edmond Santa Fe Festival on Aug. 20.

Midwest City will open the season Aug. 10 against Mustang.