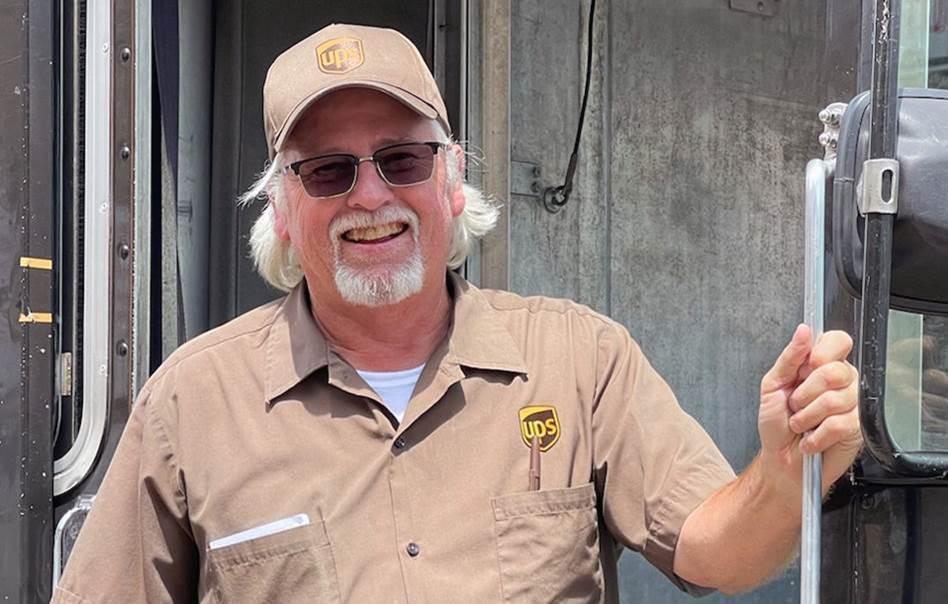 Rick Henthorn needed a part-time job to help pay for college when a friend suggested he try working for UPS.

He achieved 35 years driving accident free for UPS in July, and now teaches new drivers as a Comprehensive Health & Safety Co-chair at UPS in addition to his driving.

Henthorn has been on the same route for years, covering 400 miles a week in all kinds of traffic and weather.

“My co-workers and my customers make the job rewarding,” he said. “It’s a physically and mentally demanding job that gives you lifelong friendships.”

Henthorn said delivery drivers spend more time on the road than with family.

“The company demands a lot out of each and every one of us,” he said. “You put into it what you get out of it. I’ve known customers with babies in diapers, and they’ve grown up to own their own business.”

Globally, 10,779 active UPS drivers are members of the Circle of Honor. Collectively, they’ve racked up 15 billion safe miles during their careers. It’s enough to circle the earth at the equator about 600,000 times.

Henthorn has driven more than 750,000 miles in his career. He said the COVID-19 pandemic added to his mileage due to more people shopping from home.

“Most of us saw the biggest difference was instead of working 45 hours a week, we were staying out 55 to 60 hours a week,” he said. “It was like Christmas for the whole year.”

Henthorn said there have been a few instances of him having near-accidents.

“I was going down the interstate, and a tandem wheel came off the back of a dump truck and jumped the median headed right at me,” he said. “It could have done significant damage if it hit me; what saved me was the safety method Get the Big Picture—keeping my eyes on the road far enough ahead and giving me enough time to react.”

Rick says motorists are more distracted than ever with texting.

“People get impatient. They want us to drive faster than we do,” he said. “As professional drivers have to stay the course, stay calm, slow down and change lanes if needed.”

Henthorn plans to retire in 2023 and dreams of owning a jet pack.

“It would be a lot easier to fly over the traffic than deal with the traffic,” he said.

He joked that he won’t be wearing the color brown much after retirement.

“I am going to have a brown burning party,” he said. “They (UPS) have been good to me, but I have been wearing this color brown (UPS uniform) almost 40 years now.”