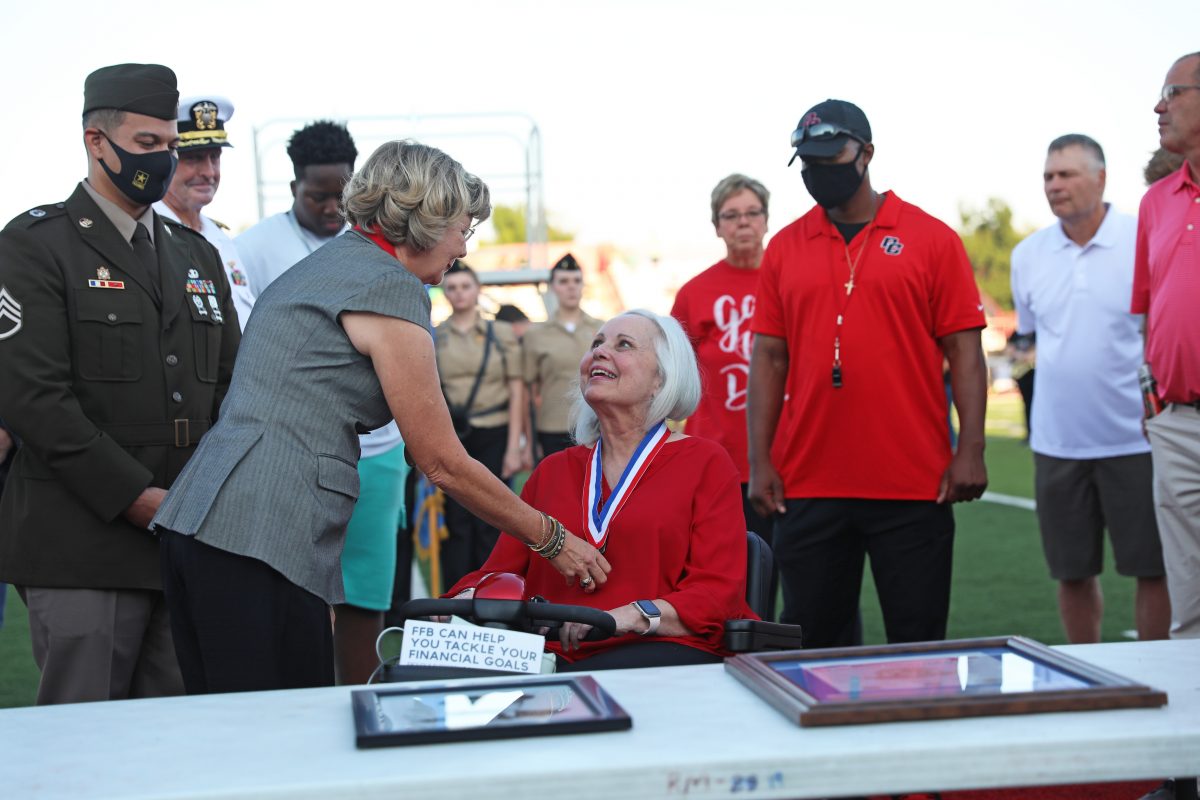 Robert “Bob” Kalsu was posthumously inducted into the Oklahoma Military Hall of Fame last Friday night during a ceremony at the Del City High School football field that is named in his honor.

His widow Jan Kalsu accepted the honors alongside family and friends at the ceremony. Members of the Oklahoma Military Hall of Fame presented her with a medallion, a citation, and a framed sketch of her late husband. The public address announcer also read the official biography that will be on display at the Oklahoma History Center.

Kalsu was a standout football player at Del City High School and went on to become an All-American tackle at the University of Oklahoma. While at OU, Kalsu went through Reserve Officer Training Corps which required a two-year active-duty tour.

After college, Kalsu was drafted by the Buffalo Bills in 1968 and was named the team’s top rookie. In 1969, when he was scheduled to go on active duty for two years, the Bills urged him to find another way to complete his military obligation.

“I gave them my word,” Kalsu said, of going on active duty.

Kalsu was killed in action while serving with the 101st Airborne Division in Vietnam on July 21, 1970. He was killed by mortar fire while defending Ripcord Base on an isolated jungle mountaintop near Vietnam’s Ashua Valley. He was 25.

He would be the only professional athlete to die in Vietnam.

Kalsu was part of the Oklahoma Military Hall of Fame Class of 2020. The organization canceled the induction ceremony last year due to the pandemic.

Jan Kalsu with Capt. John Keilty and her son Robert Kalsu Jr. during a ceremony to posthumously induct the late Robert “Bob” Kalsu into the Oklahoma Military Hall of Fame. (Photo by Jeff Harrison)