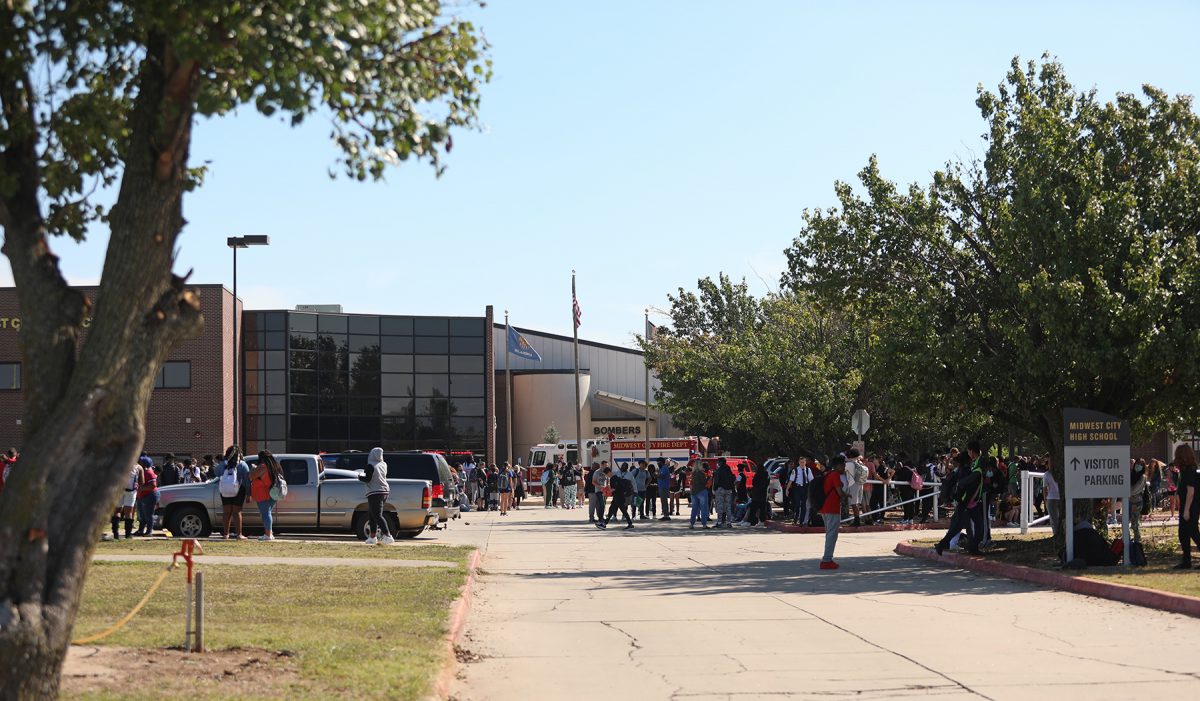 Midwest City High School was evacuated this morning due to a fire inside a bathroom. (Photo by Jeff Harrison)

Two students could be facing criminal charges after authorities say they started fires inside a bathroom at Midwest City High School as part of a social media trend.
About 10:45 a.m., firefighters were called to the school about two fires inside a bathroom. A school employee used a fire extinguisher to put the fire before crews arrived. Firefighters found smoldering material inside a trash can.

Firefighters helped air out the building and reset the fire alarm system, which was triggered during the fire. The building was evacuated for about an hour.
Fire Marshal Duane Helmberger said they believe the incident was connected to a social media challenge that encourage students to post videos of themselves stealing and vandalizing school property.

“We believe this was tied to one of the TikTok challenges and we ask that parents educate their children that this is not a game and can lead to property damage,” he said. “We take this seriously and don’t want someone to ruin their life over a social media prank.”