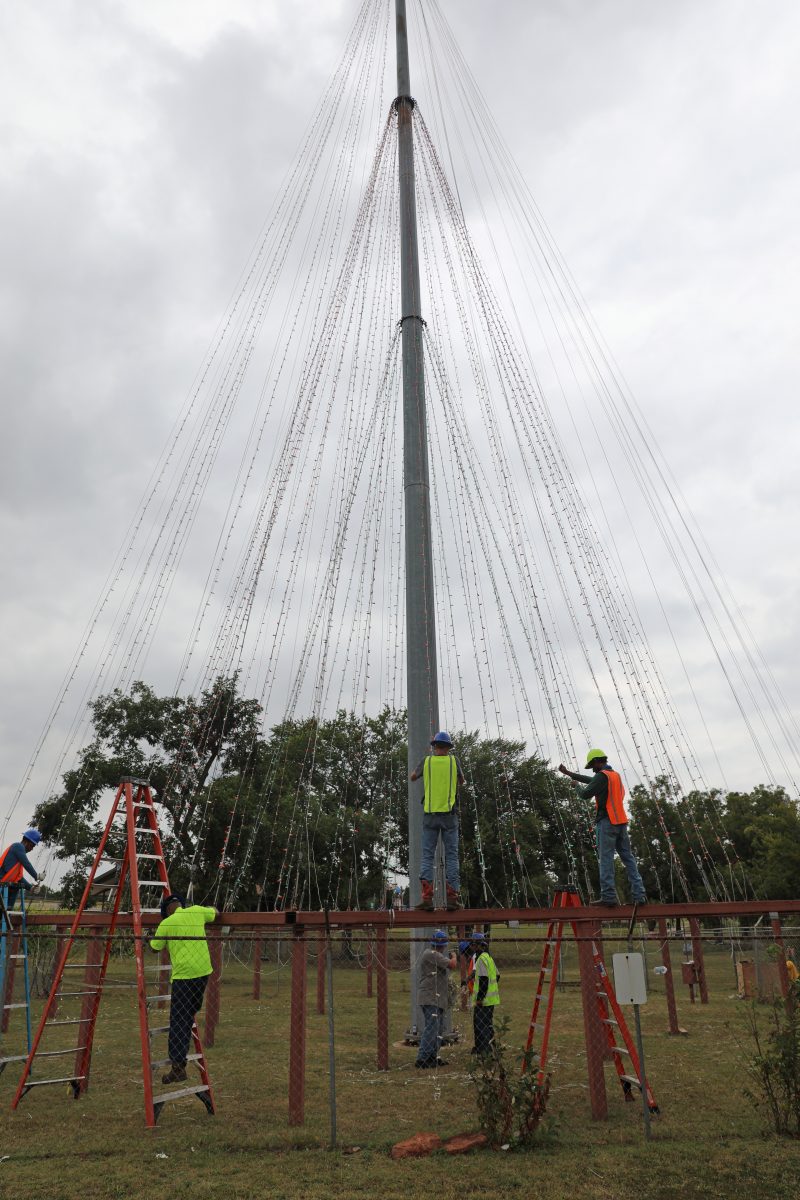 The annual holiday light display will take place Dec. 1-25 at Joe B. Barnes Regional Park. Last year’s event was canceled due to a devastating ice storm.
The park will be open to pedestrians only on the first night for the Walk the Lights event on Dec. 1. People can enjoy the lights during an evening stroll through the park from 6 p.m. – 9 p.m.

Tickets will be available onsite only. Admission is $5, and children 5 and under are free. 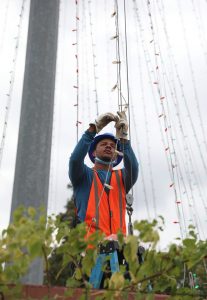 Walk the Lights will also coincide with the Light the City event on Dec. 1. Mayor Matt Dukes will flip the switch on the Christmas tree at Charles J. Johnson Park. Residents and business owners are encouraged to turn their holiday lights on simultaneously. The event will be live streamed on the Midwest City Parks and Recreation Facebook page.
Keeping the annual light display going each year has been a challenge for city staff, especially in the past year.

Several light displays were damaged and destroyed during the ice storm last year. City crews had already hung up lights in trees throughout the park before the storm hit.
This year’s light show was in jeopardy due to the damaged equipment and staffing shortages. Employees in the Public Works Department handle the bulk of the work along with temporary workers.

City officials agreed to move forward with the Holiday Lights Spectacular on a smaller scale. The city pushed back the opening of the event by a couple of weeks to allow more time for setup.

“The light show as a whole will be affected and won’t be quite as grand as it was,” said Josh Ryan, communications and marketing director for Midwest City.

To make matters worse, Midwest City officials said thieves broke into a storage building and stole equipment for the holiday light display. The stolen equipment included a large trailer, a large metal A frame structure used to hang lights, lights, control equipment and other tools. The doors to the building were also damaged.

“I won’t fully know exactly what is missing until we put it all out,” said Patterson.

Patterson said they have had issues with extension cords being stolen when the light display is set up, but nothing like the recent break in.

Crews recently started setting up the lights. They have several up along Century Blvd. and are working on the 110-foot tree. Patterson said they normally have about 10-11 employees working but they are down to 6-7 now. They have had a tough time finding temporary staff to help.

In an effort to keep the Holiday Lights Spectacular viable, Midwest City is launching a “Light Saver” campaign. Ryan said the city is looking to not only replace equipment but add new pieces.

“Our goal isn’t just to replace things, but to buy new animations,” Ryan said. “We want to infuse life into it so we don’t always have to work with the same old stuff every year.”

The Light Saver campaign aims to:
– Help replace damaged and stolen equipment.
– Assist in hiring temporary staff or contractors to help install the lights each year, and not rely on public works employees.
– Keep improving the Holiday Lights Spectacular for years to come including new displays and upgrading to more efficient technologies.

The holiday lights can be accessed on the south side of the park near the intersection of Century Blvd. and SE 15 St. 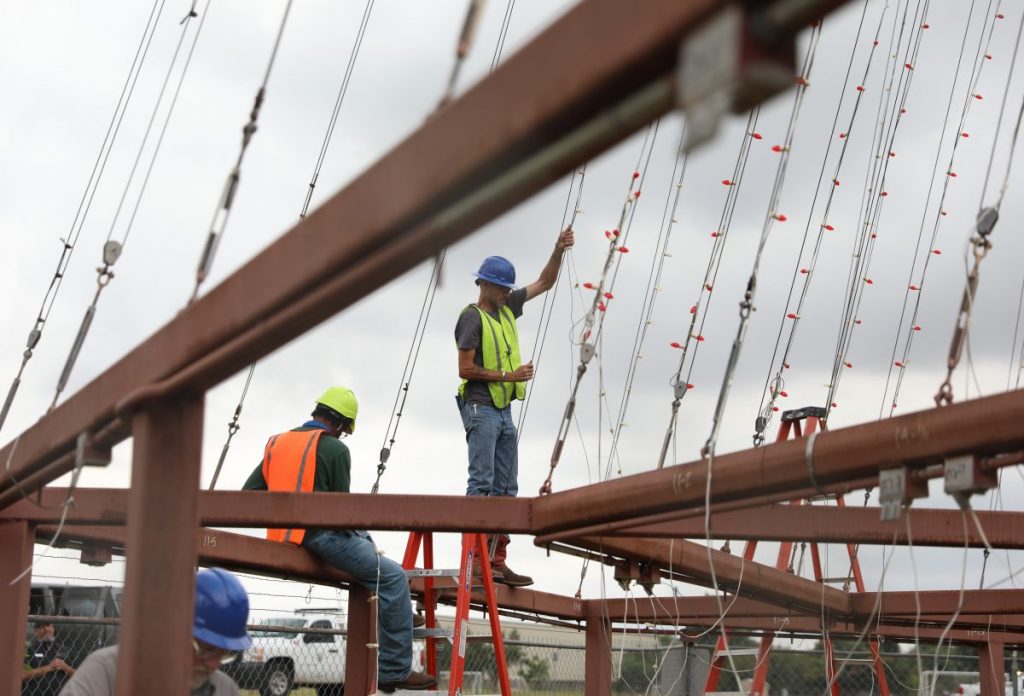