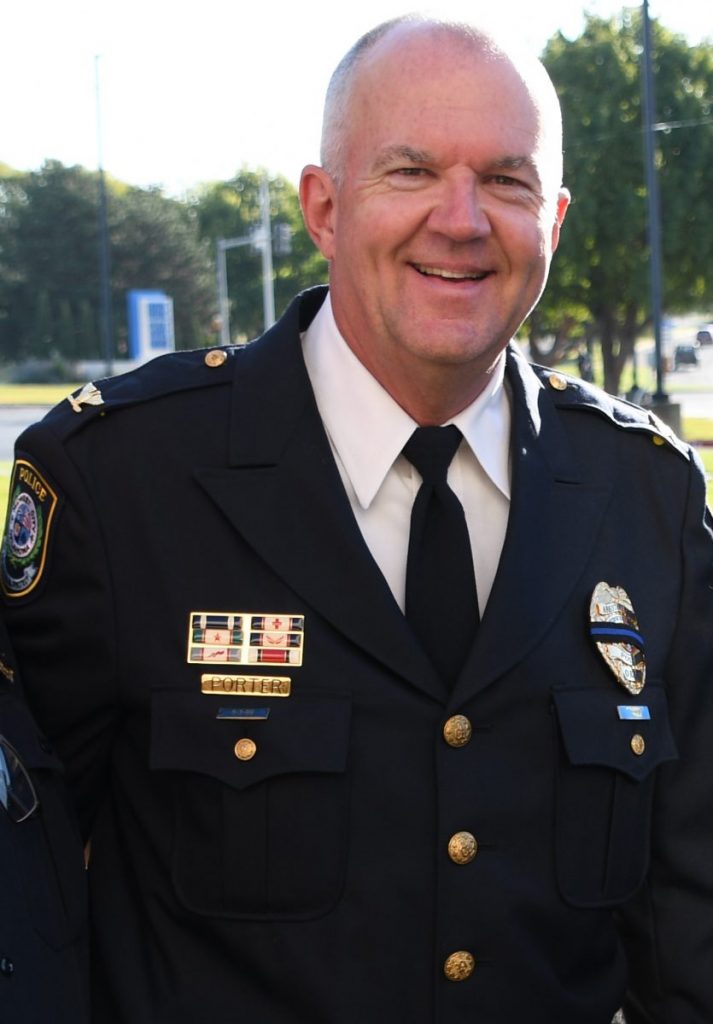 Sid Porter has been promoted to Chief of Police for Midwest City. (Photo provided)

The City of Midwest City today announced the appointment of Sid Porter to Chief of Police.

“Sid has faithfully served our community for all of his years with the police department,” said City Manager Tim Lyon. “During his career, and especially in the last five months as Interim Police Chief, he has demonstrated tremendous leadership skills. I am very excited to appoint him as Chief.”

In May 1984, Sidney (Sid) Porter was hired as a patrol officer. He promoted through the ranks until becoming Assistant Chief, serving in that role for almost 12 years.

“Over the last 37 years, I have been blessed to be part of this police department,” said Porter.“It has been an honor and a privilege to serve the citizens of this great community. I look forward to continuing to serve and lead us into the future,along with the outstanding people of the City of Midwest City.”

As Police Chief, Porter will oversee the department’s 125 employees. He will also manage an annual budget of $14 million. He takes over as Chief effective immediately.

Porter has been married to his wife Jill for 17 years. He has two sons, two daughters, and two grandchildren.

He is a graduate of the FBI National Academy, United States Secret Service Dignitary Protective Services Program, FBI Drug Unit Commanders Academy, and is a graduate of Oklahoma State University with a Degree in Police Science.

As Assistant Chief, Porter was awarded the Mid-Del-Tinker 100 Club Hall of Fame Award in 2014.