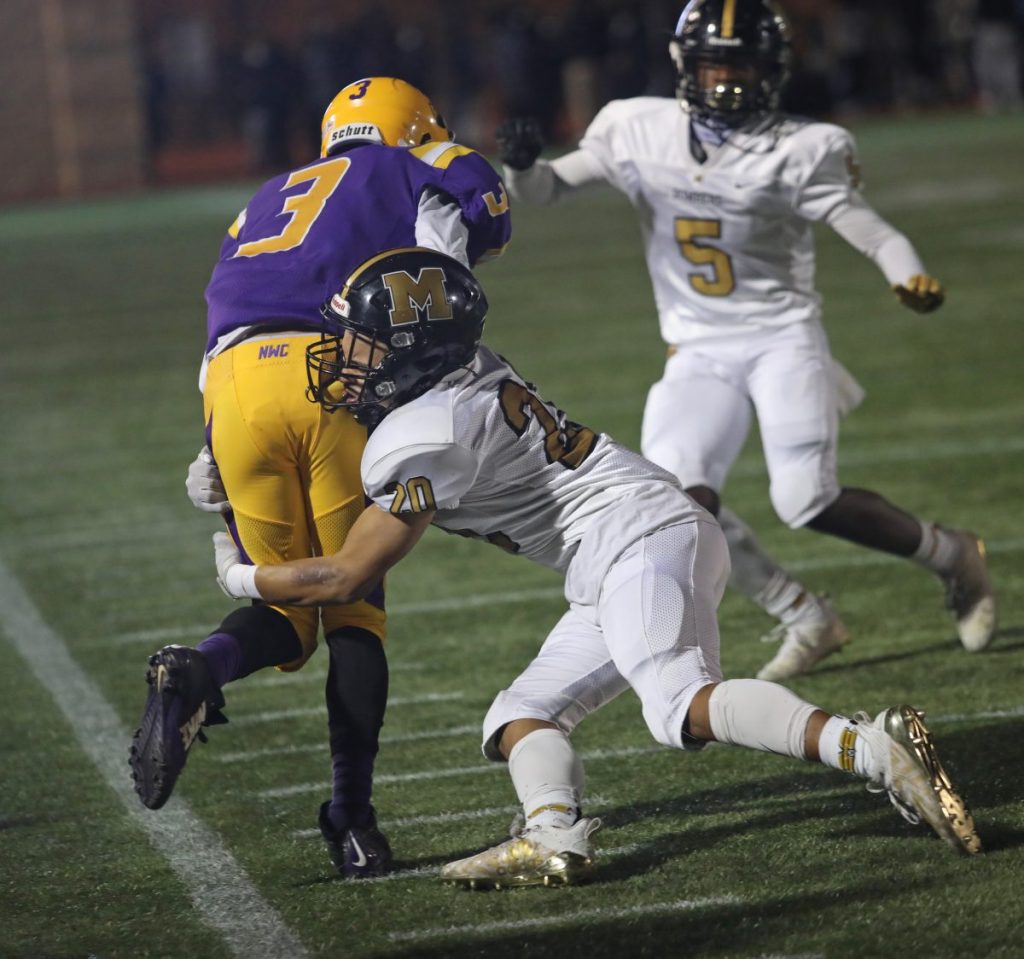 OKLAHOMA CITY – This football season didn’t turn out the way Midwest City hoped it would.

But the Bombers managed to wrap up the year on a positive note with a 48-0 win over Northwest Classen last Thursday night in the regular season finale.

Midwest City (5-5, 3-4) was eliminated from the postseason last week with a loss against Stillwater. Coach Darrell Hall said he was pleased with his players perseverance during a disappointing season.

Quarterback Kenneth Colston threw two touchdowns and ran for two more in the win. It was Colston’s second start in place of the injured DeAngelo Irvin Jr.

Seniors Dylan Sebock and Artez Young both had touchdown catches in their final high school game.

The Bombers shook off a slow start and grabbed the lead late in the first quarter. Bryson Spriggs broke a 57-yard run down to the Classen 3. On the next play, Spriggs bulldozed his way to the end zone for a 7-0 lead with 1:57 in the first.

Midwest City pulled away with four touchdowns in the second quarter. Colston scored his first touchdown of the season with a 47-yard run around the right end making it a 14-0 score.

Traelyn Richardson later returned a short punt 40 yards for a touchdown and a 20-0 lead.

Colston closed out the first half with his first two passing touchdowns of the season. On fourth down, he hit Young on a slant pass for an 18-yard score.  And on the team’s final drive of the half, Colston found Sebock three times – with the final one for a 16-yard score.

The lead continued to grow in the second half. William Broiles and Colston both ran for scores making it a 48-0 final over Northwest Classen (0-10,0-7).

Hall was also pleased to be able get several players in the game. The Bombers have been shorthanded in recent weeks with injuries. Many underclassmen and reserves saw action in the win.

“We have a great freshmen class that will help us next year and they got some good experience tonight,” Hall said. “We still haven’t gotten over the injury bug this year. I think we had eight starters not playing tonight.”

Freshman defensive back Jaylan Woody was one of those standouts with two interceptions against Northwest Classen.