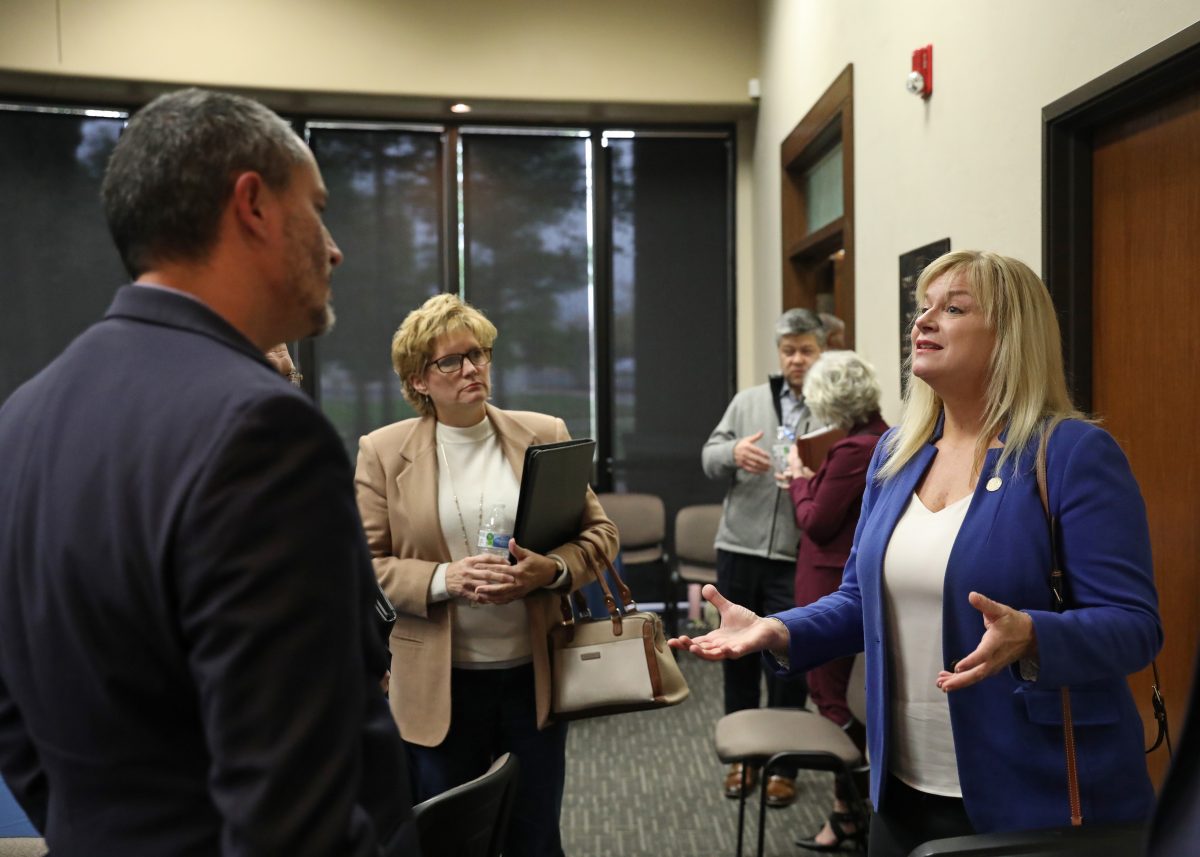 The head of the Oklahoma Department of Labor admits the name of her state agency is a bit of a misnomer.

Leslie Osborn, who has served as the state’s labor commissioner since 2018, said they have a lot of responsibilities that involve safety and none related to labor unions.

The Department of Labor enforces child labor law, ensures workplaces are safe and that wages are paid. Some of the safety measures include checking elevators and escalators, amusement park rides, hot water heaters and boilers, and CNG vehicle conversions.

“We make sure people are safe,” said Osborn who was the guest speaker Thursday afternoon at the Midwest City Chamber of Commerce.

Osborn has been touring the state and meeting with civic leaders and chambers to promote the agency and services they offer. 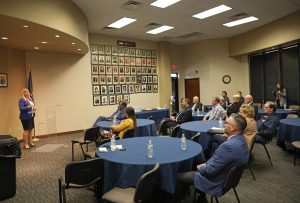 Some of the free services include helping people who haven’t been paid by their employers, and assisting businesses in developing safety plans that meet OSHA standards.

Osborn also addressed a labor shortage in Oklahoma, particularly in the service industry. She said theories that people simply don’t want to work is untrue.

“A lot of people on Facebook say obviously everyone is lazy and they’re taking a government check,” Osborn said. “We’re one of the lowest unemployment states in the country at 3%, so that has been debunked.”

Osborn, who previously served in the Oklahoma House for 10 years, concluded her speech with a call for civility.

“The change in the tone of politics in the 13 years that I’ve been in it is absolutely unbelievable,” she said.

“Everyone says you must hate the other side,” she said.

Osborn encouraged people avoid negativity in the news and online, and to teach their children and grandchildren critical thinking skills and how to properly vet information.

“I hope you will consider turning off the national news and getting back to working together,” she said.

The event was sponsored by the Midwest City Chamber of Commerce and the Mid-Del Technology Center.