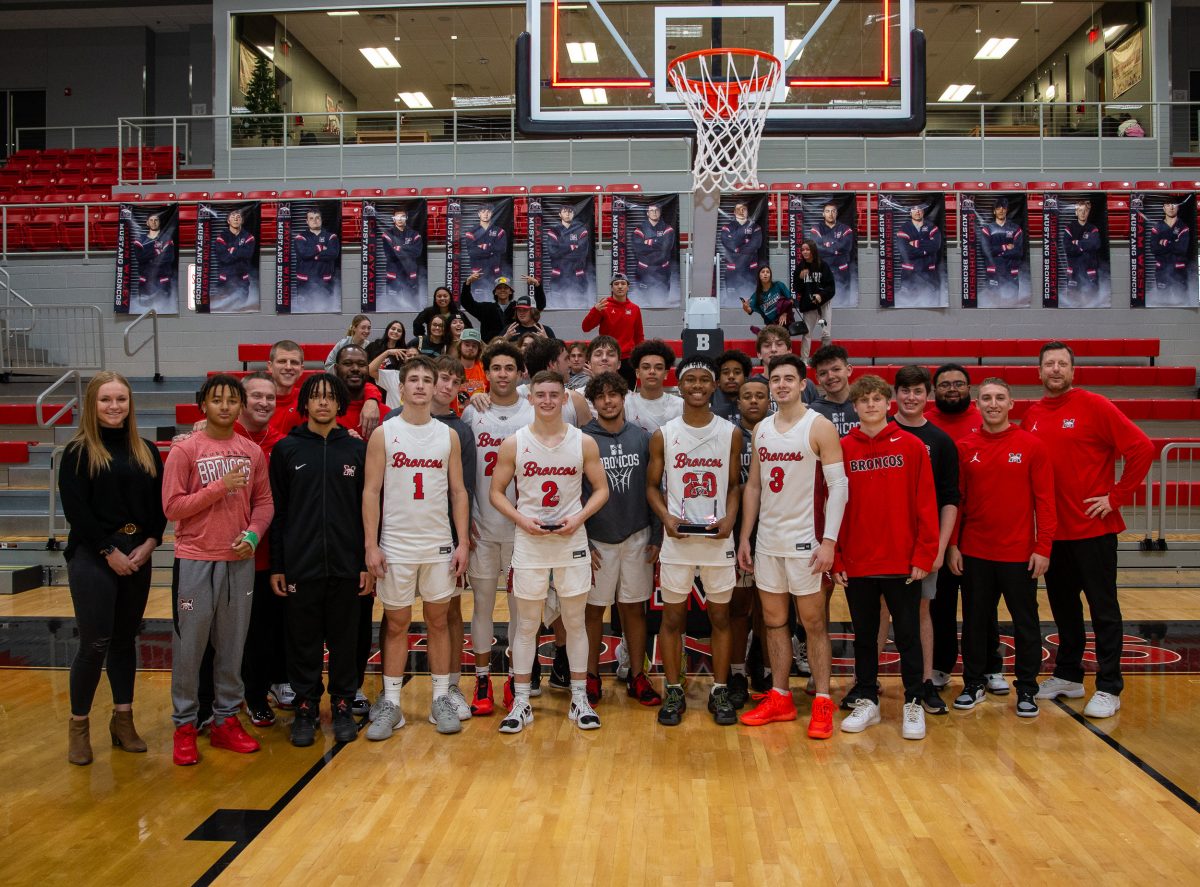 The Mustang Holiday Classic Tournament ended with the Mustang Broncos boys’ team being named champions and the girls’ team claiming the second place trophy. The boys played in a back and forth game with the Putnam City North Panthers. The Broncos ultimately bested the Panthers 62-55. The Lady Broncos battled Edmond North Huskies in the final round of the tournament. The final score was 52-45 in favor of the Huskies.

Karley Johnson had an outstanding game against the Huskies. Johnson scored 15 points, seven rebounds, four assists, two steals, and a block. Johnson was also named to the All-Tournament team.

Talia Pogi had a great outing as well. Pogi had eight points, five rebounds, and two assists. Kate Niehues was another Lady Bronco who played great. Niehues collected 10 points, three rebounds, and a steal. Niehues also shot an extremely efficient four out of five from the field. 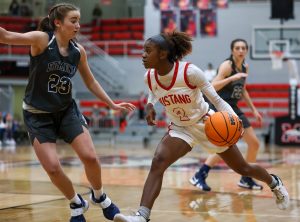 Randi Harding dribbles the ball Wednesday night in the girls finals of the Mustang Holiday Classic. Photo by Ron Lane

“Last night’s loss was tough, but we played a tough team. I think losing to them makes our game with them next week much more emotional. Being named to the All-Tournament team was great, but I couldn’t have played as well as I did without the help of my teammates and coaches,” said Johnson.

The boys’ game was thrilling. The Broncos and Panthers were tied at the end of the first quarter 18-18. At Halftime, these two teams were also tied, and the scoreboard read 31-31.

Johnson and Scott both received high honors for their astounding performances in the tournament. Johnson was named MVP of the tournament, and Scott was named to the All-Tournament team. Johnson shot 8 of 13 in the final game against the Panthers, and he finished with 22 points, five rebounds, three assists, and a steal. Scott led the Broncos in scoring in this game with 23. Scott also racked up three assists and four rebounds in the victory.

Big-man Jacob Henderson had his best performance of the entire tournament in this game. Henderson had 10 points, eight rebounds, four blocks, and a steal. Henderson’s aggressive play style was a huge reason the Broncos were able to hold the first place trophy at the end of the night.

“A championship at Mustang hasn’t happened in a few years, and I’m glad we were able to win one this year. We played great in that final game. Everything was going right for us. Every shot was falling. This win is a great way to end this year,” said Scott. 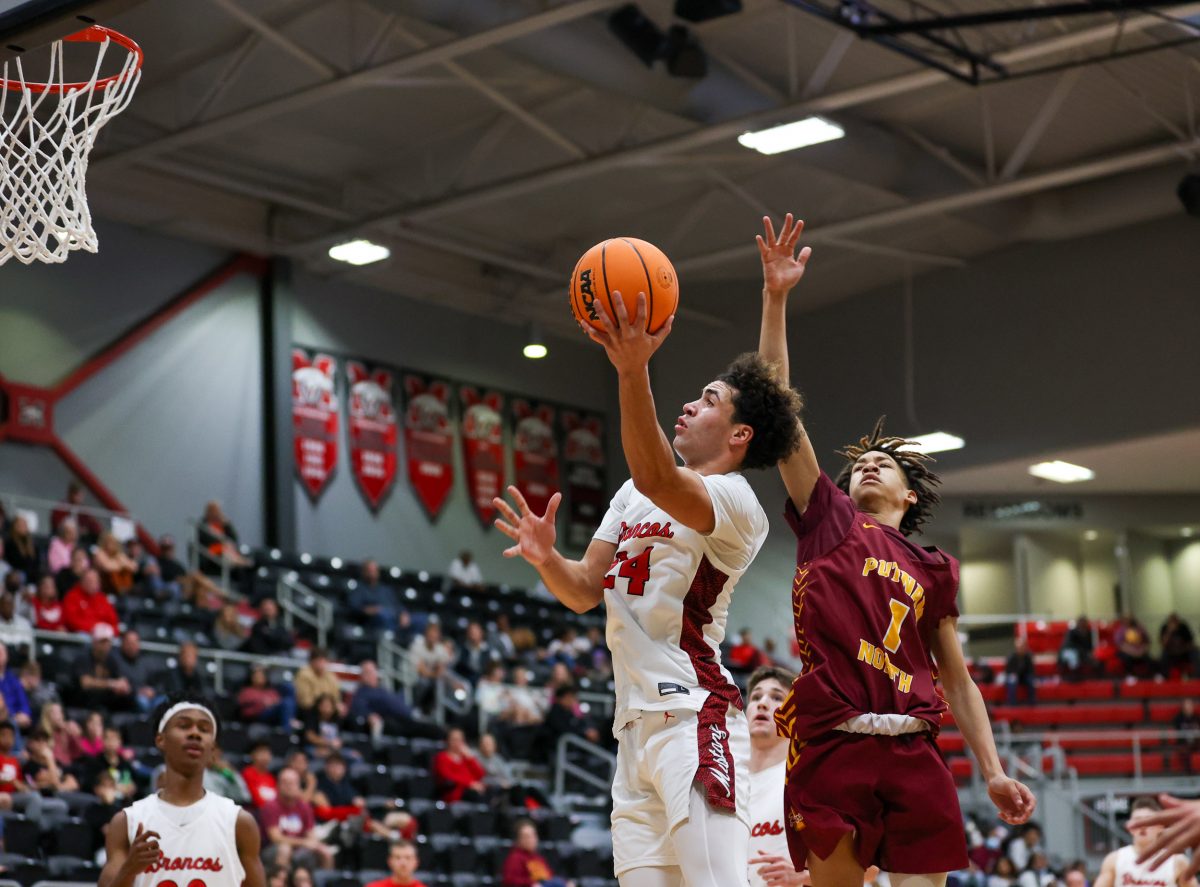 Mustang’s Jacobe Johnson drives the lane in front of a Putnam City North defender Wednesday night in the boys championship at the Mustang Holiday Classic. Photo by Ron Lane 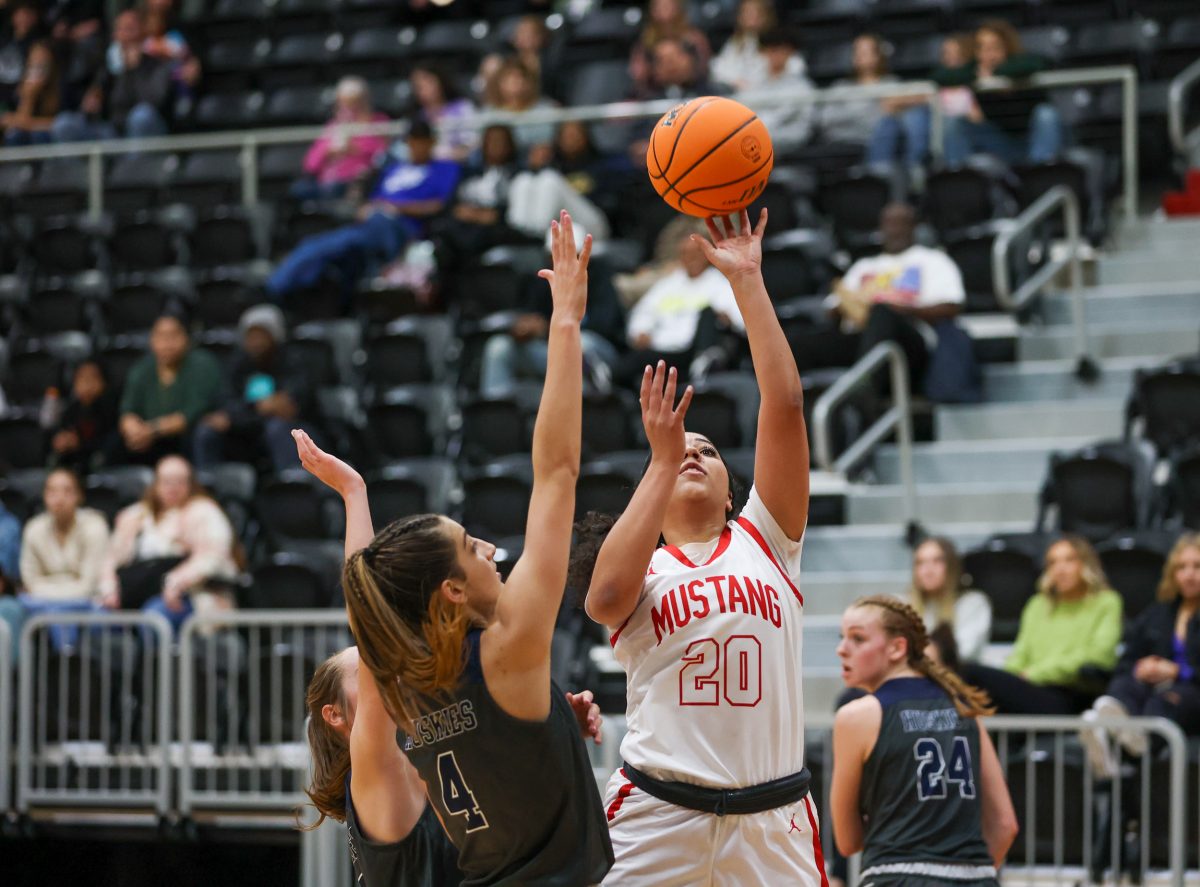 Karley Johnson shoots during the girls finals of the Mustang Holiday Classic on Wednesday night. Photo by Ron Lane