City Council to vote on franchise agreement with Bluepeak

The Choctaw City Council is considering approving a new franchise agreement that would allow residents of Choctaw access to a new high-speed internet and television provider.

Bluepeak is a privately-funded fiber company that is investing in major expansion throughout the state of Oklahoma.

City Manager Ronnie Guest and Economic Development Director Cary Simonds have met with a local representative of the company, and they believe an agreement will be mutually beneficial to the expanding company and the citizens of Choctaw.

“They’re willing to lay fiber throughout the city with no cost to the city. We’ll have to do a franchise agreement that will generate income for the city,” said mayor Randy Ross.
“They have $350 million to spend in the state of Oklahoma, and it just so happens we have their representative here in Choctaw. They’re going to be putting it in Perry, Stillwater, Shawnee, and they’d like to add Choctaw/Harrah.”

The agreement would generate revenue for the city, while providing a new option for high-speed internet and television consumers.

Cox Communications and TDS are the only two lined services that currently serve the city limits.

City attorney Ray Vincent still has to review the proposed contract, but a franchise agreement will allow the company to run and maintain their fiber-optic cable and equipment within existing city easements. The company would offer their product to the residents of Choctaw, and in exchange the city would generate funds off of a franchise fee expected to be five percent.

The City Council is expecting to review the contract and vote on approval at the next meeting, Jan. 18.

“This should cover the entire city. They say 95 to 98 percent of the entire city limits would be covered with it. They already have a contract with OG&E to use their poles, and they’ll come in underground to get to other people,” said Ross.

Optical fibers are about the diameter of a strand of human hair and when bundled into a fiber-optic cable, they’re capable of transmitting more data over longer distances and faster than other mediums.

This technology provides homes and businesses with fiber-optic internet, phone and television services.
Ross believes a deal with this company will benefit Choctaw for many years to come.

“Thirty years ago we started with coax cable, and this fiber should last another 40 years. We should be ahead of the curve,” said Ross. “In the past when talking to big companies that wanted to invest in Choctaw, they chose somewhere else because we couldn’t offer fiber.” 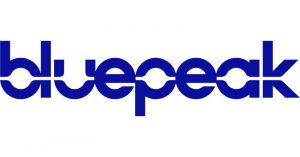