“Something Rotten” is headed to Mustang Performing Arts Center, as director Emily Farnham and her students prepare for the first musical to be showcased at that facility.

“We are really excited about this production and about putting it on here at the PAC – although there are challenges, as there are with any new place,” Farnham said. “But this is the perfect production to show not only what this venue has to offer but also the talent and drive of our students.” 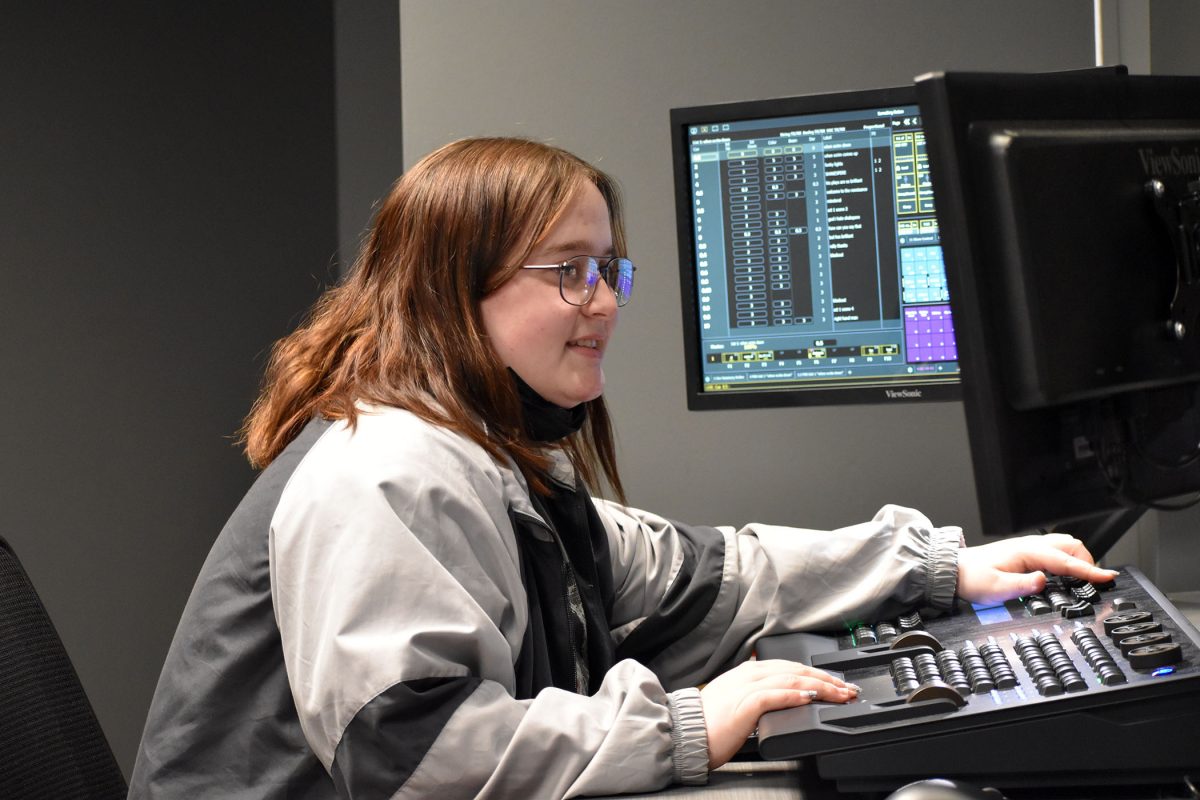 Alaynah Frost is both light designer and an actress in the MHS musical “Something Rotten,” set to begin Thursday night. (Photo by Traci Chapman)

A Broadway production Farnham and her students were able to see while on a school trip several years ago, “Something Rotten” is set in the 1590s. Brothers Nick and Nigel Bottom, desperate to write a popular play, are stuck in the shadow of a certain individual named Shakespeare – but a soothsayer clues them into the world of musical theatre.

The production has been one embraced by Mustang students, who have been busy rehearsing, building and preparing sets and props and working on the myriad tasks needed to make a production successful, Farnham said.

“We are so proud of our students for their dedication to this project,” she said. “Their hunger to learn and grow as artists has been unmatched as is their kindness toward each other – overall, they are fantastic humans.”

That’s also something that could be said for Farnham’s production team – Sohailah Stout, Stephanie Easley, Ryan Edgmon, James Grigsby, Becca Walker, Jennifer White, Samantha Waldrop, William Bennyhoff and Anna Winn – who each lend their own unique talents to the production.

“I couldn’t ask for a better team,” she said.

The year’s biggest production comes on the heels of several accolades – winning the state One Act play competition, as several students individually advanced to regionals and all state, among them – although those awards pale in comparison to the experience gained by individuals enrolled in a program they love and are so dedicated to, Farnham said.

“The biggest success or trophy the program can earn every year is tied to student learning and personal growth,” she said. “If they leave the classroom as stronger, more competent and kind-hearted students, then that’s the biggest trophy this teacher could ever experience.” 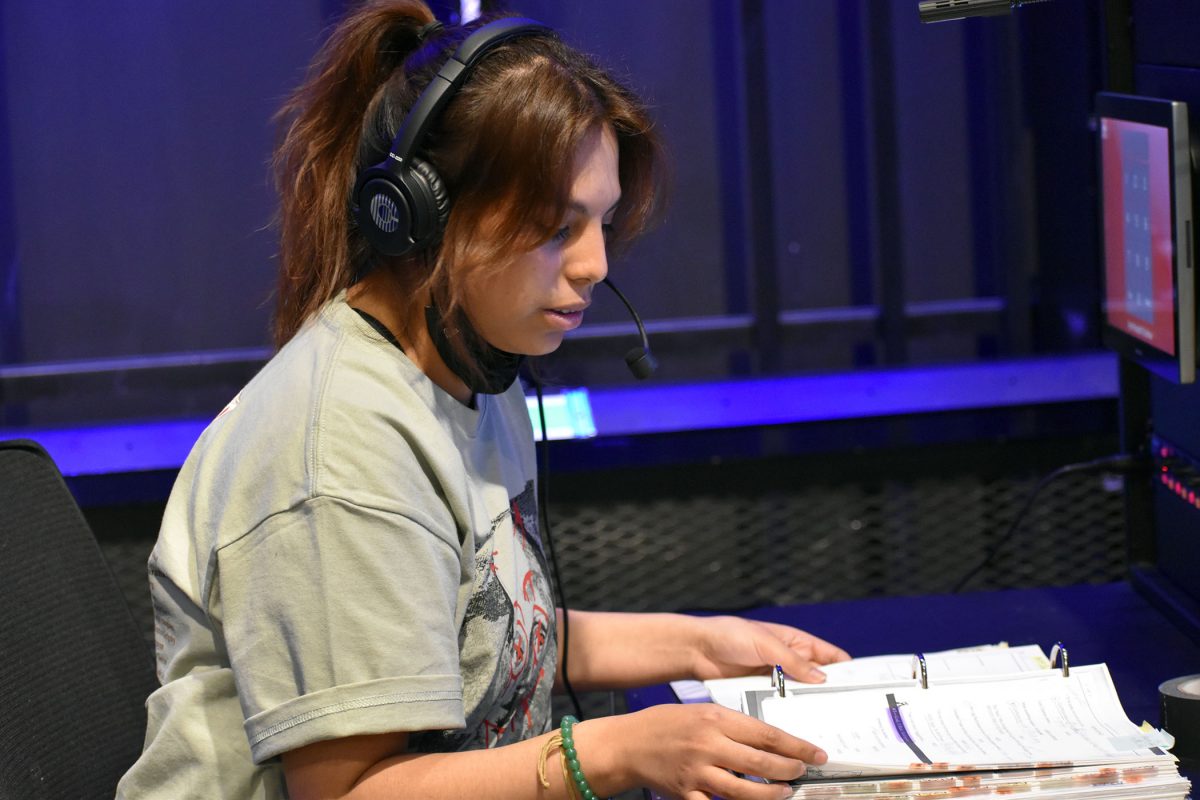 Behind-the-scenes work was ongoing last week as Mustang High School drama staff and students prepared for the production of the musical “Something Rotten,” scheduled this week at the Performing Arts Center. Pictured is stage manager Maria Diaz. (Photo by Traci Chapman)

“Something Rotten” also comes during a time when seniors are also preparing to direct their own one-act shows, which were set for April performances. An improv show by Farnham’s Theatre 1 class is also scheduled for April, as well as OSSAA regionals and state acting competitions, middle school theatre showcases, auditions for next year’s state one act play, workshops and the department’s awards banquet.

Tickets for “Something Rotten” can be purchased online or the night of the performance – which is scheduled for 7 p.m. Thursday, Friday and Saturday (Feb. 17, 18 and 19) nights. Reserved seating is $12; the link to the play’s website and to purchase ticket is located at https://www.onthestage.tickets/show/mustang-high-school-theatre/something-rotten-23406/cast. Mustang Performing Arts Center is located at 200 W. Juniper Drive, at the corner of West Juniper Drive and South Mustang Road.