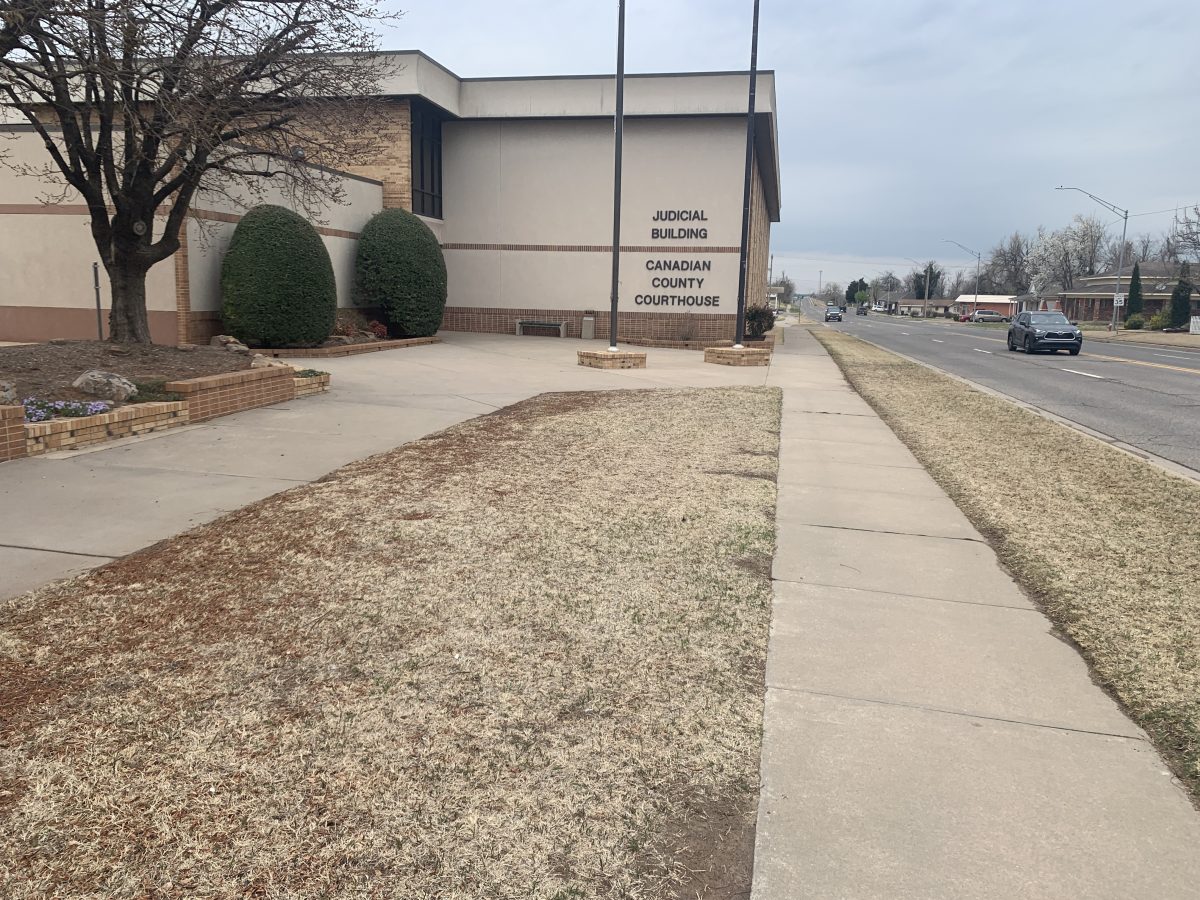 Canadian County Commissioners are in the early stages of a Courthouse upgrade project. (Photo by Jacob Sturm)

Commissioner David Anderson, along with several other Canadian County officials, traveled to Claremore on Thursday, March 31 to tour the Rogers County Courthouse ahead of a decision on site plans for a new courthouse in Canadian County.

“My opinion is that Canadian County needs to seriously consider construction of a new facility that could house all of the departments that serve our citizens in one location,” Anderson said. “We currently have to send people across the state highway on foot to the assessor’s office. We’re scattered out in a lot of buildings.”

Anderson compared Rogers County to Canadian County, including the location near a major city in the state as a factor in the comparison. He said Rogers County constructed a four-story building in 2014 that houses all the county offices beside the sheriff’s office.

“They’ve already made the statement that they’ve outgrown their office space,” Ramsey-Hirst said. “In fact, their offices for their officers, their first deputies and other personnel were even smaller than the offices that we have.”

Ramsey-Hirst also mentioned the largest courtroom was smaller than what Canadian County currently has in use.

“We were greeted very kindly and got a lot of information,” Ramsey-Hirst said. “They just constantly told us to think about growth.”

Commissioner Marc Hader said he is concerned about the price of the future construction. His concerns rested with the cost of materials due to the supply chain issues driving the cost up.

With that being said, Hader supported the project with the caveat of not spending more money than the county needs to for the job to be accomplished.

This past August, when Commissioner Jack Stewart was chairman, the county had an architectural firm come and map out the ideas from every officer independently to address future needs the officers expected for their areas, respectively.

Afterward, the firm would come together and attempt to come up with a proposal to address the expected needs.

“These things take time to get it right,” Stewart said. “So, we’re not too early to begin the planning process.”

Stewart recommended selecting a firm to get started with the ideas the members who toured Rogers County found interesting. Stewart didn’t expect the project to begin during the calendar year since the county hasn’t selected a firm to use to this point.

Anderson mentioned the commissioners meeting room in Rogers County as being apparent right when people walk into the courthouse. He also mentioned a video system set up being present to help broadcast the meetings to the public.

Some money has been set back in the county budget for the past two-to-three years in anticipation of the day when the commissioners begin the project on the new courthouse. Stewart did say the county would have a large down payment to start off.

No action was taken after the discussion on April 4.

On April 11, Kim Reeve and Jenni Hammock from BKL Engineers/Architects presented the basics for a proposal for scope of work and a fee to complete a feasibility study for the new courthouse project.

That study approach would include a kickoff and scheduling section where project goals are identified and a schedule is constructed. A physical assessment then finds the system conditions, checks on utilities and makes sure the project is ADA code compliant.

There is then a site assessment where the study will generate a site analysis and provide the options for the project. The study will also address security and future needs of each department, elaborate on growth trends so the county courthouse isn’t out of space when the county continues to grow in the future and report back with a plan with findings and estimated costs for the project.

“We are at the front end of the process, but we’re definitely in the process,” Anderson said. “It’s not just a dream. I think that we really are recognizing the need and trying to address it.”