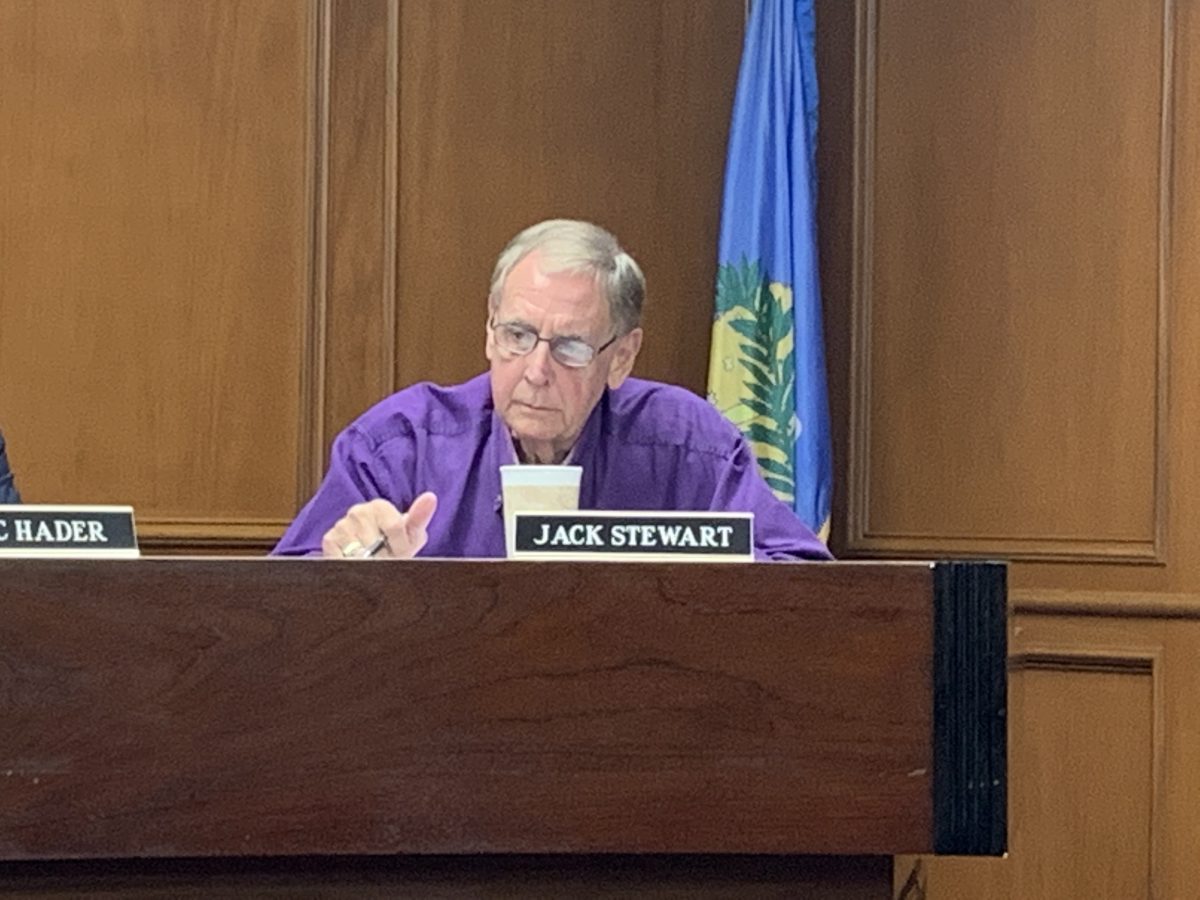 Jack Stewart files before deadline, but is running for a new position. Multiple candidates are running for District 3 County Commissioner to be his replacement. (Photo by Jacob Sturm)

Between April 13-15, all candidates running for county, state, legislative, judicial, district attorney and federal offices were required to file for the position they are running for in the election later this year.

Here is what we know after the filing period concluded.

County Commissioners District No. 1 has two candidates for the position. Marc Hader, the republican incumbent candidate, will run against republican candidate Tom Manske.

Stewart is running for the new senate seat brought to the Yukon area. The seat used to be in the eastern part of the state, but the incumbent for the spot has termed out.

“It’s a new opportunity,” Stewart said. “In 12 years of experience in doing this, it’s just a chance to move on in a different level. It’s not that I’m looking as it being moving up… I love being a county commissioner. I’ve loved everything I’ve done.”

Stewart reiterated his enjoyment for the job as County Commissioner and said the Senate seat is a new opportunity for himself and the citizens. He said he isn’t going in with a planned agenda other than transportation.

Stewart, who used to work at the Oklahoma Department of Transportation, said his goal is to improve the transportation and infrastructure.

Frank Lucas is running for U.S. Representative in District 3. He is challenged by Republican candidates Wade Burlson and Stephen Butler. Jeremiah A Ross is also running as a Democrat.

Attorney General John O’Connor is running for reelection, too. He is challenged by Gentner F. Drummond (Republican) and Lynda Steele (Libertarian).