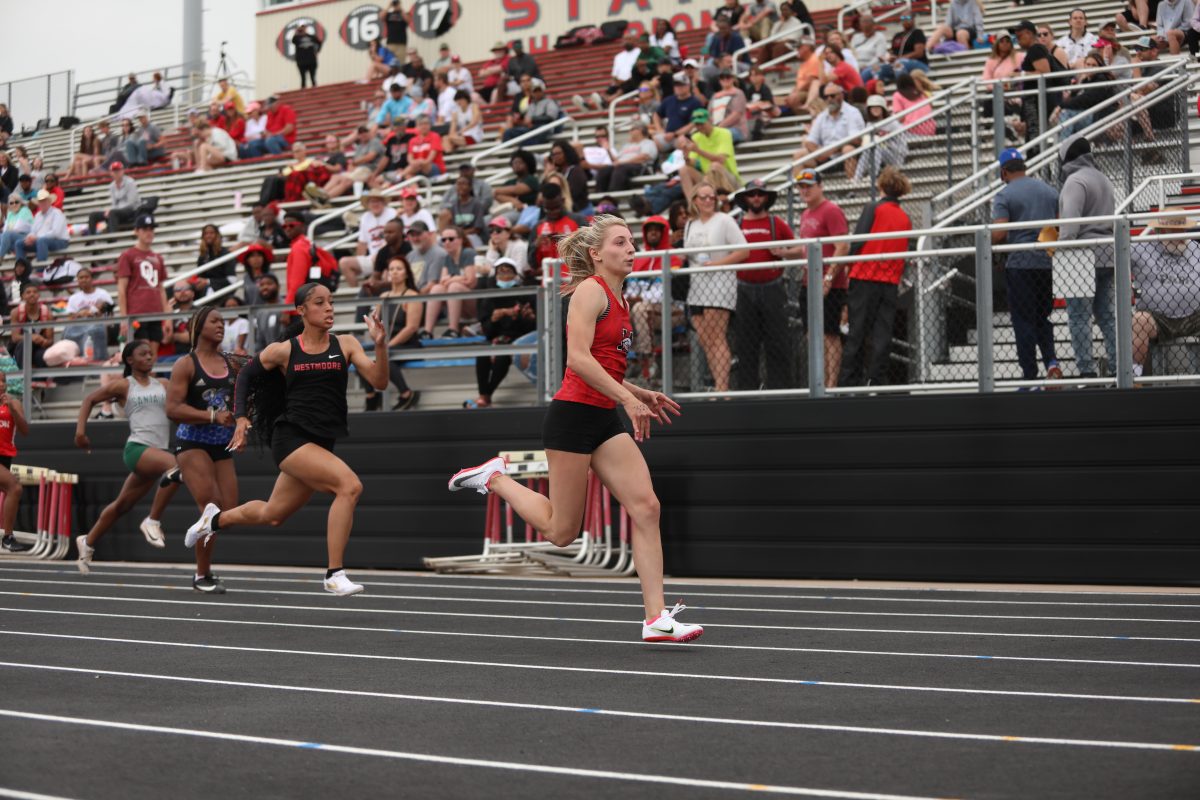 MIDWEST CITY – Kassadi Watkins came home with medals in three events for the Mustang Broncos at the OSSAA Class 6A Regional qualifying track and field meet on Saturday.
Watkins and her mates who qualified will now head for the OSSAA State Championships at Ardmore on Friday and Saturday.

Jaylin Adams won gold for the Mustang club with a 47.35 for first place in the 300 hurdles and was fifth in the 100 hurdles in 16.53. Also claiming a berth at state was Arianne McElroy with a 117-5 throw for second place in the discus.

London Stovall claimed a spot at State with a second place finish in the pole vault, clearing 9-0. She is in position for an at-large berth with a fourth place in the long jump with a jump of 16-5.
The Lady Mustangs were also fourth in the 800 meter relay and fourth place at-large candidates also include Kaitlyn Cerny, 33-3.5 in the shot put, Jocelyn Milan with 8-0 in the pole vault and Rachel Spencer clearing 5-0 in the high jump.

Aman Hamilton was second in the high jump, clearing 6-0 to punch his ticket. 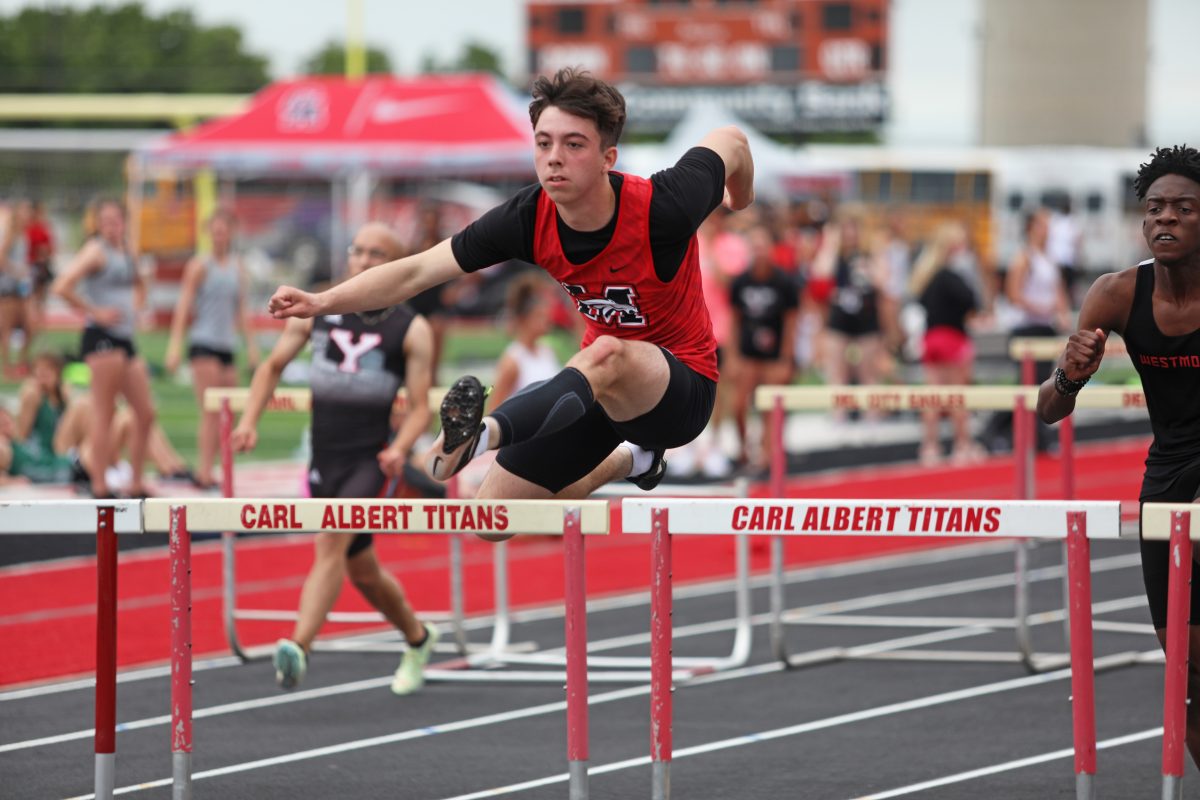 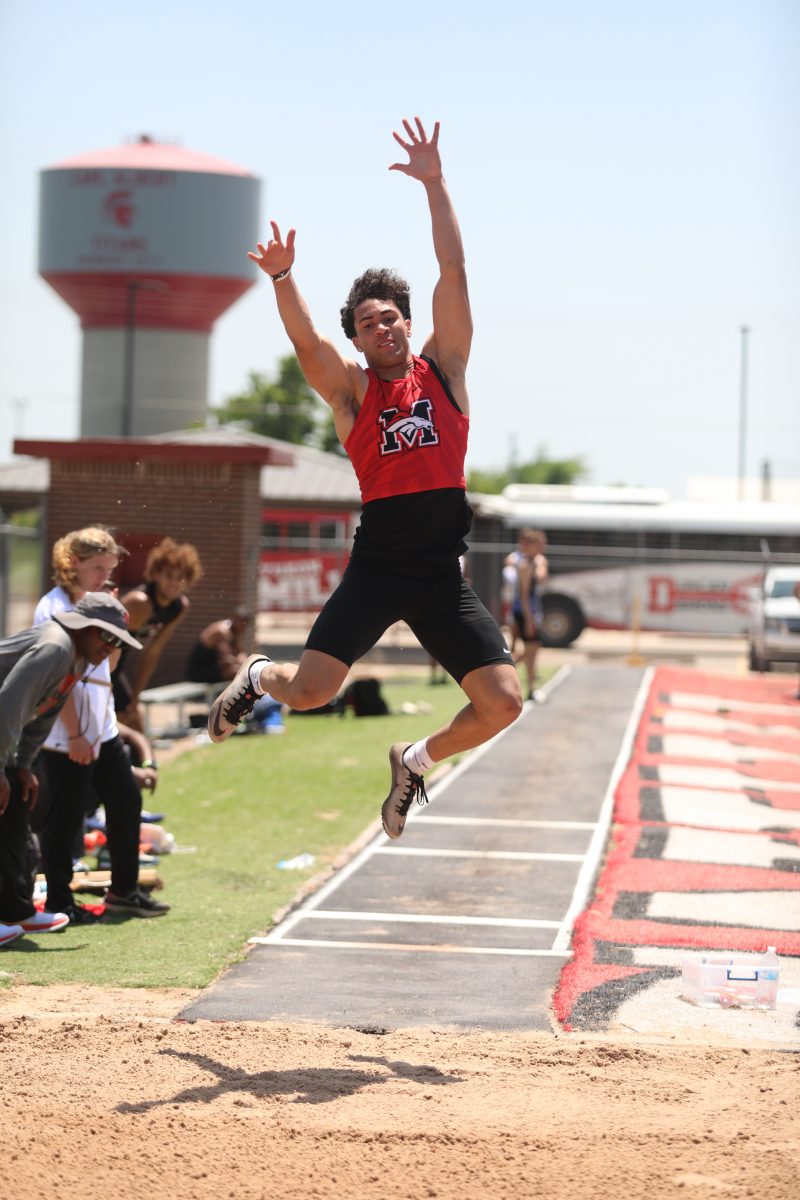