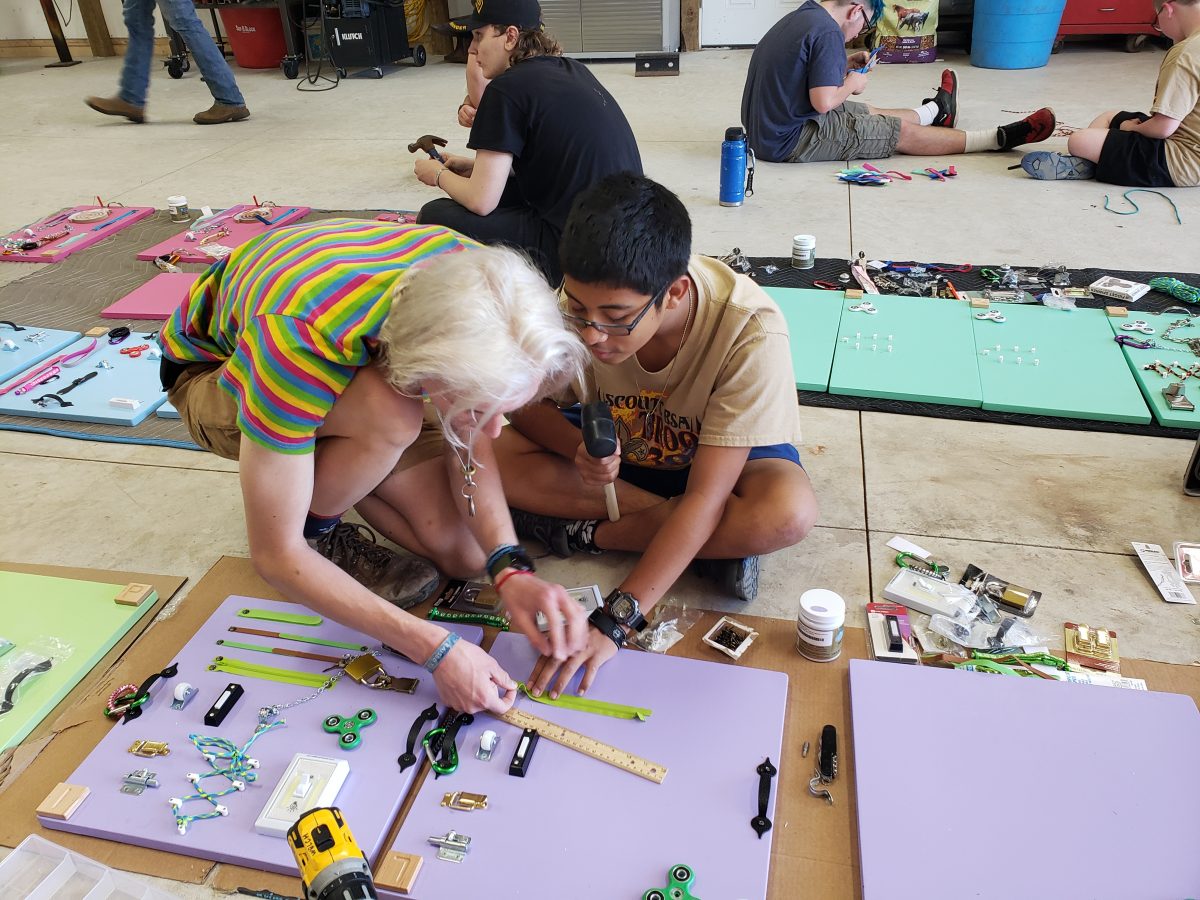 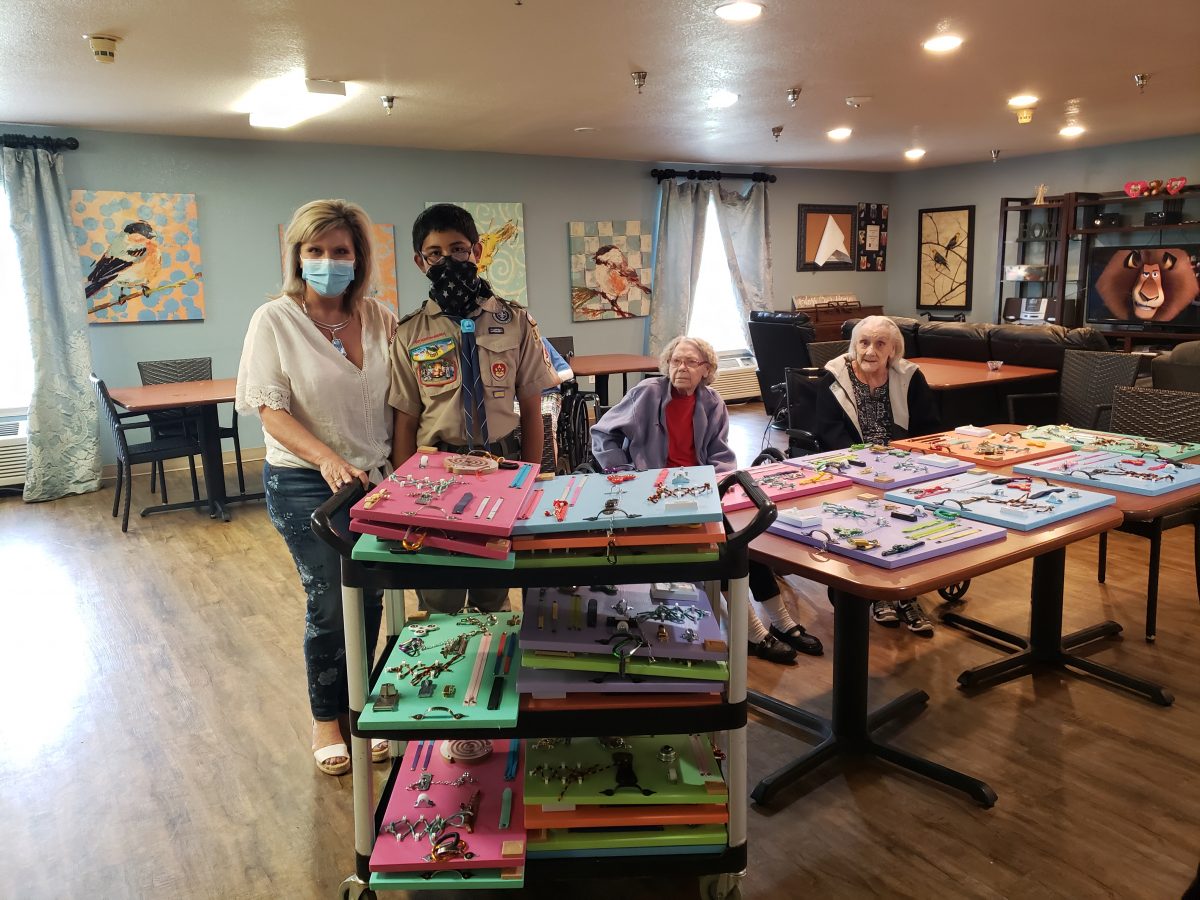 An expensive piece of equipment is no longer a concern for the Arbor House thanks to the efforts of one Mustang Eagle Scout.

CaidenJohn Welch, a 4th Generation Scout in Troop 300 in Yukon, coordinated his Eagle Scout project with Arbor House Executive Director and Administrator, Christy Davis, with the residents of the Arbor House benefiting from his hard work.

“My project was a series of busy boards for the Mustang Arbor House,” Welch said. “I chose the project because I wanted my Eagle Project to be related somehow with mental health. I was doing some research on some project ideas and I found busy boards.”

“When I did more research on the busy boards, I figured out that they could be very expensive, but at the same time they are beneficial to whoever receives them by slowing down the deterioration of the brain and progress of diseases such as Autism, Alzheimer’s and Dementia,” Welch said. “I myself with Autism felt really connected to it.”

Busy boards are wooden boards with gadgets like doorknobs, zippers, light switches and more. These gadgets are there for recipients (now the residents at the Arbor House) to play with to help combat memory loss.

“It really is a stimulation for our residents,” Davis said. “It gives them something to do when they’re sitting at the table. Maybe they can’t do other things that some of the other residents can do, but that is something that most of the residents can fidget with. Their hands are moving and it keeps their motor skills and things going. It’s really important for them to have things like that.”

CaidenJohn, and 16 volunteers who helped with the project, produced 24 completed busy boards during the project. In the past, the Arbor House only had a few busy boards, meaning residents had to use them one at a time. Now, the busy boards can be used as one big activity for the 18 residents.

“When he delivered them, we put them on the tables and the residents started working on them immediately,” Davis said. “It’s really a blessing to have them be able to do something like that for our community.”

Welch, an eighth grader at Mustang North, thinks he started the busy board project in November of 2021 and it got approved in March of 2022. Welch, and the group of 16 volunteers, worked on the project throughout April and spent 161 hours and 30 minutes on the project. That project cost would have been over $1,000 if not for the donations he received from Mustang Lowe’s.

Once those approvals were in line, Welch could start getting donations and officially planning.

Although the project isn’t seen publicly as much as other Eagle Scout Projects, the impact it will have on a personal level will make up for it.

“It’s giving to them, but it’s something that’s gives back to all of us,” Davis said. “We get to see the joy in their eyes that they get from what the boys have done. When he came and delivered them, the residents love kids, and they just were so proud that he chose us to do this with. It really made it a neat project for everyone around.”