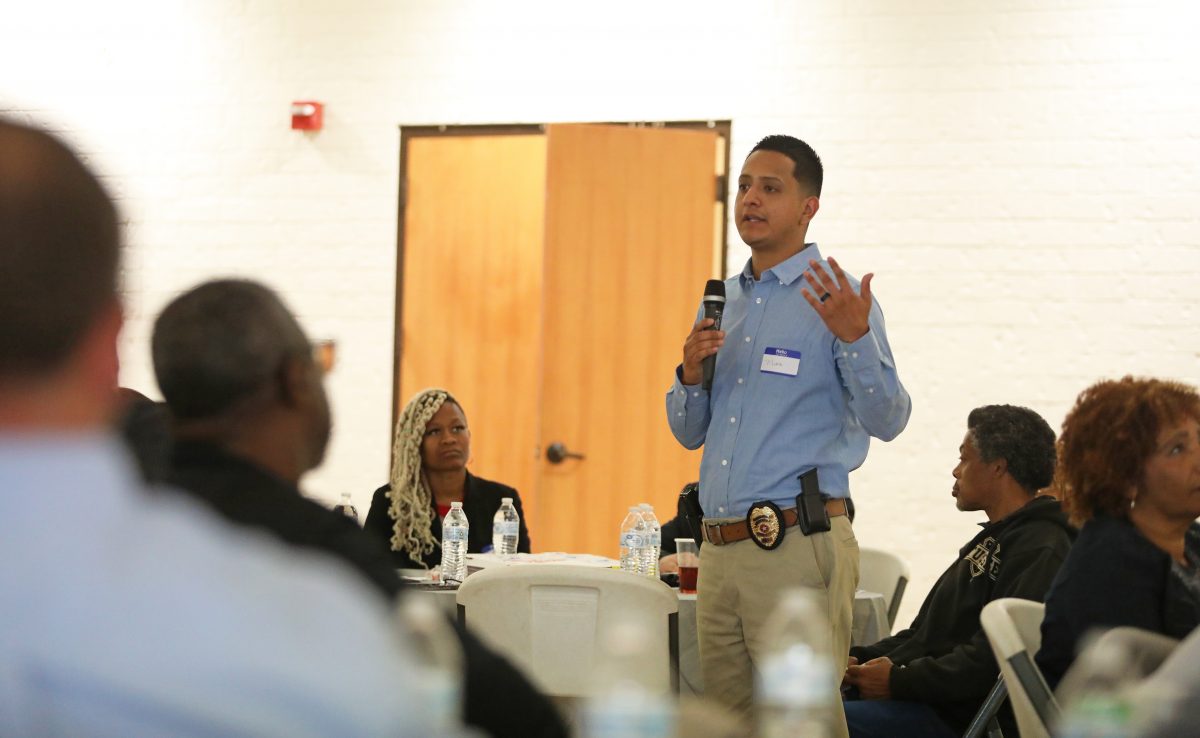 Law enforcement officers go through a variety of training before they ever hit the streets.
As part of that education, a group of new Midwest City police officers recently participated in a unique event that included honest conversations about race, bias, and criminal justice.

The Breaking Bread event was sponsored by the OK Justice Circle and the Midwest City Police Department.The OK Justice Circle is a group of faith leaders working to raise awareness in the faith community about criminal justice reform, challenges to the Oklahoma County jail and related issues.

It was the group’s fourth event in the Oklahoma City metro.

Midwest City Police Chief Sid Porter attended one of the previous Breaking Bread events. He said he was moved by the experience and asked if they could have a similar event for new police officers in Midwest City.

“When I went to this the first time it really made me think,” Porter said. “We just need to bring people together and interact with others who see things differently.”

Rev. Jon Middendorf, senior pastor of OKC First Church of the Nazarene, commended Porter and Midwest City for their progressive approach towards the issue.

“I wish we had more chiefs that had this kind of vision and passion,” Middendorf said. “We’re headed in the right direction here in Midwest City because guys like this are in charge.”

Officers were joined by a racially diverse group of community members for a pizza lunch and activities designed to help better understand one another.

Rev. Rodney Payne, Bethlehem Star Baptist Church of Oklahoma City, thanked the group for participating in the event and being part of a positive change in the community.

“We expect to get a result,” he said. “We expect a positive outcome. We expect that our new officers going out into Midwest City are going to have opportunity to have some conversion and will be able to deescalate based on relationships they established.”

He challenged the group to open their hearts.

“To have critical conversations you have to allow room for ignorance,” Payne said. “Everyone didn’t grow up where you do. Their experiences haven’t been the same as yours. To assume things because of color, age, gray hair or the community is unfair.”

Wayland Cubit, who recently retired from the Oklahoma City Police Department, said it’s important as people to continue evolving and become better humans. He said as a young police officer he developed biases after negative interactions and arrests of subjects. He judged people based on their negative actions and did not consider their ability to change.

“I did not leave room for who they could become,” Cubit said.

The group watched a video of a similar Breaking Bread event that took place in Minneapolis, Minnesota following the murder of George Floyd. In the video, six strangers from different backgrounds and viewpoints share a meal and have crucial conversations about healing in America.

They later answered four questions about race and justice in small groups. The first question asked is when they became aware of their race.

“You can be a good person and still make decisions that are racially motivated, “Cubit said. “You don’t need to defend your position, but share your position and perspective.”

After discussing the questions in small groups, some people shared their responses with the larger group. Some people shared experiences with racism and segregation in their own lives. Cubit encouraged people to continue having these discussions in the future to continue to learn and grow.

The event also included speakers such as Braden Landreth who delivered a testimonial about his recovery from drug addiction. He said law enforcement and the county’s drug court played a key role in helping him get his life back on track.

Oklahoma County District Judge Kenneth Stoner, who oversees the drug court, praised Landreth for changing his life and serving as an example for others. Stoner said Oklahoma County has one of the most successful programs in the country. 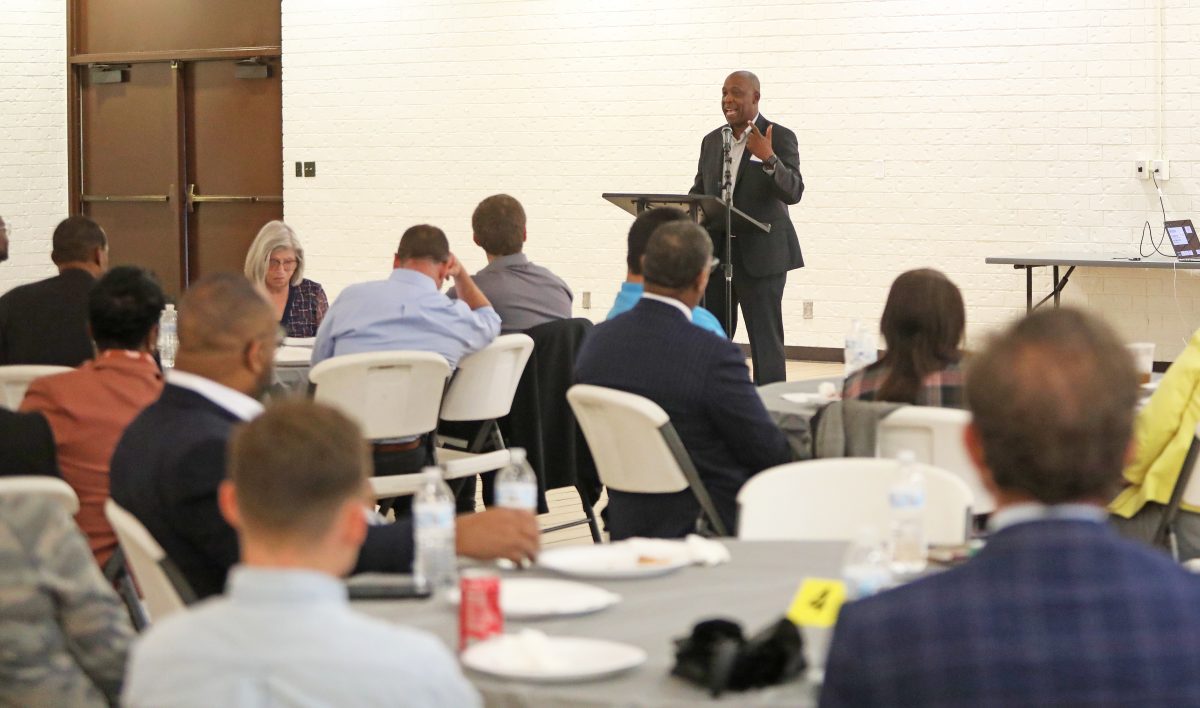 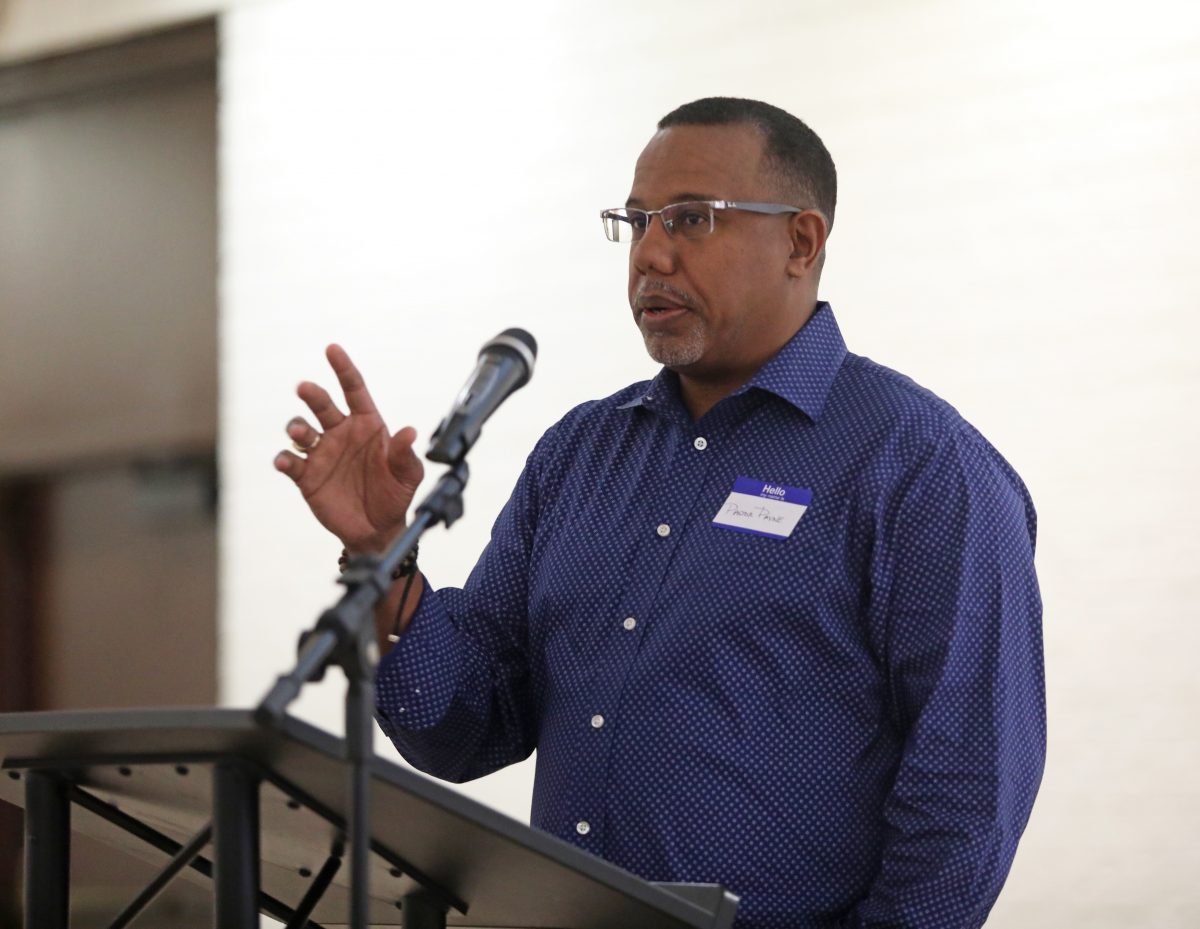