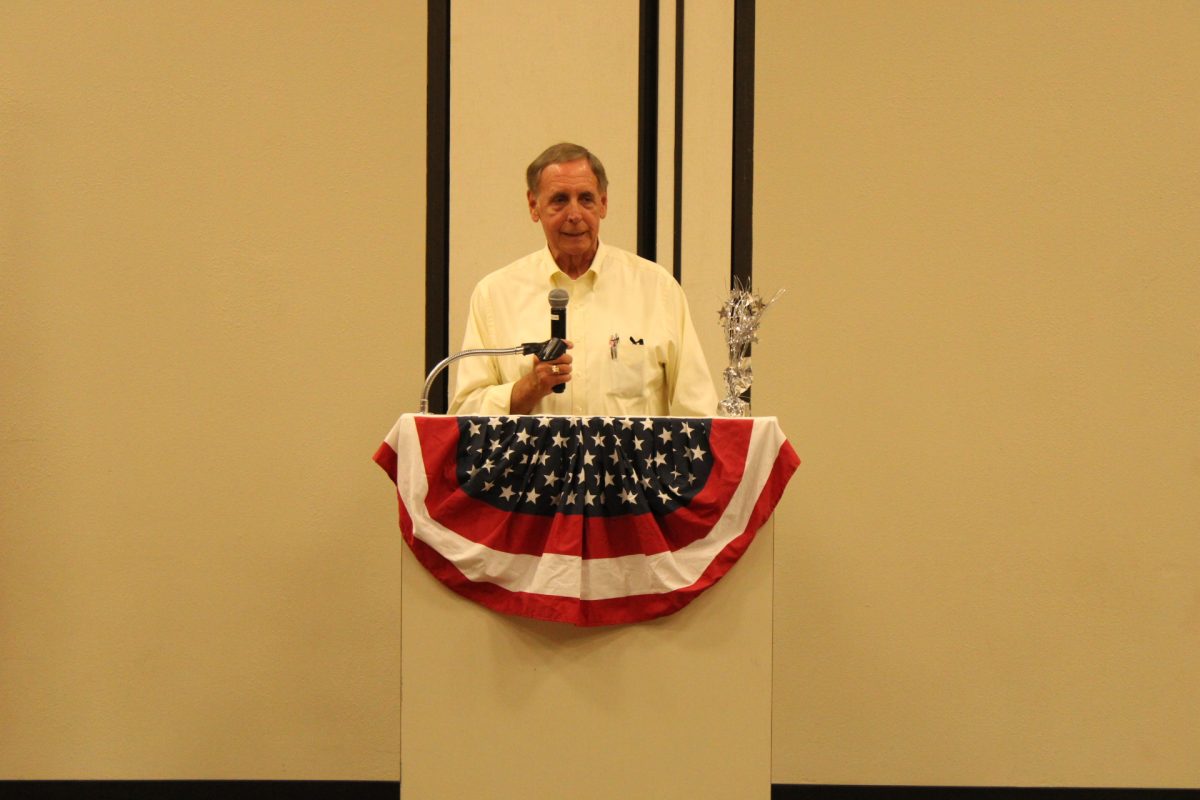 Candidates for various offices met with members of the Mustang community at the Mustang Town Center on Thursday evening, giving the public a chance to learn about each of the candidates ahead of the June 28 primary.

Representatives for Sen. James Lankford, Rep. Frank Lucas, Clark Jolley and State Attorney General John O’Connor were also present. They did not deliver a speech for their candidates, respectively.

Each candidate was allowed three minutes to speak about their platform.

Hughey emphasized his experience with the law and explained his values (Christian, involved in the community). He also mentioned that Canadian County is doing an excellent job of keeping Juvenile cases moving through the system and helping them find permanent homes quickly.

Russ walked the audience through his career path through the State House of Representatives and explained his background working in finance. He mentioned the role of the treasurer in managing the state’s $10 billion of funds and investments, before emphasizing his qualifications to handle those funds.

Holland talked about Inhofe and his role working with former President Donald Trump administration. He mentioned the successful appointments of Supreme Court Justices and the shortcomings of President Joe Biden’s administration.

Stewart prefaced his speech by talking about the importance of infrastructure. He talked about his record of leadership as a Canadian County Commissioner, mentioned some of his service within the Yukon community before concluding.

Burleson mentioned he was a writer, a podcaster and a historian who has published nine books. He mentioned that he left ministry to run for Congress. He emphasized his intent to fight for constituents in D.C.

“It’s time for some fresh blood,” Burleson said. “I don’t think it’s good to have career politicians in Washington D.C.”

Zearley talked about working at the State Capitol and the things he learned from his time working there. He said he understands the issues and talked about the inflation citizens are experiencing.

Osborn spoke about the Labor Commissioner’s role and mentioned some of the jobs where Oklahoma needs more employees. Osborn said the average age of occupations being above 42 years old is considered a looming problem because not enough people are being brought in to replace the retiring age groups.

Her plan would have co-counselors identify students talented in specific skills and direct them into apprenticeships and career tech institutions. She asked the public to give her four more years to continue working on similar projects.

Kintsel emphasized becoming No. 1 across the 50 states in the Department of Veterans Affairs stemming from taking care of disabled veterans. He focused on the McGirt decision, alleged corruption in Gov. Kevin Stitt’s Administration, and concerns about the growth of the medical marijuana.

Baker mentioned his credentials as a Tulsa police officer, and his career protecting Americans. He is running on a platform of jobs paying a living wage, good public schools and affordable higher education, safe communities and access to healthcare.

Rider spoke of furthering progress by addressing fears. She told a quick story about her childhood fear of water after she suffered a near-drowning experience. She eventually became a teacher for adults afraid of water. She took accounting in college and eventually ended up in a county department. The theme was pushing fears can help better the community by not holding us back. 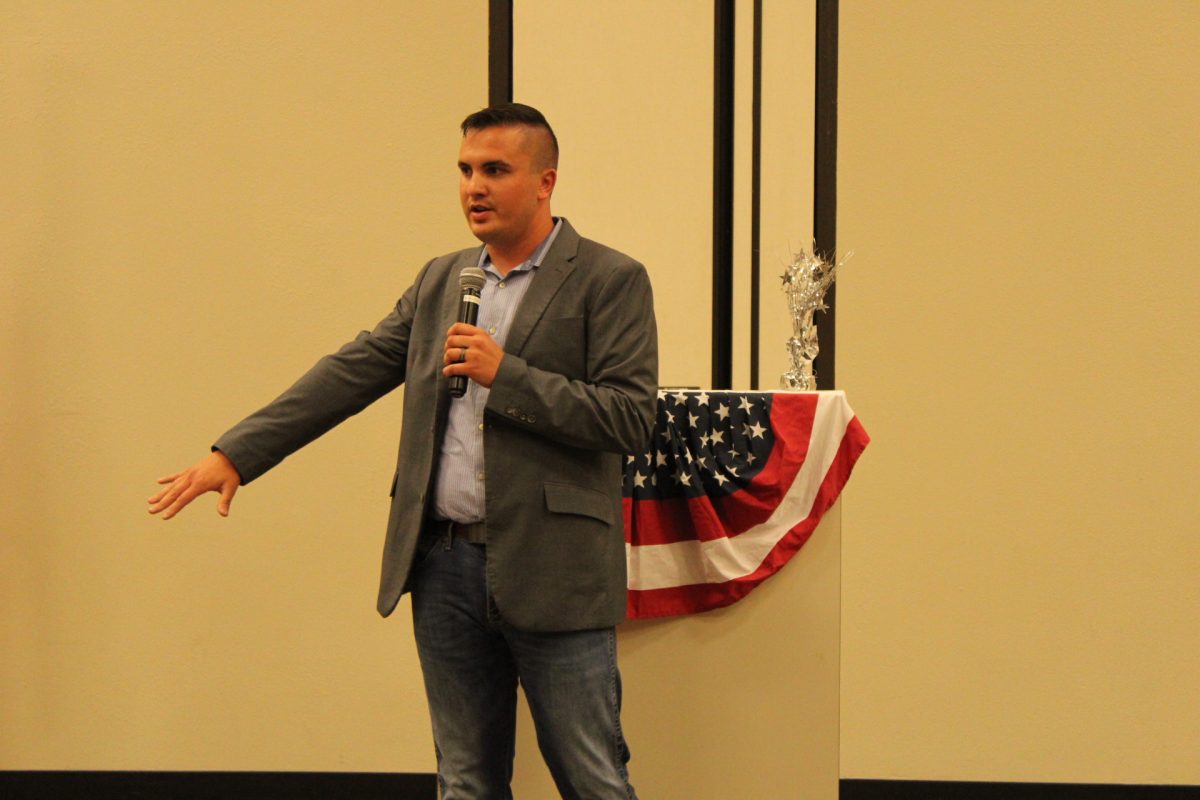 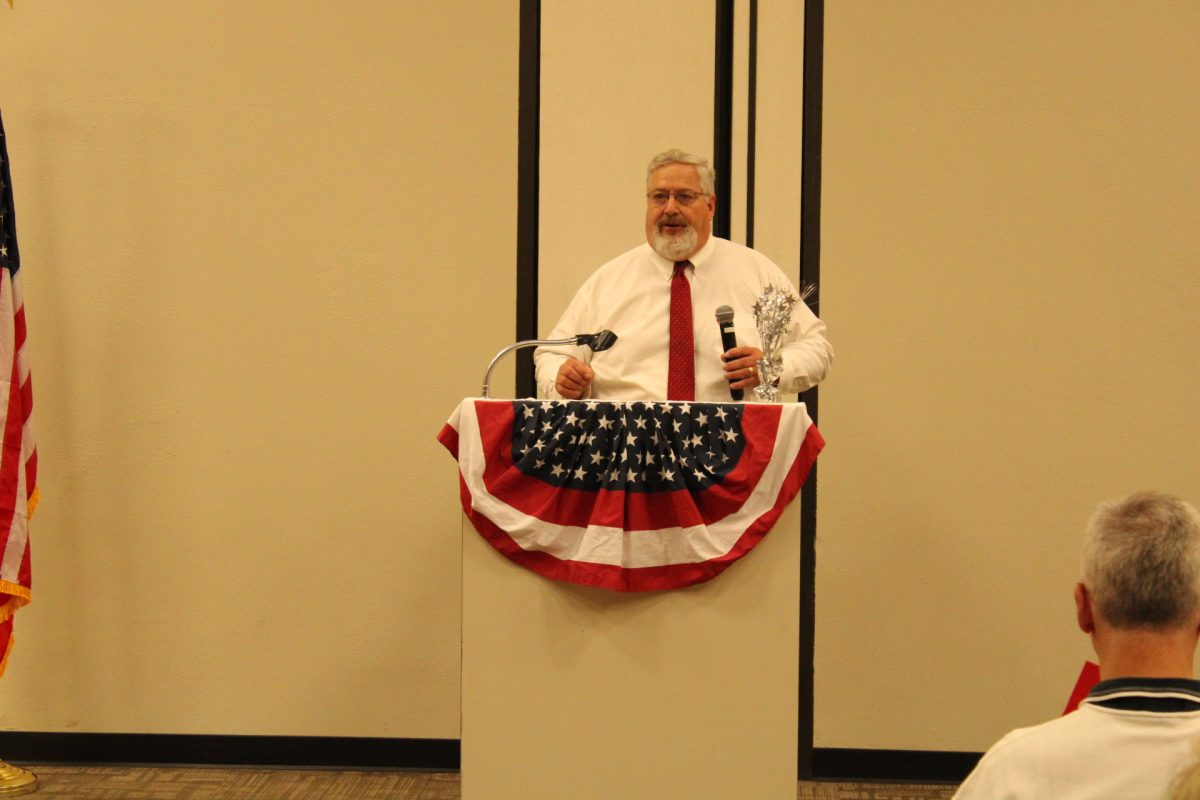 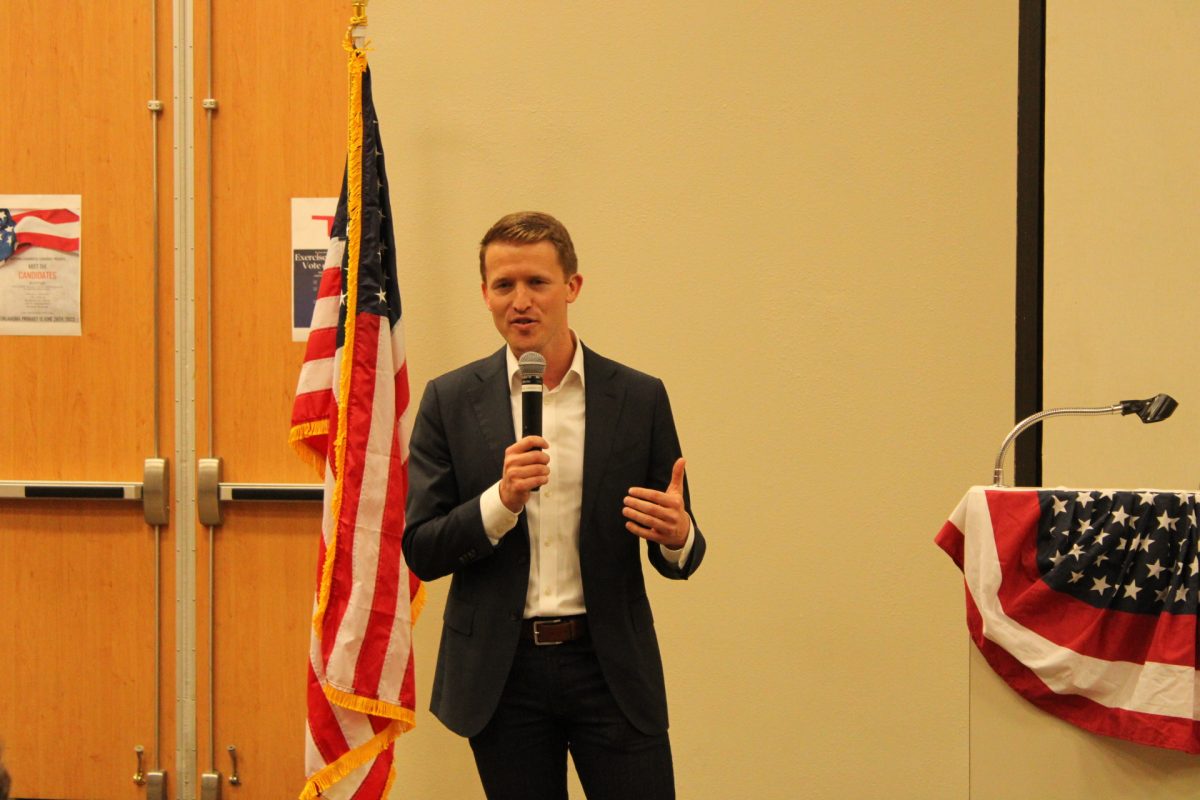 Luke Holland is running for Sen. Jim Inhofe’s Senate Seat. Holland has served as Inhofe’s Chief of Staff in the past. 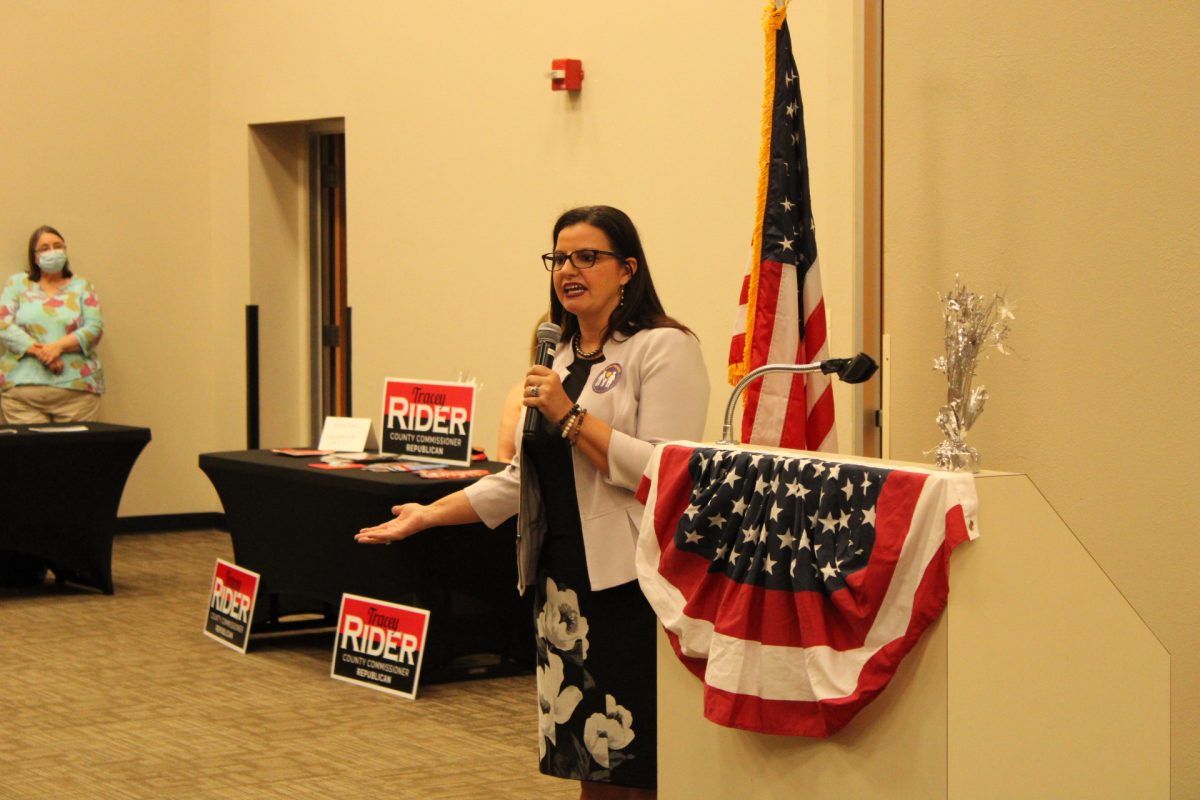 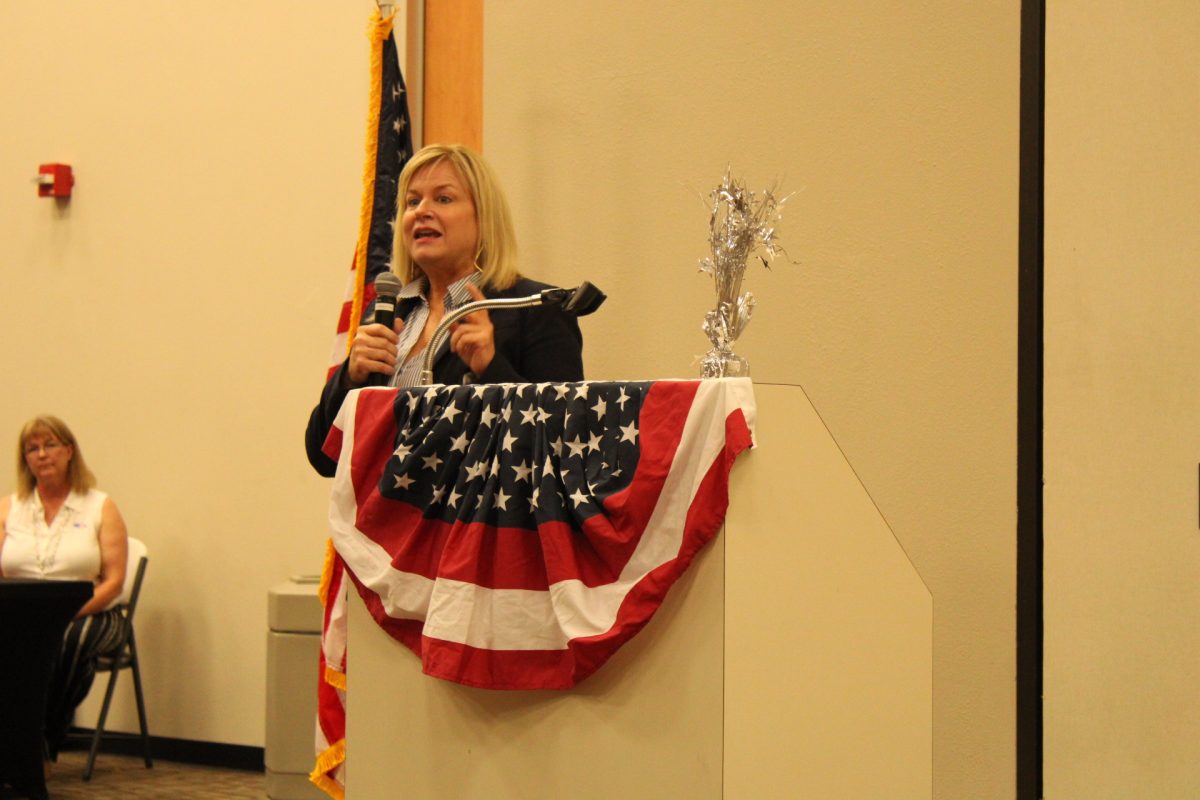 Leslie Osborn spoke at the Mustang Town Center June 23. She is running as the incumbent for State Labor Commissioner.