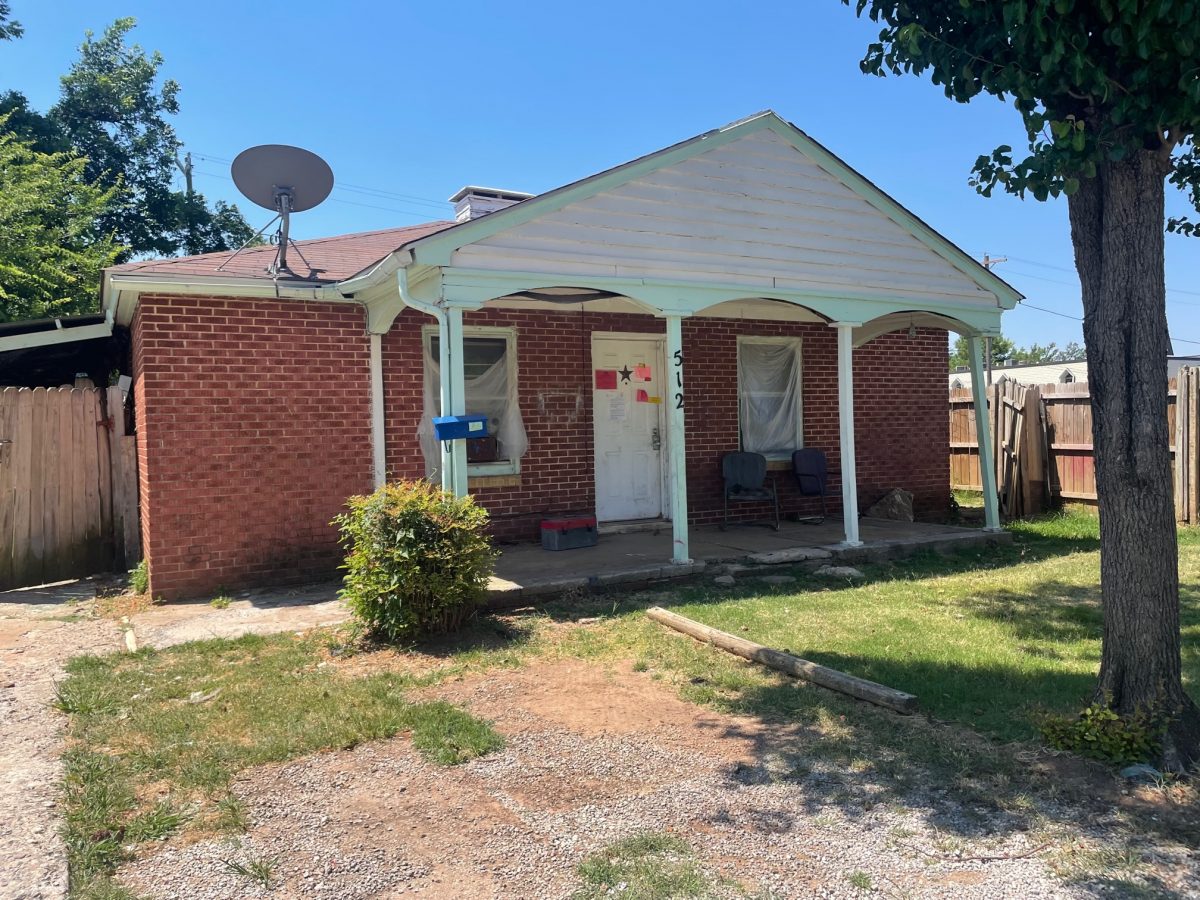 Midwest City plans to demolish a house where 25 dogs were abandoned and rescued by city staff. Photo by Valerie Scott

The council unanimously approved the request to declare the house at 512 E. Ercoupe Dr. as a dilapidated building and agreed to have it demolished and removed.

Mike Stroh, director of Neighborhood Services, said they received complaints about the house on May 12. Code enforcement officers inspected the house and found “extremely insanitary” conditions inside the house and a noxious odor that can be noticed about 25 feet from the front door. Portions of the brick façade were falling off and the house is still open and unsecured, according to Stroh.

“I went there, and I got within 10 feet of the structure and the smell was so bad,” Stroh said. “I’m glad it wasn’t one of the real hot and windy days.”

The house is slated for demolition within 10 days and removal of the structure to be complete within30 days.

Animal control officers were called to the house May 11, after authorities received complaints from neighbors about three aggressive dogs running loose in neighborhood. When the officers arrived, they found the front door of the house was open. Inside the house, they found several dogs living in unhealthy conditions.

A total of 25 dogs were removed from the house and taken to the animal shelter. The dogs were infested with ticks and lice. The animals rescued included several pregnant female dogs and a new litter of puppies. Of those animals rescued, 16 puppies and three adult dogs were adopted by June 24.

The property owner, Tammie Rowden, was arrested and charged June 20 with 25 counts of animal cruelty in municipal court. The city requested that she serve 30 days on all counts. Judge David Howell sentenced her to 10 days in jail plus all fees and costs.

“Our city employees take a lot of crap from a lot of people, but they should be commended,” said Byrne.