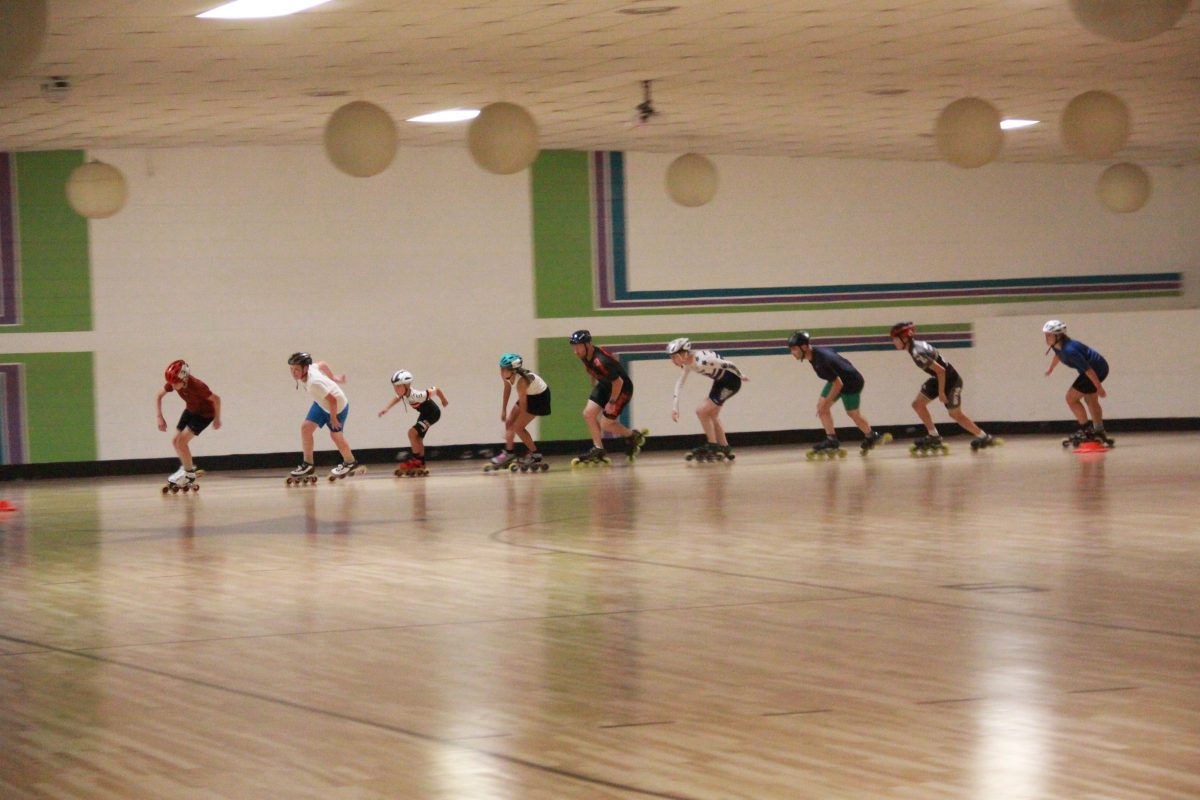 The local skating rink is also home a group of skaters who aren’t afraid to test their limits.

A speed skating team meets at Star Skate to work on their speed and technique. The team consists of skaters of all ages from across the state. They currently have 16 players.

“We have quite a few that are from Ada as well as a decent amount of players from Midwest City and a couple from Norman,” said Chris Hale, owner of Star Skate and coach of the speed skating team.

Hale was a speed skater in his younger years and competed in nationals.

Chris Hale’s son Ashton is one of the skaters on the team.

“I enjoy seeing competition on the worldwide level,” said Ashton. “I want to be there instead of where I am. I always want to see myself improve. Trials for the USA team are on Labor Day weekend, my goal is to see myself on the team.”

Ashton has excelled in several competitions. He won 13 gold medals and silver at the American Championships in Colorado.
Heather Laufer, an assistant coach for the Star Skate team, also competes in speed skating events including one recently in Germany.
A member of the team, December Nanaeto, 12, participates in outside and inside skating. Her mother, Amber King, runs the rink in Shawnee.

“I like how shocked people are when I tell them I speed skate,” said Nanaeto.

Jarred Pierce, another member of the team is a retired Marine of 23 years.

“I used to skate a lot when I was younger but stopped when I joined the Marines. My wife likes to say I am reliving my dream and I respond with, well yeah, and I am loving it,” said Pierce.

In order to join the team, new members need at least the basics of skating down. If you aren’t quite sure speed skating will be your thing, newcomers can participate in a trial practice and work up to more advanced techniques.

“As long as you are a proficient skater, you don’t have to have any real kind of skill, just a desire to go fast and we’ll teach you the rest,” said Chris Hale, “Players also don’t have to compete in any competitions. It is encouraged because of course we pride ourselves on being one of the best teams but competing is not mandatory.”

Star Skate Midwest City received a facelift in the past year.

“The skating rink got replaced in August with wood flooring, we have new carpet laid out, and just this morning we finished redoing the snack bar,” Chris Hale said.

Chris Hale also owns Star Skate rinks in Norman, Shawnee and Ada. He hopes to build speed skating programs at each of the locations. 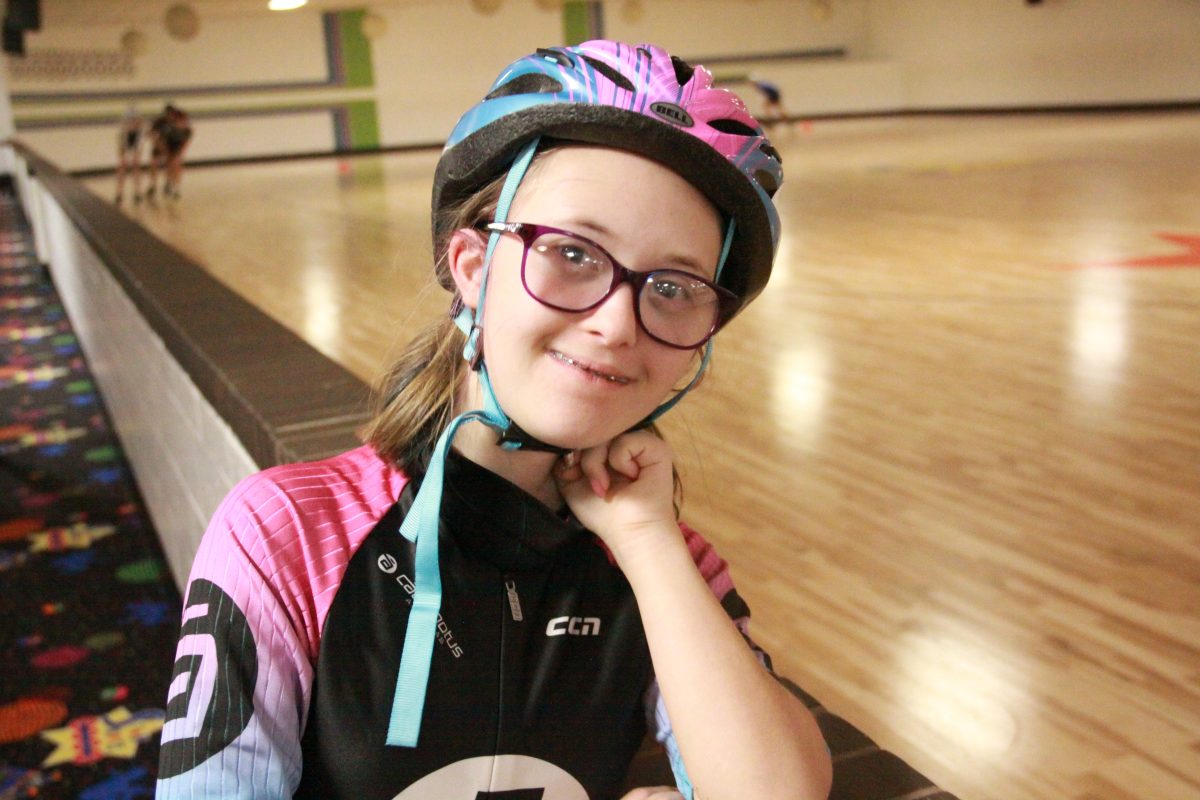 Kiya DeFalco a recent member of the team in her speed skating gear at Star Skate in Midwest City on June 29. Photo by Valerie Scott 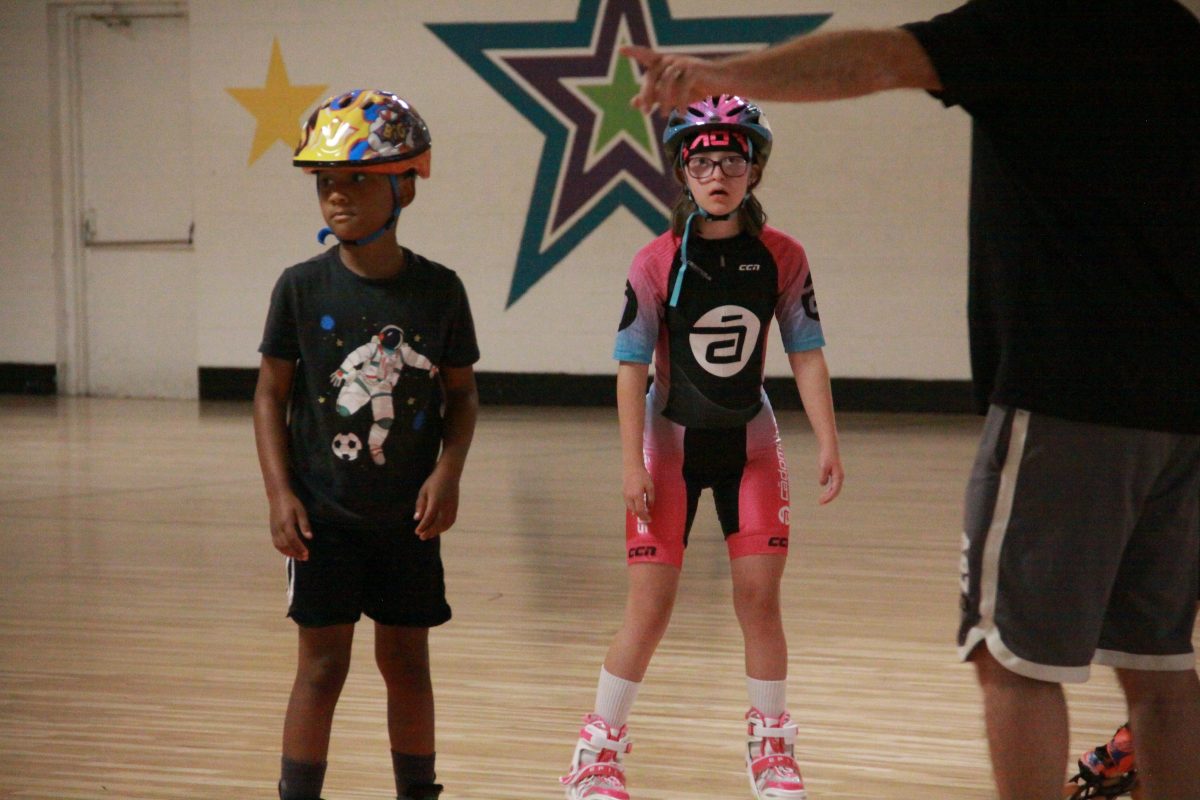 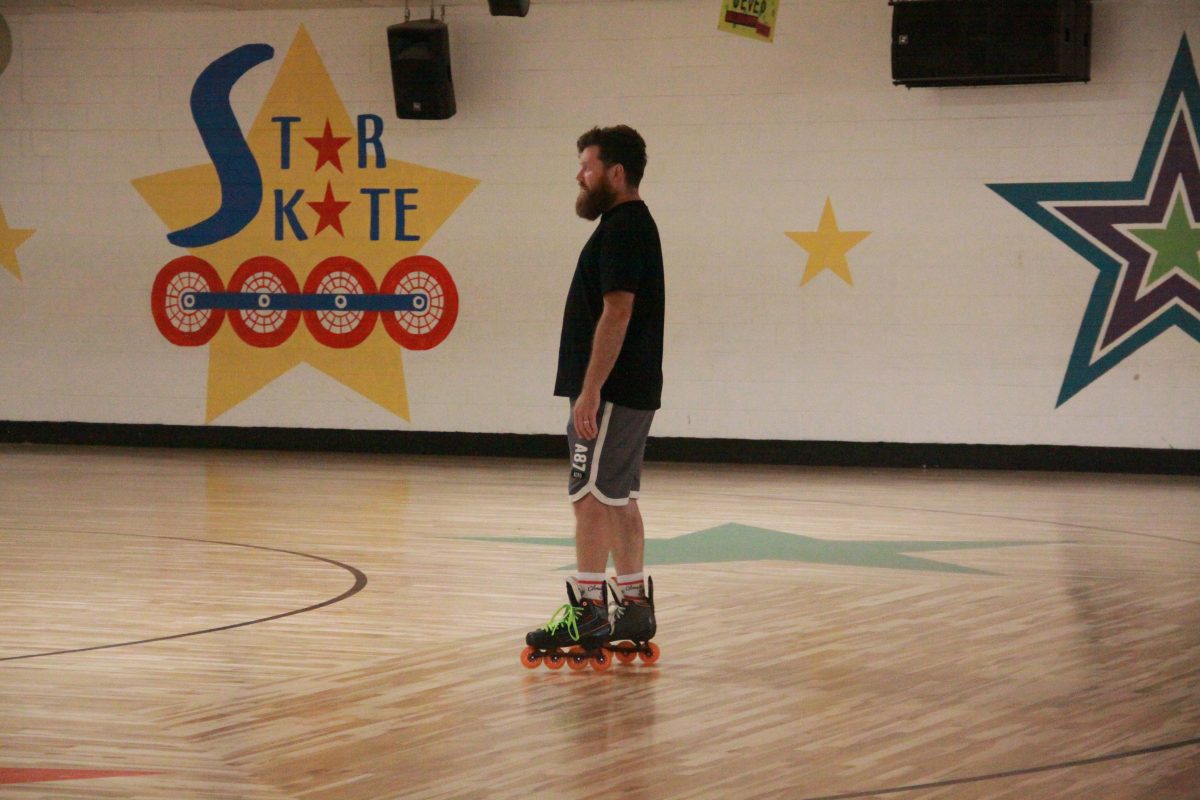