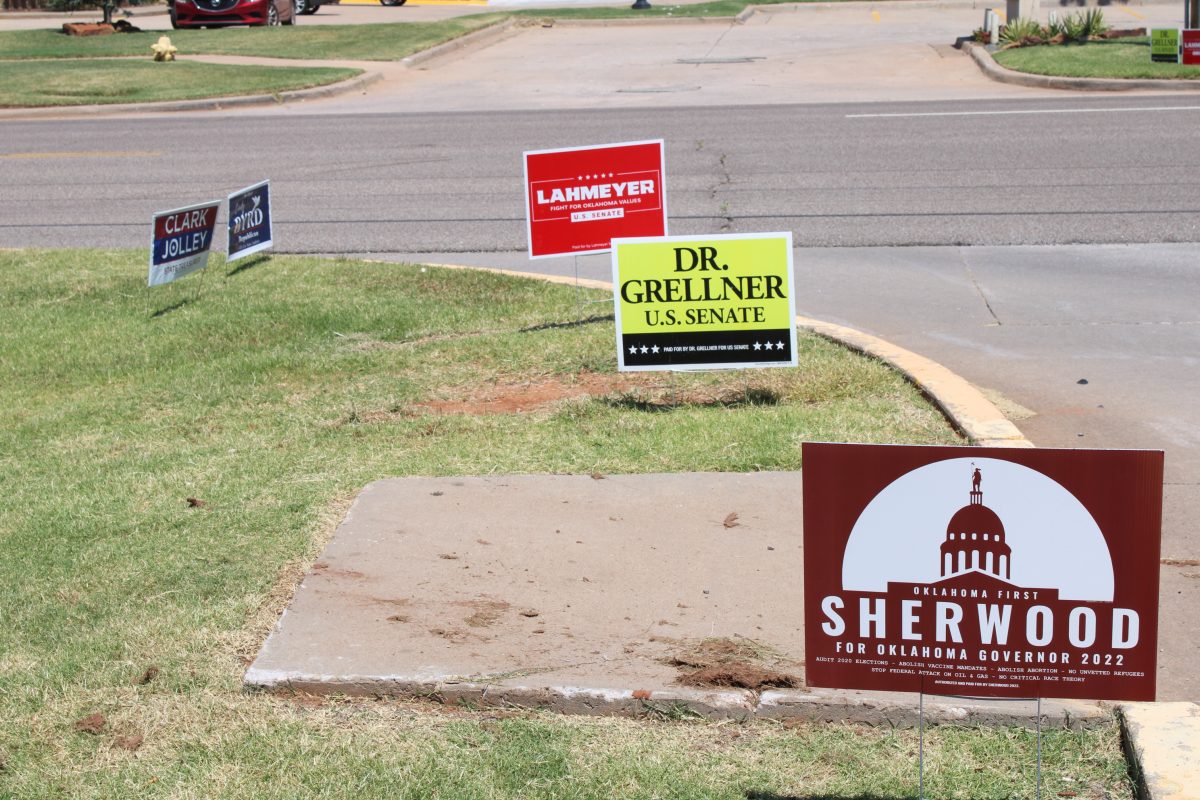 Candidates will face each other in a runoff election on Aug. 23.

An extra U.S. Senate seat is one step closer to being filled following the Oklahoma Primary on June 28.

With Sen. Jim Inhofe retiring at the end of the year, that opened the floodgates for any interested parties in replacing the long-time senator. On Tuesday night, U.S. Rep. Markwayne Mullin came up short of winning 50% of the popular vote, meaning he will face second place candidate T.W. Shannon in the Aug. 23 runoff.

Following the results, Mullin released a statement on Twitter.

“We are so humbled and honored by the overwhelming support we received tonight,” Mullin said. “Our victory speaks to the strength of this campaign, and together, we’re going to take this fight to the Senate and Save America. The real work starts now. We’ve got 8 weeks. Thank you, Oklahoma!”

“Thank you to our supporters around the state for all the hard work in getting us to the runoff,” Shannon said. “This is a reset, & I salute all those with courage to run. Now, conservatives can unite behind a true conservative who can beat the DC establishment. Our work begins today!”

According to the Oklahoma State Election Board, with all results being unofficial until the board certifies them, Mullin received 43.62% and Shannon earned 17.54% of the vote, respectively.

Nathan Dahm received 11.92% and Luke Holland, who served as Inhofe’s Chief of Staff, finished with 11.28% of the vote.

The winner of the Republican primary runoff will face Kendra Horn, who formerly represented Oklahoma’s 5th Congressional District, during the general election in November.

Also determined Tuesday night, incumbent U.S. Sen. James Lankford ran away with the Republican nomination for his seat with a whopping 67.83% of the vote. Jackson Lahmeyer generated only 26.38% of the vote.

Lankford released a statement after the results came in.

“Thank you for putting out a yard sign, putting a bumper sticker on your car, and for praying for us,” Lankford said. “Thank you for supporting us on June 28 and being a part of Team Lankford. We are incredibly grateful for this opportunity to be able to serve together. We look forward to joining alongside you as we focus our eyes on November, keeping Oklahoma red, and taking back the United States Senate!”

Lankford will have to wait to learn his Democratic opponent. In that race, the top two candidates were Madison Horn and Jason Bollinger. Horn (37.18%) and Bollinger (16.78%) will also meet in a runoff on Aug. 23.

Dennis L. Baker, Jo Glenn and Brandon Wade also earned more than 10% of the vote in the race. They will not be participants in the runoff.

As for U.S. Congressional seats, much more is clear following the primary.

In Congressional District 3, incumbent Frank Lucas generated 61.14% of the vote against challengers Wade Burleson and Stephen Butler in the Republican primary.

Similarly, in Congressional District 4, incumbent Tom Cole earned 69.77% of the vote against his Republican challengers Frank W. Blacke and James Taylor in the primary.

Stephanie Bice, the Congressional District 5 incumbent, also won her Republican primary with 68.36% of the vote against Subrina Banks.