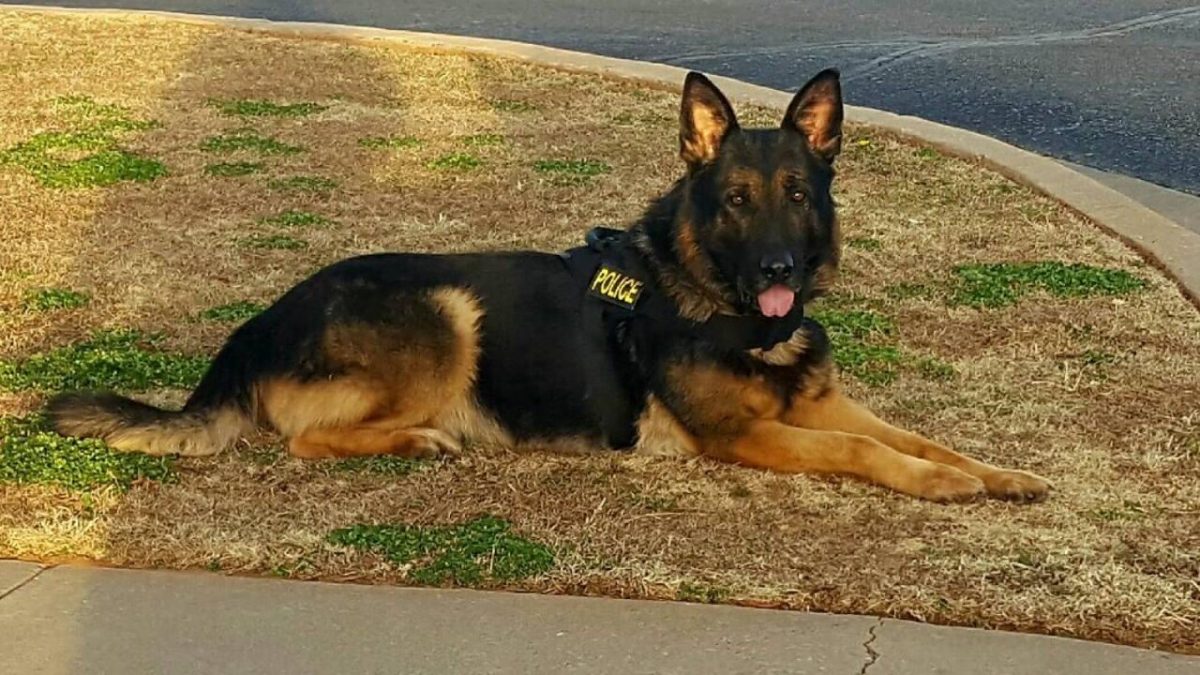 Lex retired from the force in 2020. (Photo provided) 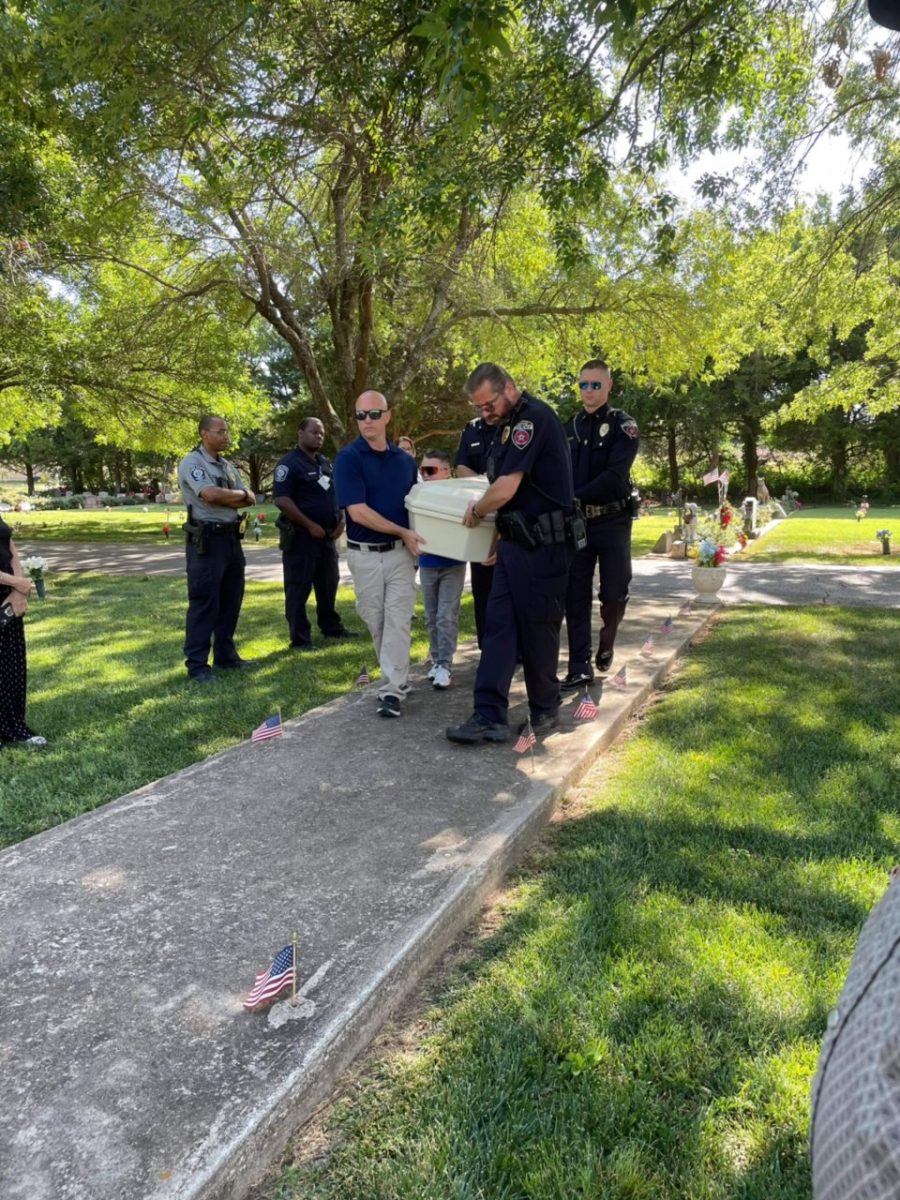 news@mustangpaper.com
The Mustang Police Department, particularly Chief Rob Groseclose, has plenty of history with Lex, a K9 Officer that served the Mustang Community.
Originally, Groseclose helped buy the K9 from Little Rock K9 Academy in 2013-14. Groseclose later left the job he was working at and Lex was then given to Logan County.
When he was sworn in as the Mustang Police Chief, the Logan County Sheriff’s Office offered Groseclose a chance to take in Lex for the force. Groseclose didn’t hesitate.
“We worked it all out and brought him here,” Groseclose said. “He certainly made a difference in my life as well as many other police officers.”
Lex came to be in the Mustang Police Department’s possession in 2017 through a donation from the Logan County Sheriff’s Office located in Guthrie.
He retired at the end of 2020 as a result of numerous medical issues and went to live the best of the rest of his life with his handler.
“He is truly a one of a kind dog,” Groseclose said. “He did everything well. That’s what was cool about Lex.”
Groseclose recalled Lex being tolerant with children, but being able to flip a switch and do his job when the time came. Lex served as a dual-purpose dog, doing handler protection and narcotics.
Police and fire department members showed out when Lex was euthanized on July 7 and thought about the memories with Lex in the field.
“He was a member of our police department,” Groseclose said. “It was not just a dog. It was not just a pet. I mean, it was a coworker for us and somebody that we relied on to help facilitate our job. Lex was meaningful to this agency, as well as a couple of other ones. It was very humbling and flattering to see the officers and fire personnel come and pay their respects. Everybody got a chance to go say goodbye and it was a very emotional experience.”
Christina Noblitt later posted a message and shared it with the City of Mustang on Facebook afterward.
“Heaven gained a beautiful heart this morning,” Noblitt said in the post. “One of the best Mustang PD officers K9 Lex Hanson went over the Rainbow bridge today. He was one of the sweetest, most intelligent animals any of us had ever met. He will be very very much missed. Thank you Lex for keeping Mustang families safe and sharing your love with everyone you came in contact with. Please pray and send love to the Hanson family today as they go through this difficult time. Lacee, David, and kiddos: we love you very much. So sorry for your loss. We’re here if you need anything.”
Posted in Mustang Times Area News, Mustang Times Breaking News