At the regular meeting of the State Board of Education held on Thursday, July 28, 2022, there was an action item included on the agenda for “Discussion and possible action on school district and school site accreditation recommendations for the 2022-23 school year -70 O.S. §§ 3-104, 3-104.3, 3- 104.4; OAC 210:35-3-201.” During the discussion on this item, Mustang Public Schools was mentioned as having had a verified HB1775 complaint. The Board proceeded to vote to place Mustang on Accreditation with Warning status based on this complaint.

“We were shocked to learn of this action,” Superintendent Charles Bradley said. “Looking at the agenda item as posted by the State Board, I do not know how a reasonable person could discern that this was coming. We were as surprised as anyone to hear our name mentioned today. After watching the replay of the State Board meeting it appears that at least one of the Board members, including one who made the motion to increase the penalty, was seemingly unaware that we were included on the agenda.”

In January 2022, a concern was brought to MPS Administration concerning a potential HB1775 violation. Just as with any concern presented, we promptly investigated and acted quickly to resolve the issue to the complainants satisfaction within a matter of days (see below). Despite MPS acting in good faith and fully resolving the issue detailed in the original concern, almost five months later, the complainant proceeded with the filing of an official HB1775 complaint with the State in June 2022. Upon that, MPS fully cooperated with the State and presented our investigative findings; the result was that the OSDE agreed with our conclusions that a verified violation of HB1775 had occurred and recommended to the State Board that Mustang be placed on Accreditation with Deficiency status. Despite the actions of the District, the State Board chose to vote to give MPS the status of Accredited with Warning. This was a more harsh penalty than what was recommended by the Oklahoma State Department of Education to, according to Board members, “to be consistent with the [earlier] vote on Tulsa Public Schools.”

“We are disheartened that this single outlier event has resulted in this harsh action,” Bradley said. “We acted expediently to resolve the complaint to the complainant’s satisfaction and yet no consideration was given by the State Board to our response to this event. With the Board action to increase the penalty above the recommendation, I seriously question the criteria for these Accreditation Categories. We are eager to work with the State Department to understand why this decision was made.”

The situation referenced in the original HB1775 complaint is addressed below:

Mustang Public Schools is committed to fostering an inclusive, respectful, and supportive learning environment where each person, students and staff, feels a sense of belonging and is treated with dignity and respect. In an attempt to foster a sense of belonging and empathy amongst students in a Leadership class, a voluntary “Cross the Line” activity was conducted by a teacher. The lesson/activity is not part of any curriculum adopted by MPS, nor is it a part of any curriculum approved or adopted by the State of Oklahoma.

Cross the Line activities originated from the anti-bullying space and were meant to help students to develop the understanding that everyone has something that they deal with and to empathize with and not bully or tease others. Unfortunately, the activity that was chosen in this instance was one that was adapted from and focused on topics not appropriate for our students. We eliminated the use of this lesson, effective immediately and moving forward, and regret that it was used at all.

As this is a personnel matter, the district is not able to provide further information at this time.

Please be assured that our focus will always remain on the academic and social well-being of our children. As always, we welcome any parent who has a concern about their student(s) to visit with school administrators. We appreciate the opportunity to serve our community, and again, please reach out to us with any questions or concerns.

In reference to HB1775, Mustang Public Schools does not condone actions contrary to the law; we have and will continue to train staff on how to meet the requirements of the law and will work to resolve any issues or concerns as they arise. 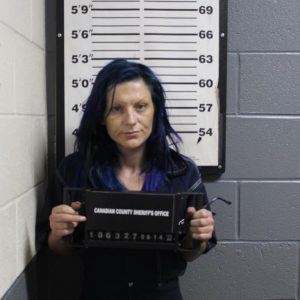