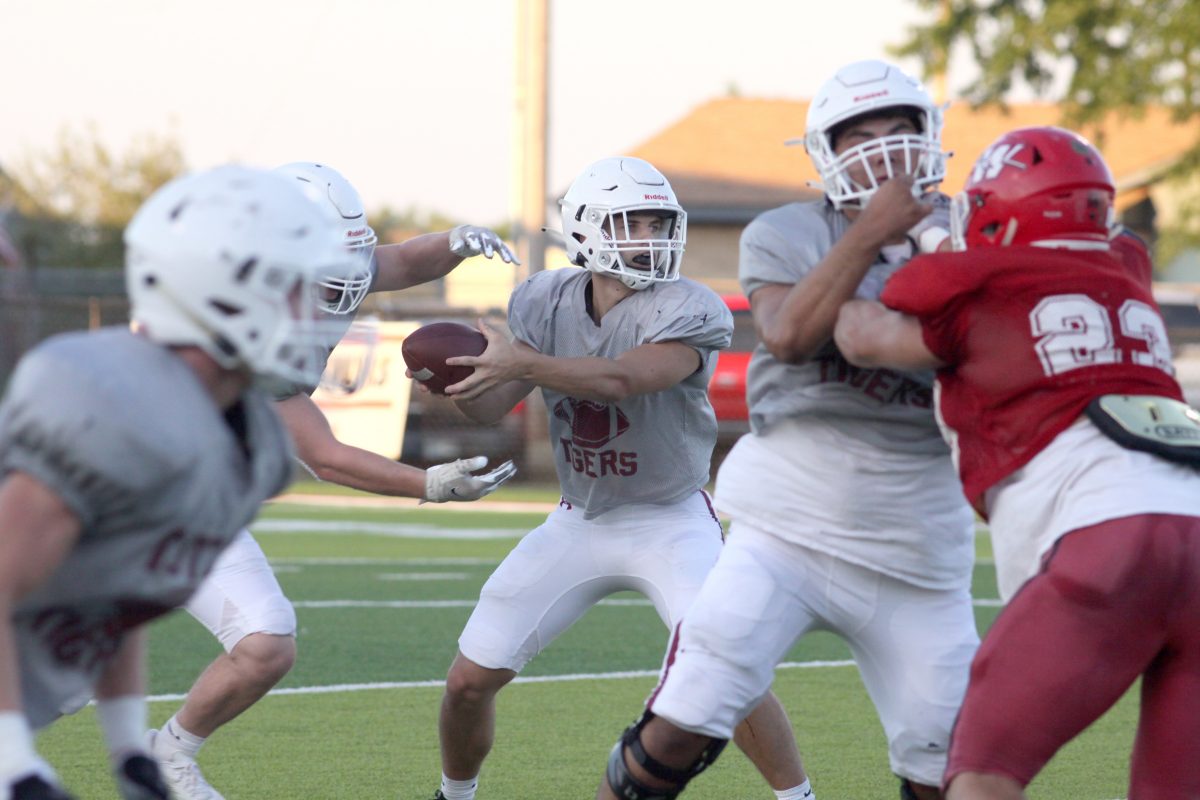 Both programs got some reps in at Bill Hinkle Field in front of a big crowd. 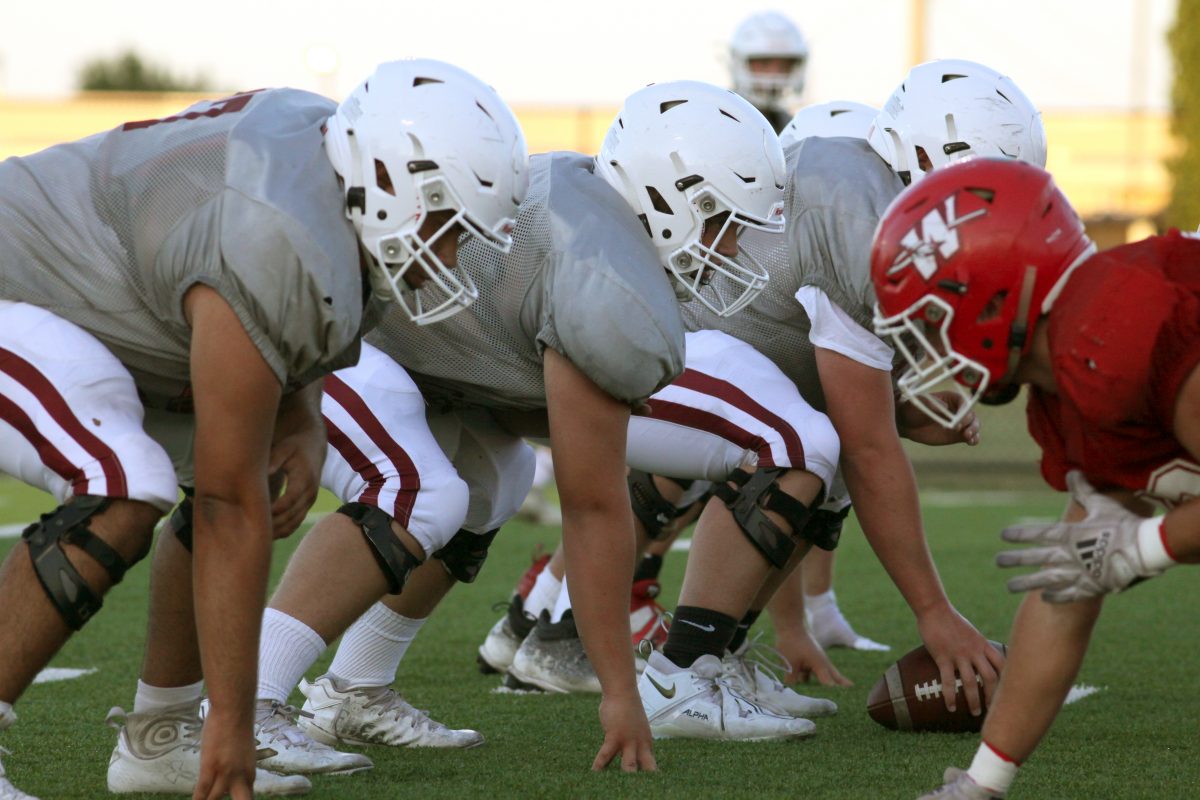 Tuttle Head Football Coach Brad Ballard  said the best take away from the scrimmage was that, “We stayed healthy. That was the biggest part. 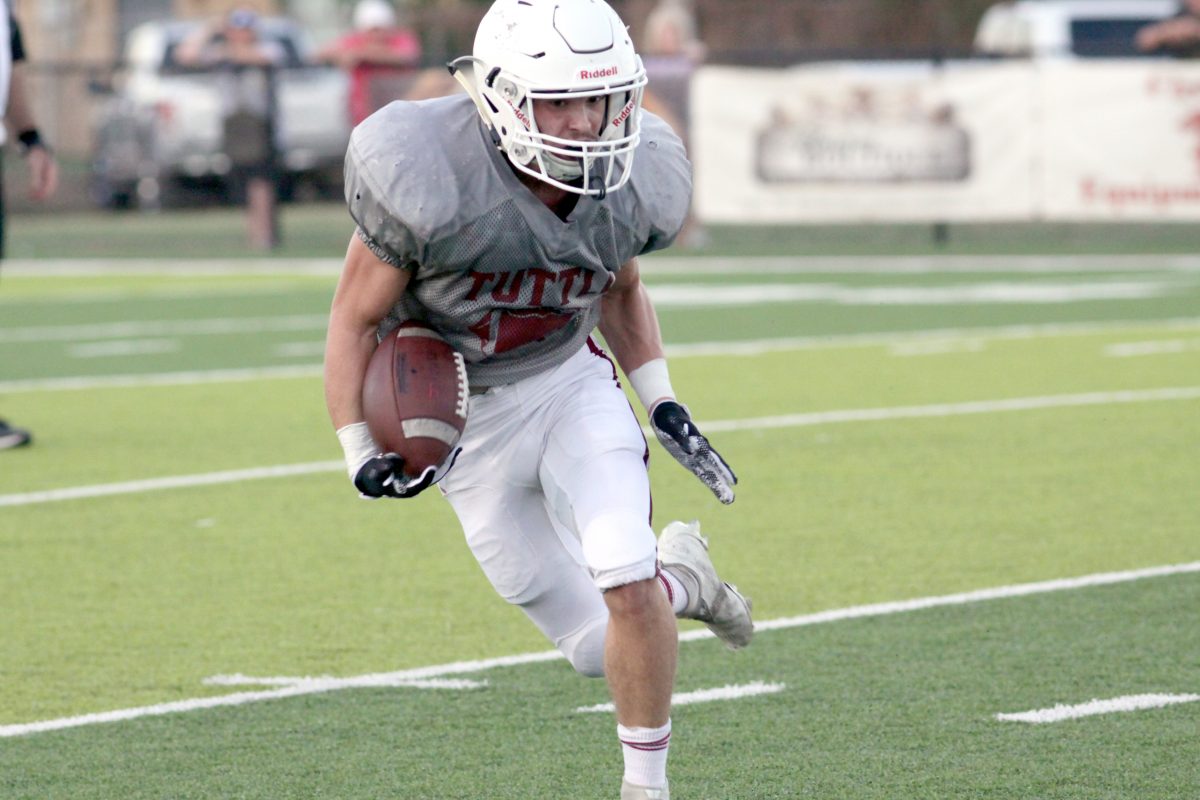 I thought the kids lined up really. We made a lot of little mistakes, which is pretty normal for a first scrimmage. We saw some things that we’ve got to fix. So I got a lot of people out there, to see what a lot of them could do, and see what some of them couldn’t do. We are glad to have had the chance to start off with some real evaluation, and Washington was a very good team as well, so I thought it was a success. And the biggest thing, again, is everybody came out healthy on both sides. That’s what we both needed to happen.” 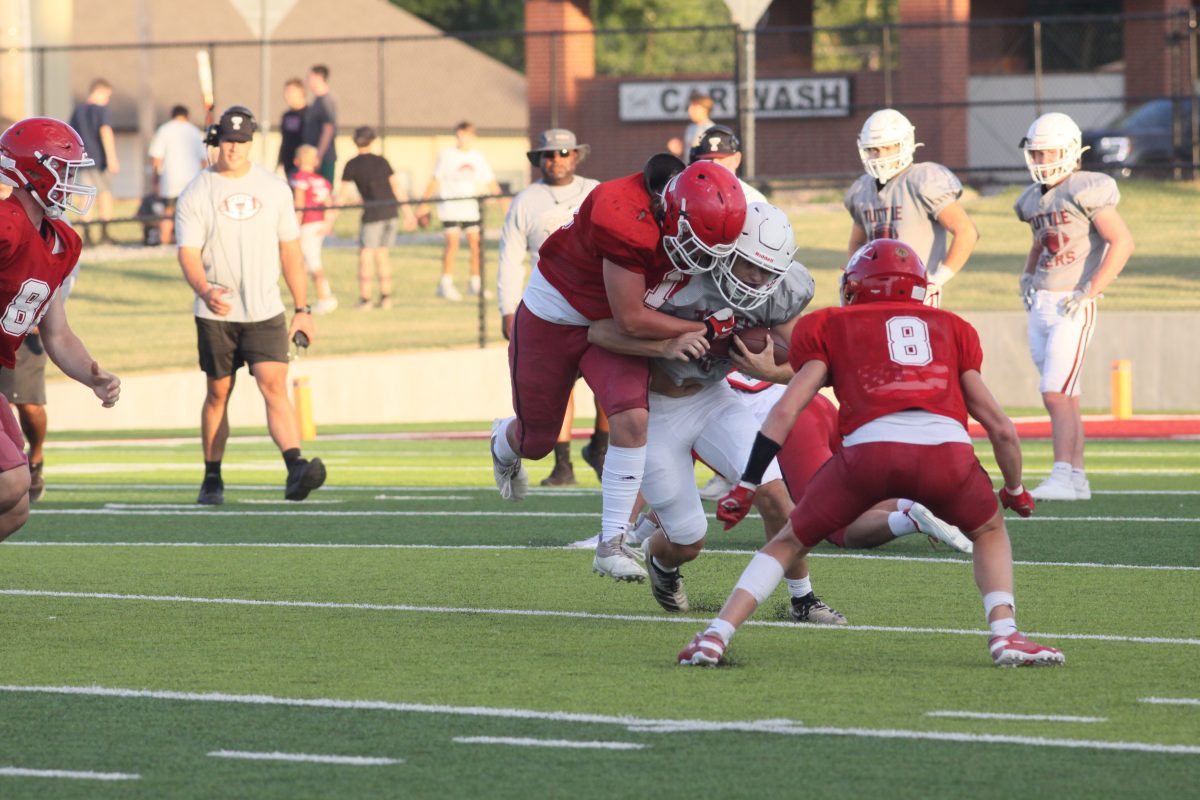 Tuttle Football will kick off their season at 7 p.m. in Cache Friday, but will take the following weekend off. The Tigers’ second game of the season will be Friday, September 9 in Tuttle at 7 p.m. 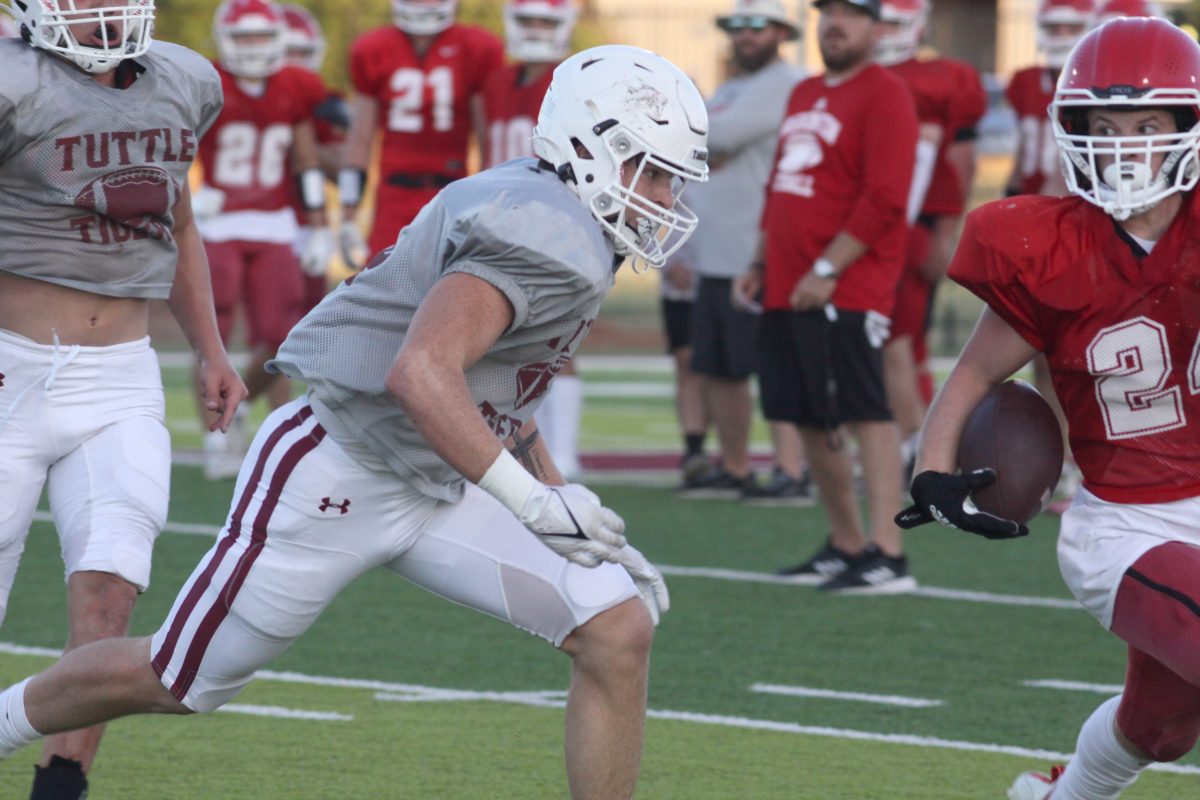 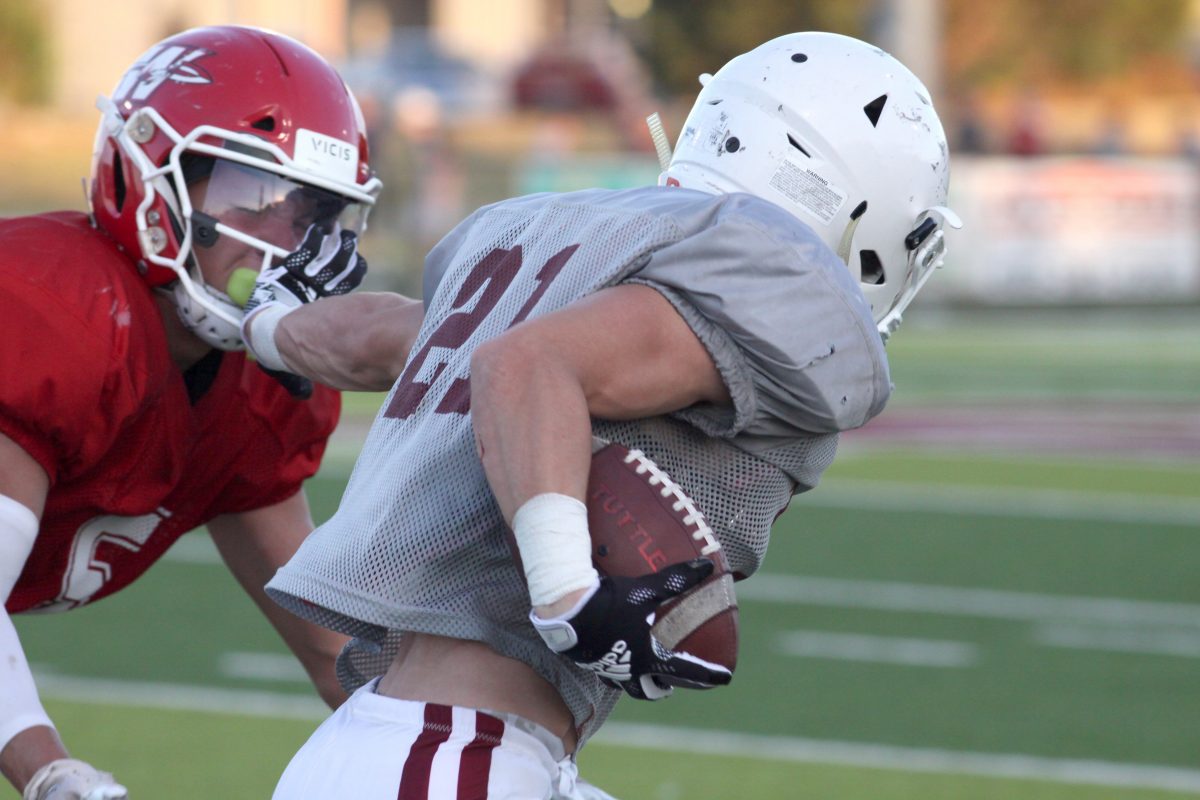 Coach Ballard explained the early bye week, saying, “You have four weeks to schedule three games and you take them where you can get them. It’s not just our choice. We try to get games in and have that bye right before Districts, but we weren’t able to do that this year. What we really would rather do is have all of our non-district games, and then have a week off, and that’s how we’ve been doing it, but sometimes you just have to play where and when you can.”

With no shortage of exceptional plays during the scrimmage, one of them that got fans on their feet Thursday was a deep pass from Tuttle senior quarterback Mason Dennis to junior wide receiver Mark Douglas that scored from over 60 yards back, despite some pretty solid coverage.

Asked if fans can expect to see more of that connection throughout the season, Coach Ballard responded, “It depends o n what the defense gives us, but I hope so. I hope it’ll be a good combination for us. Of course those guys are pretty good, but I thought they all did a good job. I thought the defense did good too. Washington got down close, and we got a couple of stops. We’ll see. We’ll have to put it all together this week, and include special teams in the mix, so we’ll see how that goes. Hopefully, it goes well and we still get to have another great week of practice.”

Tuttle Softball is currently 6-3 with a double header against Anadarko that began after deadline Tuesday. All three losses were by two runs or fewer. The Lady Tigers are outscoring opponents 51-16 so far.

The Lady Tigers will play 4 p.m. Friday at Cache preceding the Tuttle Tigers’ football game that will begin at 7 p.m. The Lady Tigers’ next home game will be Saturday when they host Yukon at 11 a.m., and they will play two more home games in a row against Clinton Monday at 5 p.m. and Thursday at 5 p.m. against Elk City.

“We hit the ball really well,” Head Softball Coach Rebecca Cobb said Monday. “Our pitching threw well. Tuesday, we were at home against Weatherford, and we won 4-0.  Again, Oakley (Vickers) through both of the varsity games both of those days and she threw well. Our hitting is improving, which is what we’re wanting. We’ve just been trying to get ready for this week because we will have a busy one. Anadarko comes to us on Thursday for a double-header varsity, and then we go to Cache. We’re going to play Cache, just the varsity, before the football game. We’re going to have a cookout with cache, and we’re going to go to the football game Friday. Then, Saturday, Yukon comes to Tuttle and it will be a good game.” 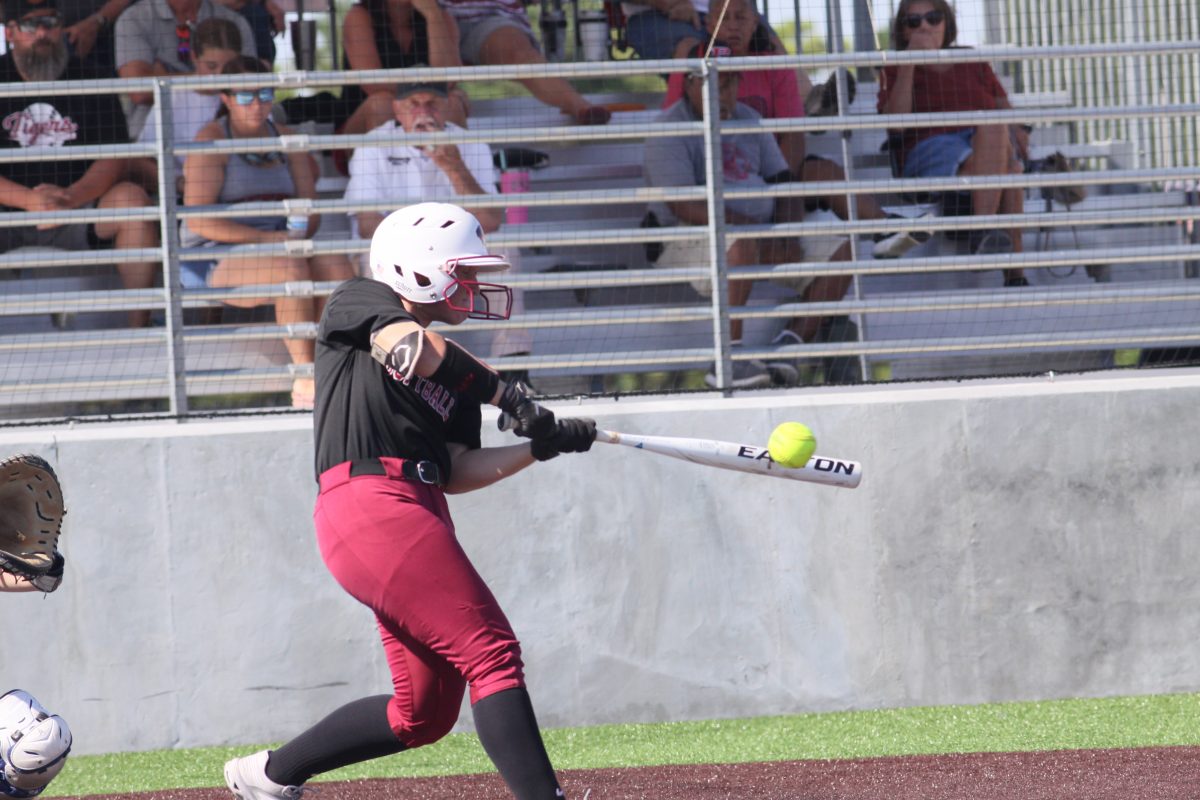 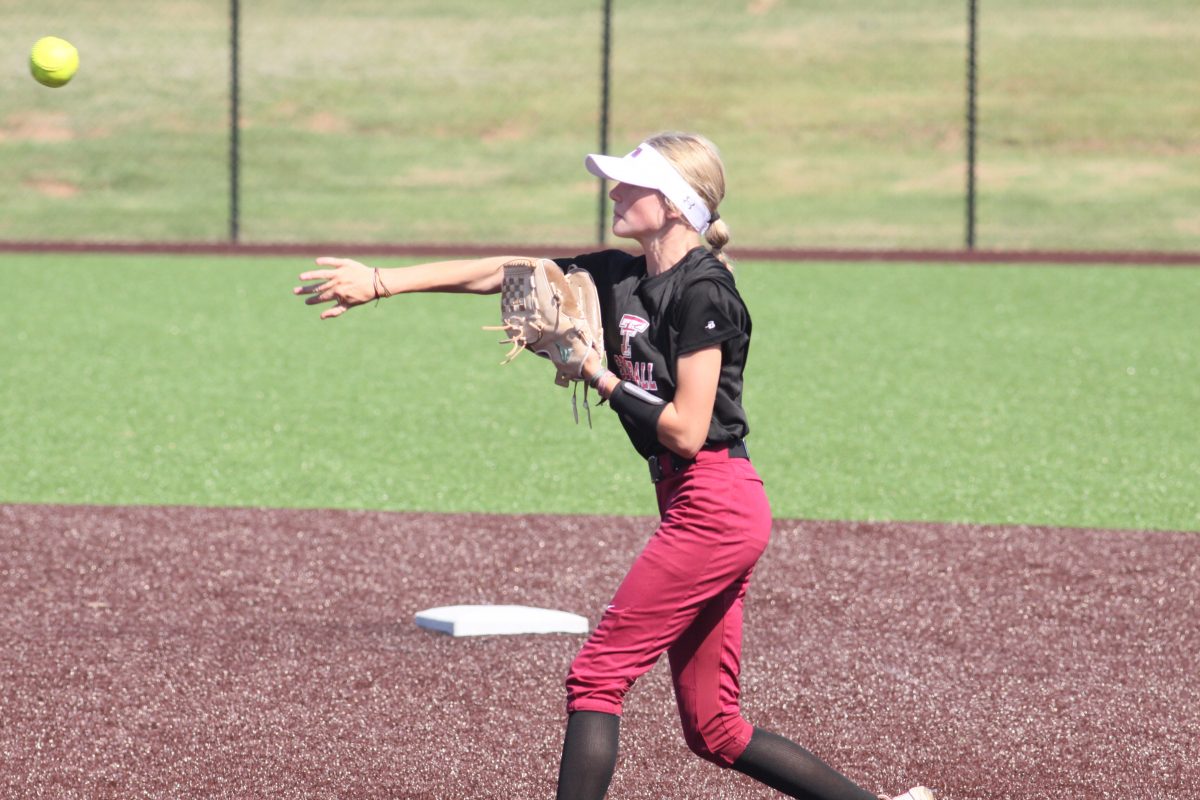