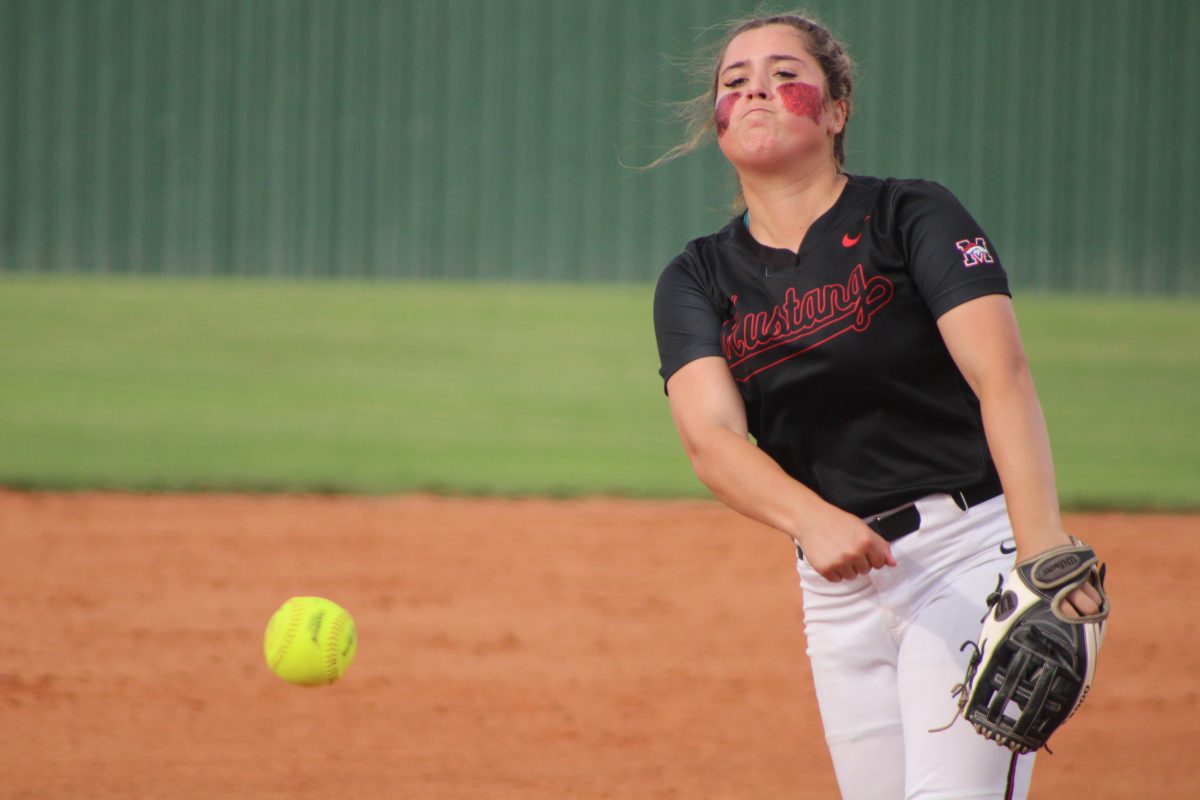 Little League Night will give Mustang Softball players a chance to make memories for the younger kids on Sept. 19.

Young kids will have an opportunity to experience Mustang athletics from a different vantage point when Little League Night returns on Sept. 19.

The event, put on through Mustang Softball and its booster club, will allow kids the chance to be on the field for the national anthem between the Junior Varsity and Varsity games scheduled.

This will be the second time in Lacy Darity’s three years as the Mustang Softball coach to have the event take place.

“Little League Night is special for us,” Darity said. “We have had a really great turnout at our summer camp the last two years, so it’s a fun experience to get to see some of those young players again and have them on our field for the game. Our players really take to those younger players and have so much fun with them at camp, so it’s really neat to see them all back together and have a chance to interact in a game day environment.”

Christy Davison, a parent of one of Mustang’s high school softball players, elaborated on the Little League Night goals.

“The goal is to get involvement with Mustang Softball, maybe with little league teams, to get interested in the sport coming up into middle school and high school when they’re able to play,” Davison said. “So, we’re just trying to make it a fun event to where, if they wear their team jersey, they get in for free.”

Also, a special part of the event comes from a special guest throwing the first pitch. Parker Henderson, who was diagnosed with Acute Lymphoblastic Leukemia in January, will get the honor of throwing the pitch ahead of the two games.

Parker’s mother, Kate Henderson, mentioned that Parker had thrown a first pitch at the Women’s College World Series this past year.

“I think for her, reclaiming her life through Softball is what she is doing right now, which is amazing to watch as a parent,” Kate Henderson said. “It’s not just Softball to out family. It’s what’s helped keep her going to make a comeback.”

Parker, 8, is a third-grade student at Riverwood Elementary in Mustang. Kate said having a Mustang team reach out to her means a lot to Parker since it is her home. When Parker learned of the plans, her reaction was mainly excitement.

“When I told her last night, I’m like ‘Oh Parker, Mustang they’re having this Little League Night and they want you to come throw out the first pitch,’ and she was like ‘Yes. Finally.’” Kate Henderson said. “That’s what she said. She had just been waiting I think because it is our home and we love Mustang.”

Parker’s hitting coach also serves as an assistant for the Mustang Softball team. Softball has made an impact on the Henderson’s, and the upcoming Little League Night will only create more special memories.

“She’s just a normal kid,” Kate Henderson said. “That’s what she wants people to know. She’s not like this China Doll and she’s not breakable, she just wants to be like every other 8-year-old kid.”

There will also be some drawings done. The night is meant to be a fun family night activity that could help pique kids’ interest in softball. If everything goes according to plan, that mission will be accomplished.

“It’s a great opportunity for those younger players to kind of see what their future may look like as Broncos a few years down the road, and hopefully encourage them to continue playing so they can reach that level,” Darity said. “It’s just as special for our players as it is the little league players.”