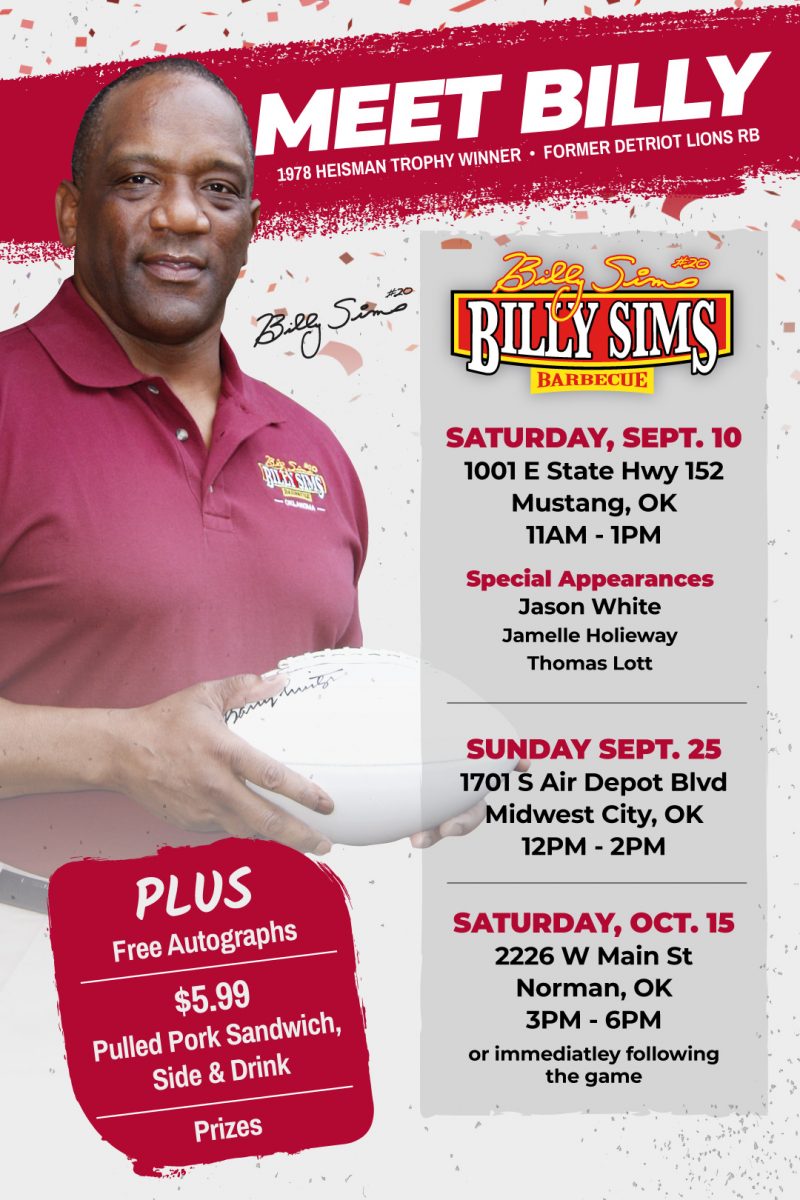 TULSA, Okla., September 2, 2022 (Newswire) -Celebrating a new franchisee of Billy Sims Barbecue in Mustang and Norman, and a recent remodel in Midwest City, Billy Sims BBQ is welcoming our loyal guests to a meet and greet and autograph signing with Billy Sims, Heisman Winner, and Former NFL football personality, as well as the founder of Billy Sims Barbecue. Mr. Sims will be at the Mustang location of Billy Sims BBQ on Saturday, September 10th from 11:00 a.m. until 1:00 p.m. with special guests Jason White, Jamil Holloway, and more where these football superstars will meet guests and sign autographs. On September 25th, Billy will visit with fans at the Midwest City location from 12:00 p.m. until 2:00 p.m. and at the Norman location on October 15th from 3:00 p.m. until 6:00 p.m. immediately following the OU football game. There will be giveaways and autographs during all the meet-and-greet events.

“We are excited to share our newest franchisees, one of whom has grown up in the Billy Sims BBQ world and another who has worked his way up through all store positions to become a franchisee, demonstrating once again the perseverance of the American dream and our continuing support of small business owners. We are proud to be a part of the OKC local community for 15 years and we hope to build an even more successful relationship with the local communities of Mustang, Norman, and Midwest City,” said Jeff Jackson, CEO, and Co-Founder of Billy Sims BBQ.

Billy Sims is an accomplished athlete and successful entrepreneur whose career highlights include numerous high school, collegiate, and professional records that still stand today. Under the guidance of Coach Barry Switzer at the University of Oklahoma, Sims was the national leading rusher and scorer and was also the recipient of the coveted Heisman Trophy. Sims entered the NFL draft in 1980 and was the number one overall draft pick going to the Detroit Lions. He was named NFL Rookie of the Year and contributed to a winning 9-7 season for the Lions versus a 2-14 season the year prior. Sims would ultimately retire from professional football in 1985.