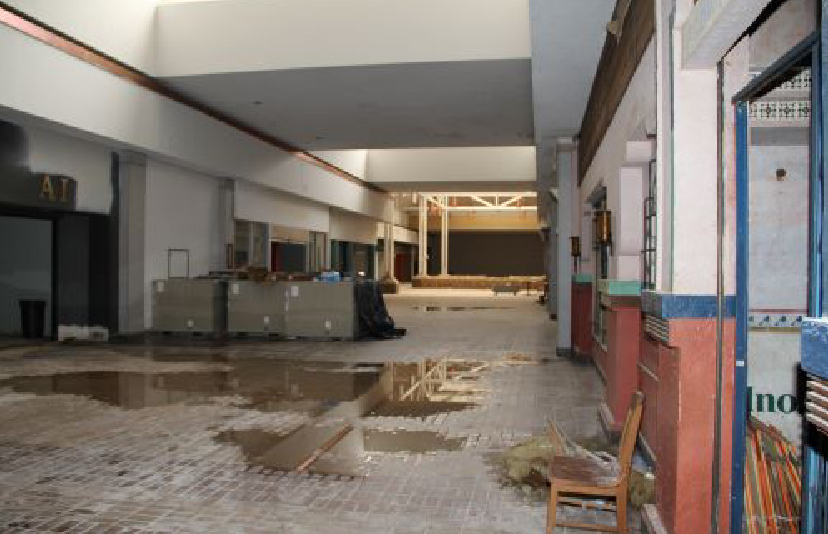 A photo from inside the Heritage Park Mall. Photo provided

The city council on Aug. 23 declared the mall property as blighted and agreed to create an urban renewal plan for the area. The Midwest City Urban Renewal Authority will be required to adopt an Urban Renewal plan.

The urban renewal plan will consider the current conditions of the property and determine potential future uses for the site. The goal is to revitalize the property so it is no longer blighted and becomes a benefit to residents, according to Don Maisch, city attorney.

Under state law, a property can be considered “blighted area” if it meets certain criteria. They include unsanitary or unsafe conditions, deterioration of the property, improper lot and street layout among others. Maisch argues that the mall property clearly meets the definition of blighted.

“We only need to meet one of the conditions, but the blight report clearly shows that we have met all of them,” he said.

Life Church, Pelican’s Restaurant, and Becker’s Auto Service are not included in the blighted area.

Ward 4 Councilman Sean Reed, whose district includes the mall property, said urban renewal is an intentionally lengthy and difficult process. He said the city has worked tirelessly to find other solutions to problems with the mall but were left no other choice.

“The city has done everything in its power to bring a different conclusion than this,” Reed said.

Mayor Matt Dukes praised city staff for their work on addressing the issue.

“We’ve been methodically moving through this for the past six years,” he said. “Staff has done a phenomenal job of getting us to the finish line.”

The next step in the process will be creation of the urban renewal plan. The Urban Renewal Authority will review and adopt the plan. The city must then amend the comprehensive plan and zoning. The planning commission will review the changes and make a recommendation. The city council will later hold public hearings before they can adopt the changes.

After that is completed, the city can begin taking possession of the property. The city will be required to pay fair market value for the property.

“I can’t say if this will take three month, six months, or nine months,” Maisch said. “We’re not sure what type of response we’ll get from the property owner. But I can tell you that we’ll move as quickly as we can on this.”

Maisch said the urban renewal plan could include both commercial and public uses for the property. If the city had instead chosen to condemn the property, it could only be used for a public purpose in the future.

Dukes issued a statement on the matter, saying:

“We’re heartbroken over the state of Heritage Park Mall. It’s shocking that an area that was once so full of life and economic vitality could fall into such a state. Each of the new and existing Midwest City Councilmembers has been asked questions about why we can’t make something happen here.

The truth is that we have tried. We’ve wanted someone to step up and be responsible for the revitalization of this property. We’ve wanted someone to recognize its worth in this vital commercial area of our city. But we’ve only received excuses. Excuses about cost, excuses about why things can’t be repaired to code, and excuses that Midwest City is not providing enough help.

We have examples throughout our city where we have been able to partner with responsible developers and turn areas that needed help, into thriving corridors. Unfortunately, in its current state, we’ve come to realize that Heritage Park Mall may not be recoverable. We’ve come to realize that we can’t let our future residents and community leaders inherit this problem.”

City Manager Tim Lyon echoed that frustration about the declining condition of the mall. He said those same concerns are expressed on a daily basis by residents, business owners and community leaders.

“Since its closure more than a decade ago, the Midwest City community has repeatedly asked questions about the future of Heritage Park Mall. In these conversations, similar concerns are usually expressed.”

“At this point, public perception of the deterioration and disrepair of Heritage Park Mall is embarrassing to Midwest City,” he said. “Basic maintenance tasks are being ignored. The property becomes less and less attractive every single day. We have reached the point that we must take action to help this key economic corridor make a change and move forward. Waiting for someone else to do what is right for our residents is no longer an option.”

Midwest City officials have been urging Bahreini to bring the property into compliance since November2016. After seeing little progress, they started issuing citations in March 2017.

The city has also been pushing Bahreini to find new uses and tenants. The city commissioned a feasibility study which determined that the mall property has potential, but it needs creative and careful planning to make it a viable destination.Bahreini told the city that he does not have money to redevelop the building as the study suggested.

Midwest City has issued numerous citations for violations of building and fire codes at the property located at 6707 and 6777 E. Reno Ave. Bahreini has challenged several of the citations in district court.

To see the city’s complete blight report for the Heritage Park Mall property. 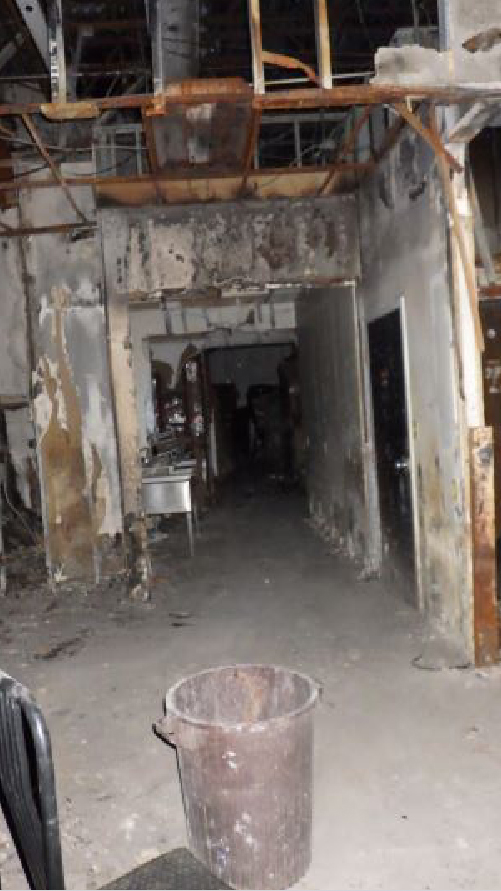 A photo of inside the Heritage Park Mall in Midwest City. Photo provided 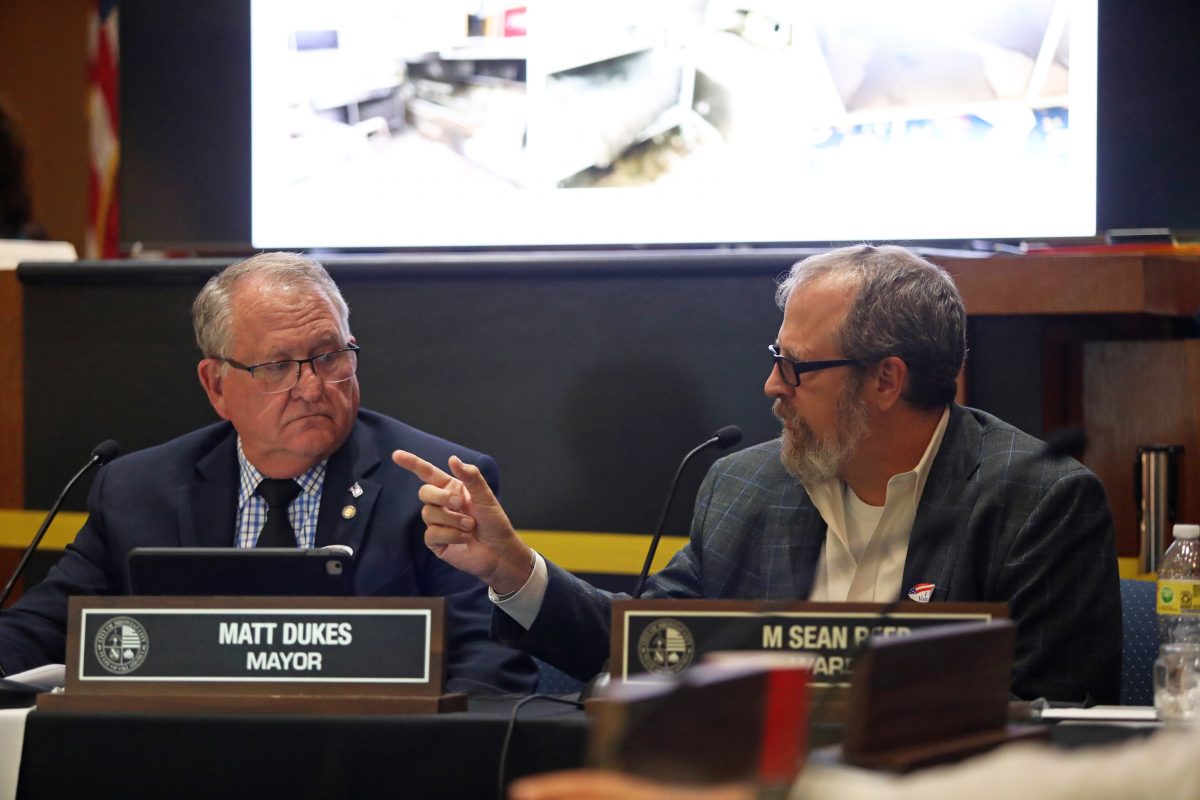