The Oklahoma Mustang Club’s Stampede Open Car Show is back and better than ever for its Western Days event, which brings a flare for the exciting to the festivities and has proven to be a major draw in the past.

Chuck Foley, who is on the Western Days Board as the representative for the Stampede Open Car Show, said his history with the event is not as long as some others due to him serving as the Police Chief in Mustang in the past. That meant he had a lot to do with the car show before he ever had a Mustang and became a part of the club. 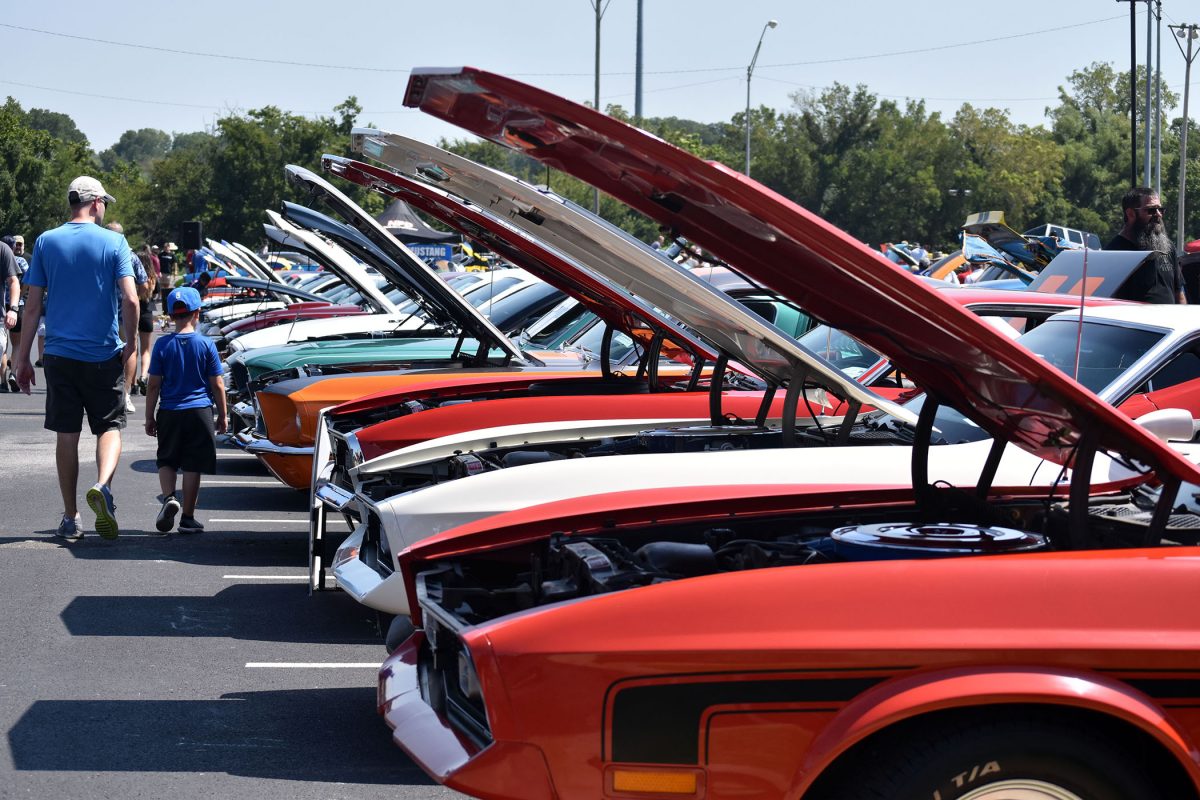 There won’t be any surprises when the event kicks-off.

“We pre-plan,” Foley said. “We have registration forms that are pre-populated with Chevrolet, Dodge and date ranges. We changed from a standard vehicle to pickup trucks for the same thing. It’s a format that exists in the car show industry.”

There have been some changes in the way the organizers are doing the show. In the past, Mustangs were a class of their own with brackets by the year they were made. The rest of the cars are covered as long as it has an engine and rolls on tires.

That includes a vast array of car types, and everything from restored to modern day muscle cars. Awards for classes are given to winners at the show.

“We go three levels, first, second, third,” Foley said. “There’s also specialty trophies… that are done by dignitaries that walk through and make their choices.” 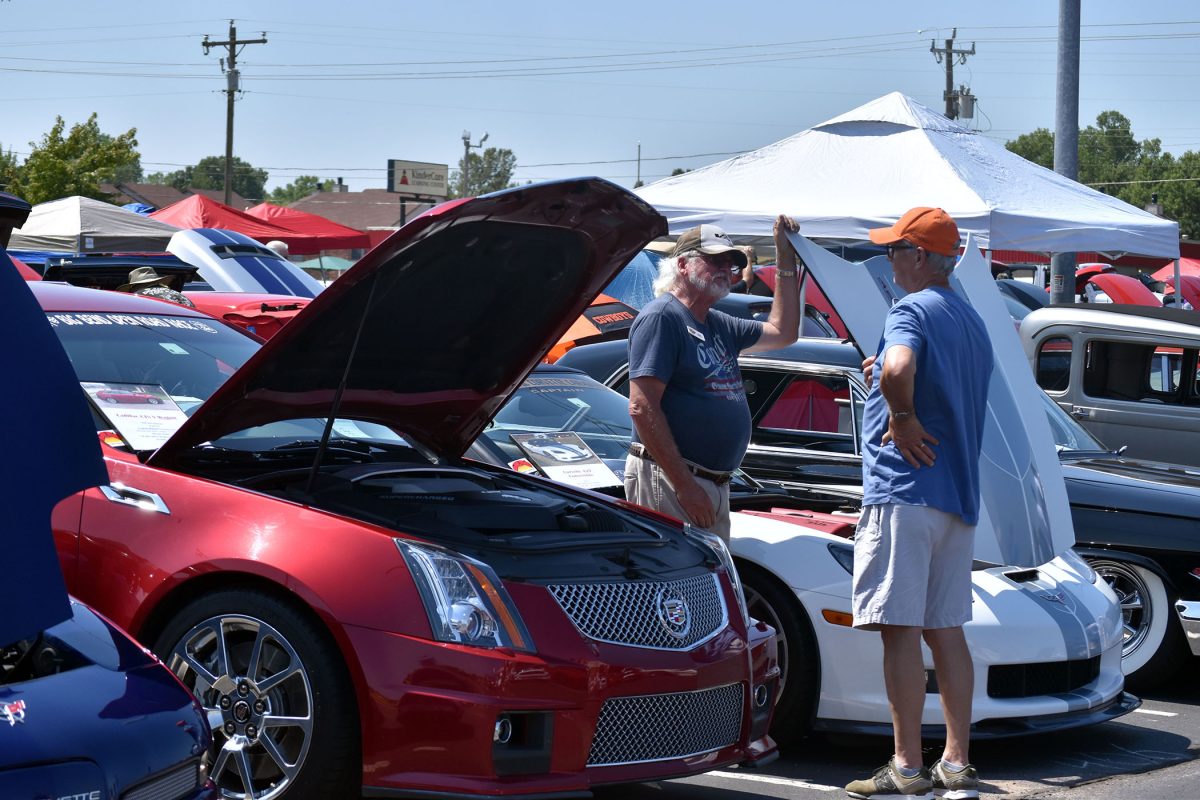 That has been the practice every year for the show. It continues the format from years in the past.

Originally, the event didn’t happen in the parking lot of First Baptist Church across from the Town Center. It occurred in the Town Center area before it grew to be too large for the segmented area available.

The move places the event across Mustang Road from the rest of the festival activities happening in Wildhorse Park. To Renee Peerman, Mustang Chamber of Commerce President and CEO, that draws some concerns.

She said the Western Days committee doesn’t want people darting back and forth across Mustang Road due to the car show being over there. The solution is providing a shuttle to go between the locations so everyone in attendance for the event remains safe crossing the busy road. 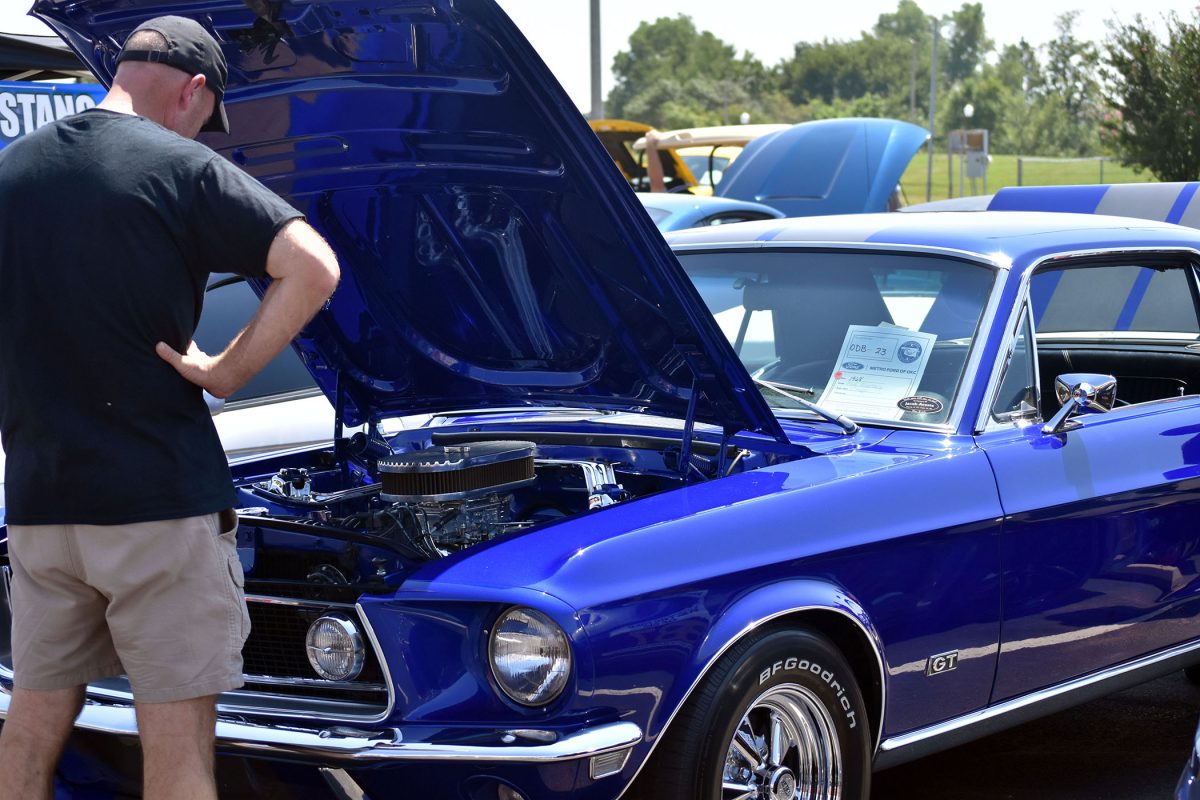 There will be no food or business vendors allowed at the church property. Those will remain at the park.

There are also positive impacts of the location. Foley said the lot is roomy and helps the show participants not combat dirt and other factors that could influence the results. The lot is also paved, meaning cars will not be parking on dirt or grass for the show. 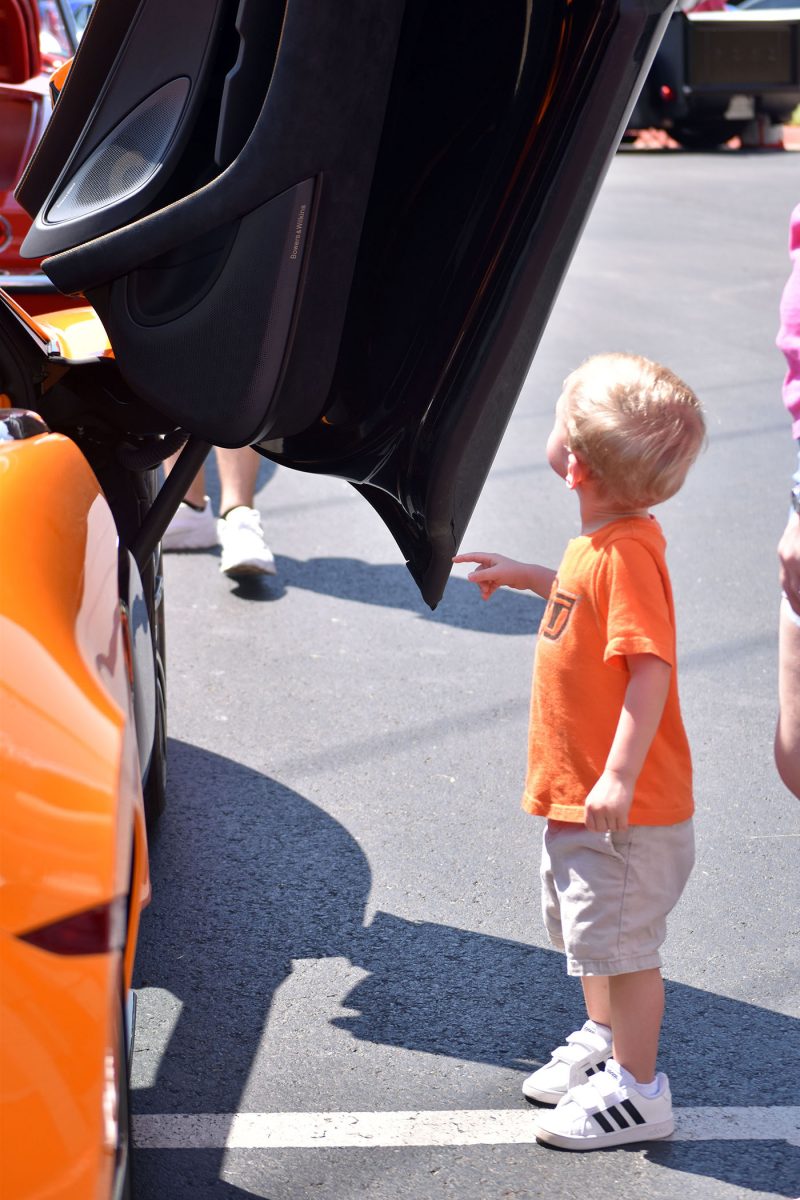 The Oklahoma Mustang Club has existed for over 40 years with the goal to provide good fellowship with people who like Mustangs and collectable cars. Any income generated from the events go directly to charity.

There are also donations given to First Baptist Church in Mustang for letting the group use the parking lot.

Registration for the show is 8 am—10 am. Trophies are awarded at 3 pm.

Display Only cars are $15. They are not judged and no trophy is awarded to them.