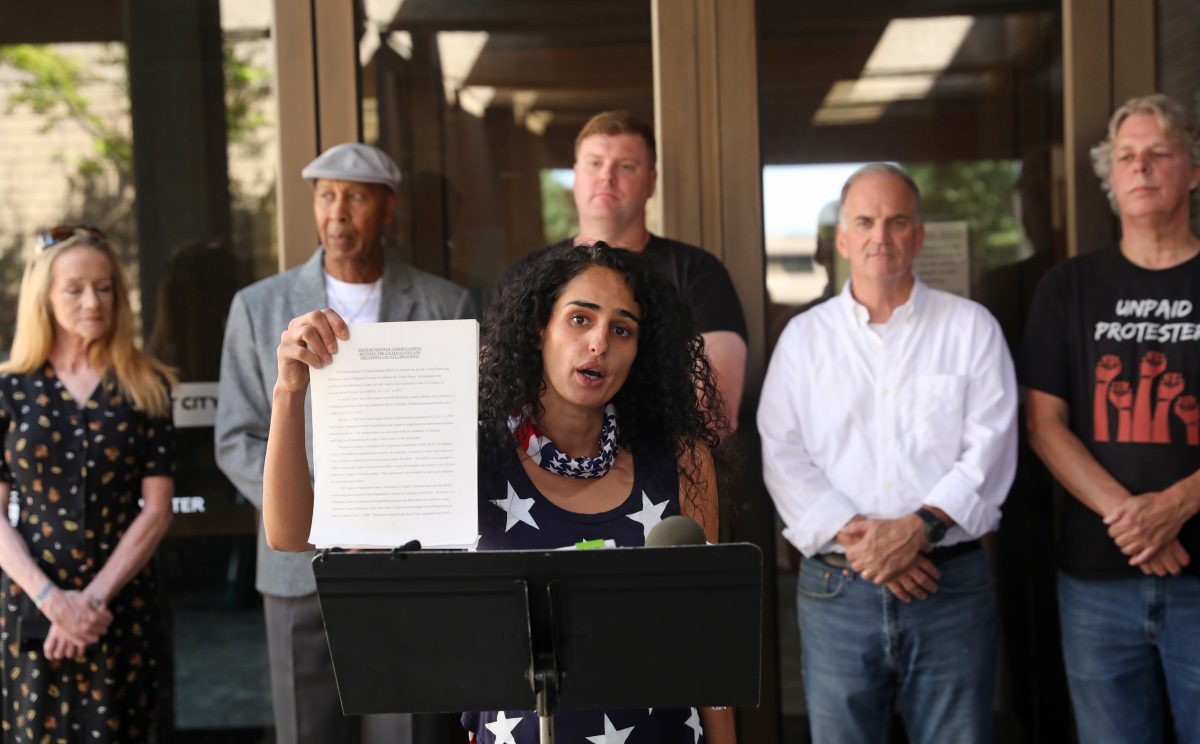 Sara Bana holds up a report documenting issues with the Oklahoma County Jail during a press conference and protest outside Midwest City City Hall on Sept. 15. Photo by Jeff Harrison

The group is raising awareness about conditions at the Oklahoma County Jail and asking Midwest City, Edmond and Oklahoma City to sever ties with the organization that operates the facility and stop sending detainees there.

The county jail has come under fire for several health and safety issues. Last week, jail officials reported the 14th inmate death this year. There were 14 deaths at the jail in 2021. The facility has failed inspections by the State Health Department and received negative reports from the Department of Justice.

The three cities have contracts with the Criminal Justice Advisory Council for a professional service agreement, as well as an interlocal agreement between the municipalities.

“The evidence showcases that since the day the jail trust took over, conditions have continued to deteriorate,” Bana said. “We have done a straight nosedive. Who decided to create the jail trust and usurp the operation and management of the jail? It was on the advisement of the Criminal Justice Advisory Council chaired by Mr. Clay Bennett, paid for by municipalities like this one to fund the executive director, Mr. (Tim) Tardibono, who advised our county to transition power and management to a jail trust that has failed to pass a single inspection.”

“Given the pending litigations and ongoing investigation, no reasonable taxpayer can normalize getting back into an unnecessary contract that does not serve the needs or interests of the residents or taxpayers of this city, which further diminished the integrity of our municipality,” Bana said.

Bana also said Midwest City should no longer send residents or individuals arrested by Midwest City police on felony complaints to the county jail. She said the city should instead look into agreements with others such as Cleveland or Comanche counties. Midwest City operates a municipal jail but is unable to hold detainees needing maximum security.

Former State Sen. Connie Johnson said she has become reengaged in the criminal justice reform following the recent death of John Basco at the jail. Basco, who was a plaintiff in a lawsuit against Oklahoma County, died inside the jail on Sept. 11, just three days after he was arrested. Basco and several other inmates sued the county over alleged torture in the jail involving the children’s song “Baby Shark.” Johnson said Basco was a friend of hers.

“We have to wake up, we have to realize that we have to take our government back,” she said. “It has been sold to the best friends.”

The city council is expected to consider the agreements at the Sept. 27 meeting.

Bana serves on the Midwest City City Council but said she was addressing the issues as a resident and not in her official capacity.

Mayor Matt Dukes said in a statement that he and city council recognize Bana’s First Amendment Right to express her opinions on issues in the community. He said Bana’s opinions do not represent those of the City Council and offered no further comment on the demonstration. 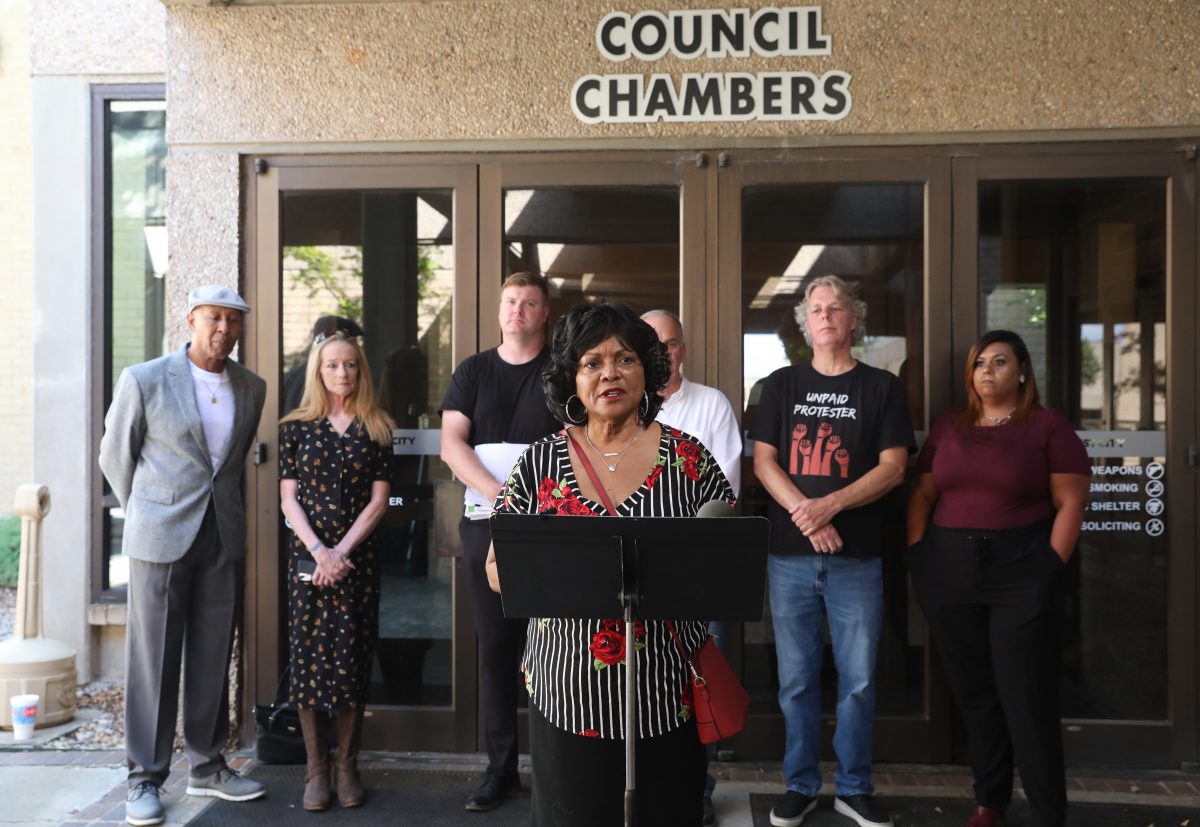 Council approves TIF for north side