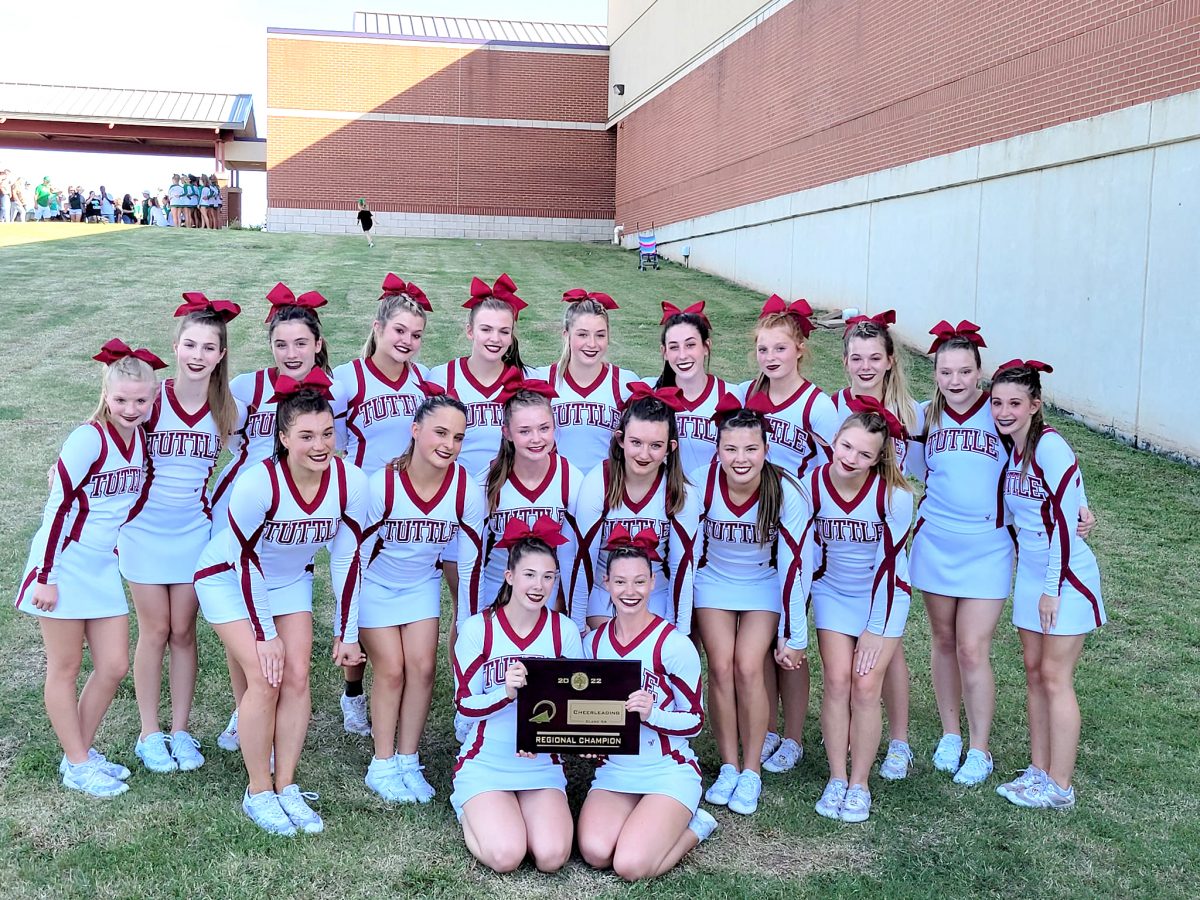 Tuttle Cheer won the Regional Championship Saturday in Chickasha, and will compete at Tulsa Union for State this coming weekend.
Tuttle has won 17 Cheerleading State Championships with the first coming in 1989. The Lady Tigers won seven straight state titles from 2014-2020, but Saturday marks the first time in a while that they’ve won a regional title.
“It was really exciting,” Tuttle Head cheer Coach Julia Clapper said Monday. “We haven’t actually won a regional competition in several years. There were a couple of years where we didn’t win at Regionals, but then we went on to win State. That’s just a common thing, because the thing about cheerleading is it’s just all about how you do that day. We performed really good on Saturday and there were some others who struggled with their routines, and so we came out on top on Saturday, but we’re definitely going to have to work this week to prepare for Saturday.”
Coach Clapper said she’s expecting high-level competition at State this weekend, including some of the teams the Lady Tigers beat at Regionals.
“There were a couple of squads who didn’t have their best day on Saturday,” Clapper said. “I still think Bishop McGuiness is a big contender. They won it last year and they’ve won state multiple times before, so I still think they’re a big contender. Blanchard is a big contender. They’re having a really good year too. It just depends on who is on top of their stuff this coming Saturday.”
After losing a large talented group in the Class of 2021, Tuttle has been focused on rebuilding that talent.
“My lay coaches have really been taking some different approaches this year and they really did a lot more conditioning,” Clapper said. “We did a lot of running this year, which I think just overall strengthens your core and cardiovascular system to try to get through these routines. We have been working very hard on building back our stunting skills. That’s what we really lost the year before. We had seven seniors graduate and they took with them a lot of experience and knowledge and strength, and also good flyers as well, but we are getting there.”