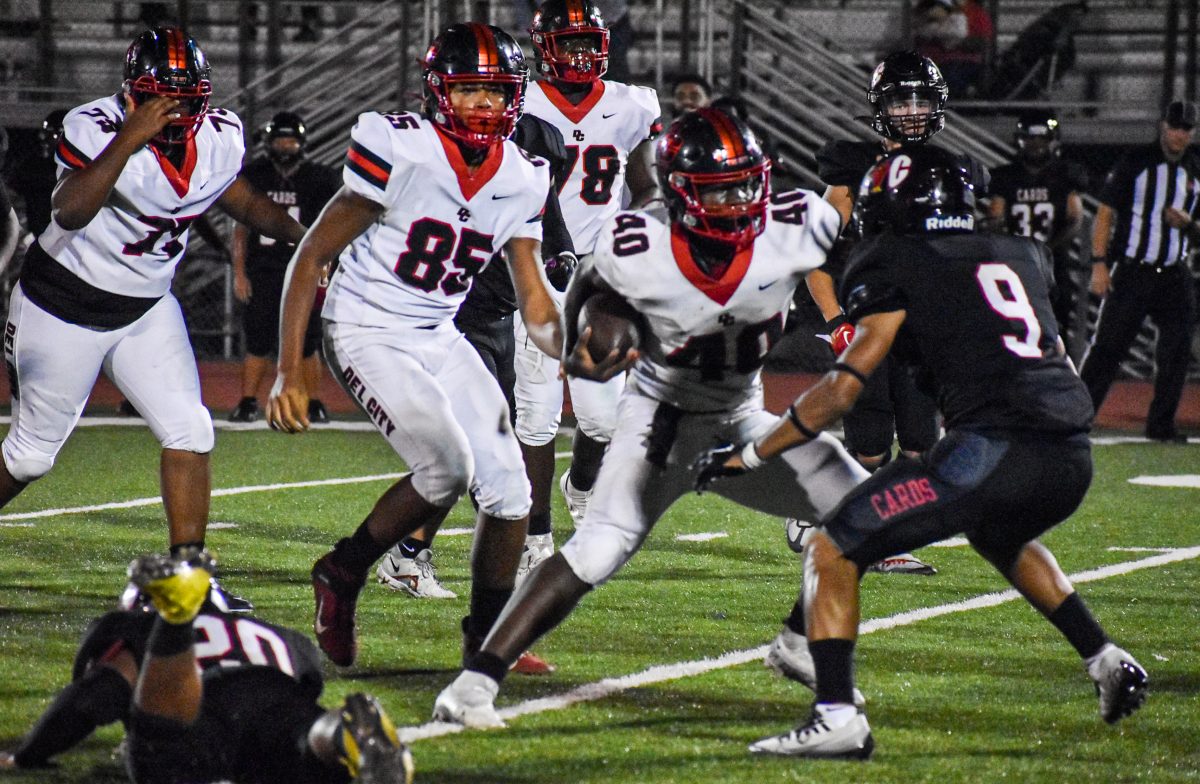 And they’re also a deep one.

The Eagles had seven players score a touchdown last Friday night in a 63-7 win over Tulsa East Central. Del City (4-0, 1-0) racked up 487 yards of total offense including 342 on the ground.

“We have some things we need to clean up, but anytime you come out with a 63-7 win in district, it’s hard to find things to nitpick,” said coach Robert Jones, during a postgame interview with Oklahoma Sports Network.

Quarterback Dkalen Godwin was 6 of 9 passing for 133 yards and two touchdowns. Kanijal Thomas had a 23-yard touchdown catch, and Jaylin Sweet added a 69-yard TD reception.

The Eagle defense was solid as usual. They held East Central to 116 yards and forced four turnovers. Jashawn McCalister had an interception return for a touchdown in the first quarter.

Del City took control early with 28 points in the first quarter. Godwin hit Thomas and Sweet for scores. Turner added a short run and McCalister had a pick six.

East Central scored on a long pass late in the second quarter to make it a 42-7 score at halftime.

In the fourth quarter, Turner scored, and Holmes ran for two touchdowns to make it a 63-7 final.

Del City should have a big challenge Friday night when they host McAlester (4-0, 1-0).

The Buffalos are coming off a 52-0 win over Tulsa Memorial.