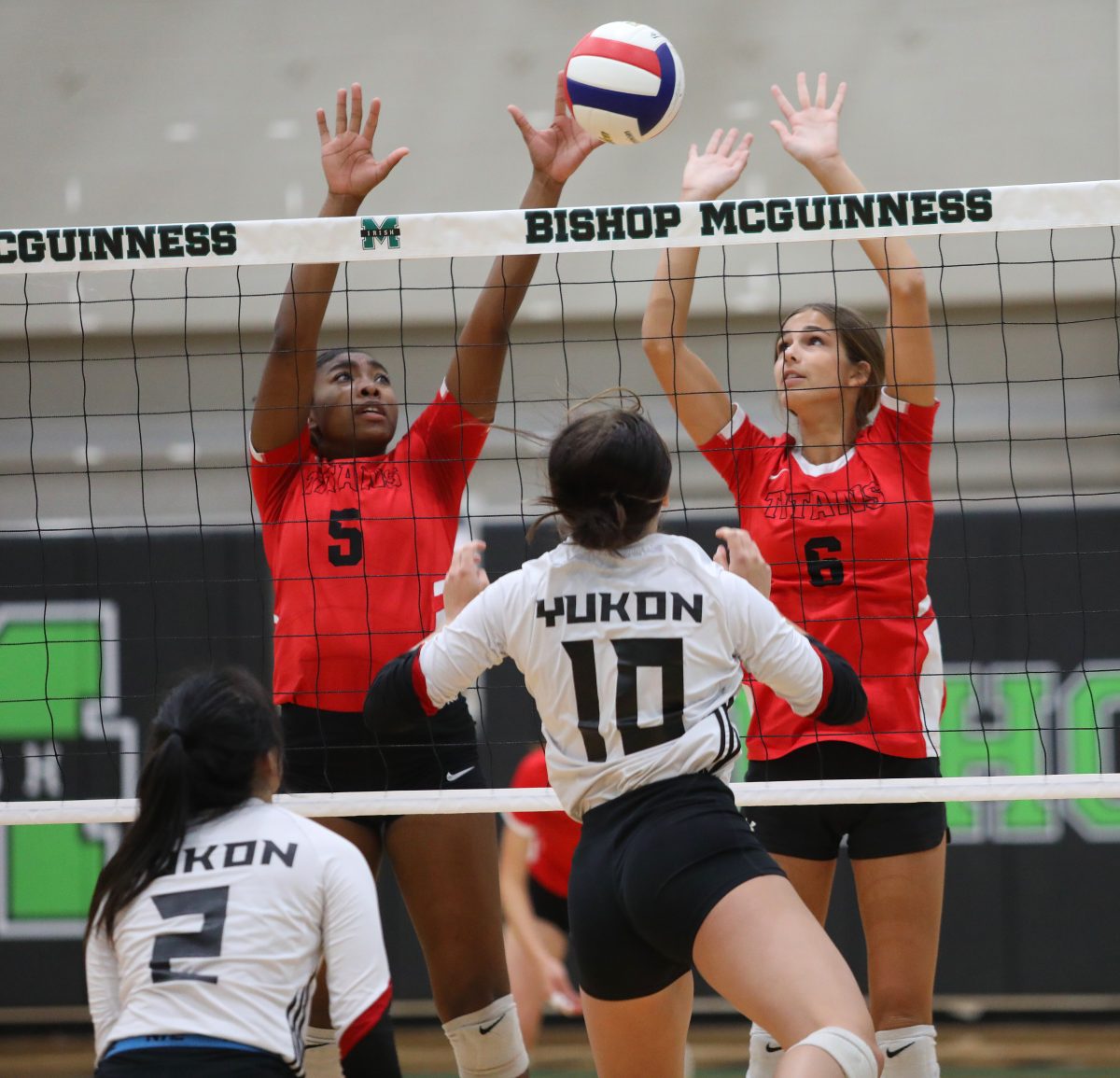 Amori Gilbert and Brylee Toney try to block a shot by Yukon on Saturday. Photo by Jeff Harrison

That was the summary for the Carl Albert volleyball team’s trip to the Bishop McGuinness Tournament last week.

The Lady Titans overcame earlier struggles at the tournament on Friday by winning their final two matches Saturday.

“Overall, I think that we had a positive tournament. The wins and losses may not show that but as a team I think we finally found our groove,” said coach Hayden Robbins.

The Lady Titans started out slow against the Millerettes but bounced back in the second. After trailing much of the second set, Carl Albert surged ahead 23-20 on an ace by Rylee Reese. And they stayed there the rest of the way for the 26-24 win.

Carl Albert’s most impressive showing came in the third as they led the entire way. Stuart and Brylee Toney scored kills in the 25-19 win.

But they would have to wait a little longer to win the match. Yukon scored the first five points and never looked back in the 25-14 win in the fourth set, forcing a tiebreaker.

The Lady Titans regrouped and won the final set 15-12. Stuart delivered with several clutch kills for the Lady Titans.

Carl Albert finished with 43 digs against Yukon. Stuart and Toney combined for 19 kills in the final match.

Senior Hadley Crain finished with 14 aces at the tournament. Fellow senior Emily Boyer was named to the all-tournament team.

Carl Albert finished first in the silver division of the tournament. Bishop McGuinness beat Deer Creek 3-1 in the tournament championship on Saturday.

Carl Albert had a big match against rival Piedmont on Tuesday. They will be home again Thursday against Noble. 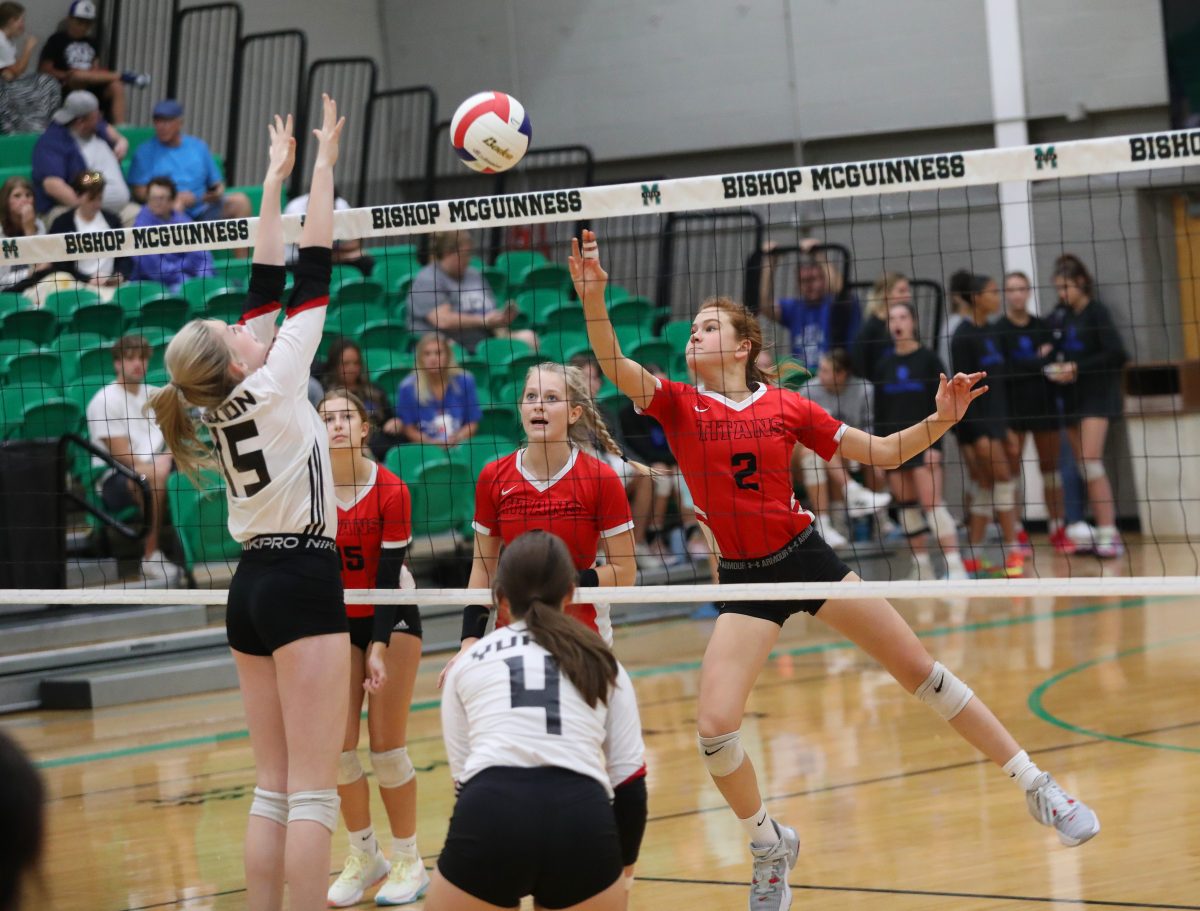 Carl Albert’s Rylee Reese taps the ball over the net during a match against Yukon Saturday afternoon at the Bishop McGuinness Tournament. Photo by Jeff Harrison