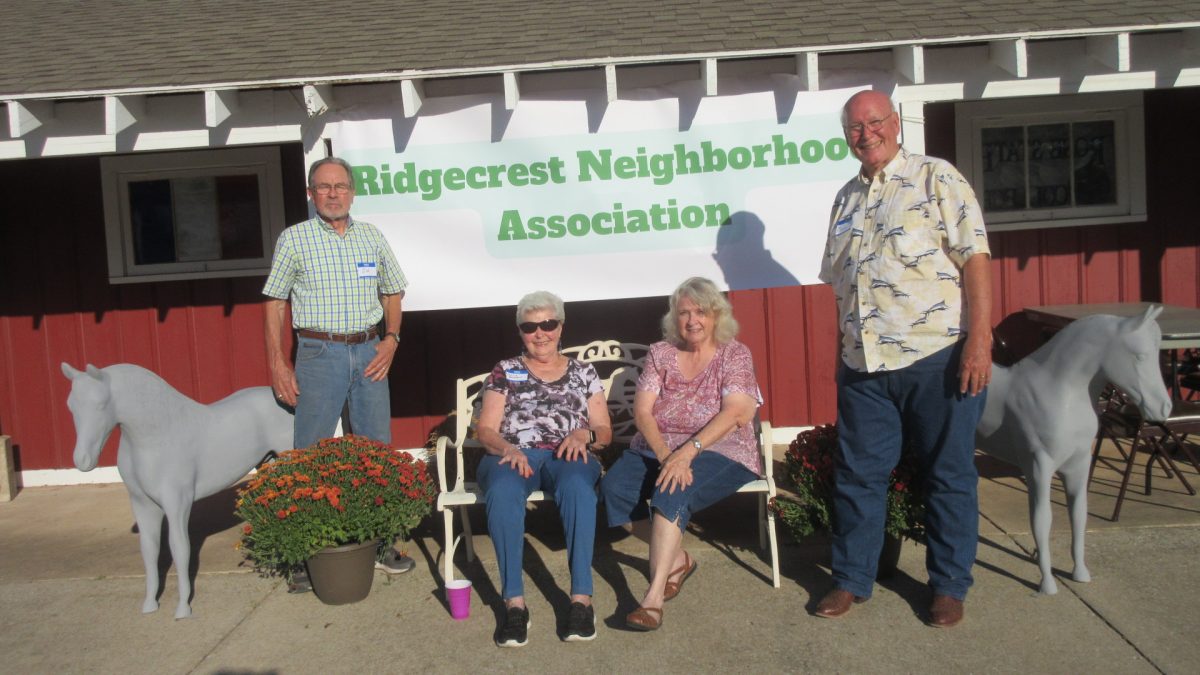 Midwest City celebrated National Night Out with neighborhood festivities and gatherings on Oct. 4.

National Night Out is an annual community-building campaign that promotes police-community partnerships and neighborhood camaraderie to make neighborhoods safer, better places to live.

Several neighborhood and homeowner associations in Midwest City participate each year. Associations hosted a block party with food and fellowship, while city staff and officials along with the police and fire departments visited neighborhoods to thank them for their continued partnership.

The Ridgecrest Homeowners Association held their National Night Out at the Atkinson Pony Farm and even had a tour of the Atkinson Home.
President Marc Thompson was first on the scene, setting up his tent and getting the meat cooking. Hot dogs for everyone with all the trimmings and members brought baked beans, potato salad, deviled eggs and several different cookies for deserts.

Many police officers, firefighters, and city officials along with Mayor Matt Dukes stopped by to congratulate the homeowners in the Ridgecrest area for their work in keeping a safe neighborhood.
Ridgecrest Officers, President Marc Thompson, Vice President J.W. Speaks, Secretary Phyllis Bennet and Public Relations, Linda Smith, were all present to welcome everyone.

Cindy Mikeman, granddaughter of W.P. “Bill” Atkinson, provided a tour of the Atkinson Heritage Center. The group of residents enjoyed hearing the history of Midwest City and the forethought of a very creative person. Atkinson studied the area when he heard there would be an air base somewhere close and was prepared by buying up much of the bare land. Later, Midwest City was born.
Some of those on the tour were Roy and Darlene Thornton, Irma, David Woodworth, Mary Bynum, Julia Croft, Paul Smith and Linda Lowther.

The next meeting of the Ridgecrest Homeowners Association will be held on Nov. 1 at the Charles Johnson Bldg. at 6 p.m.

The Original Mile Neighborhood Association had a strong turnout for their block party on Myrtle Ln., next to St. Philip Neri Catholic Church. People enjoyed a cookout, comradery and live music. 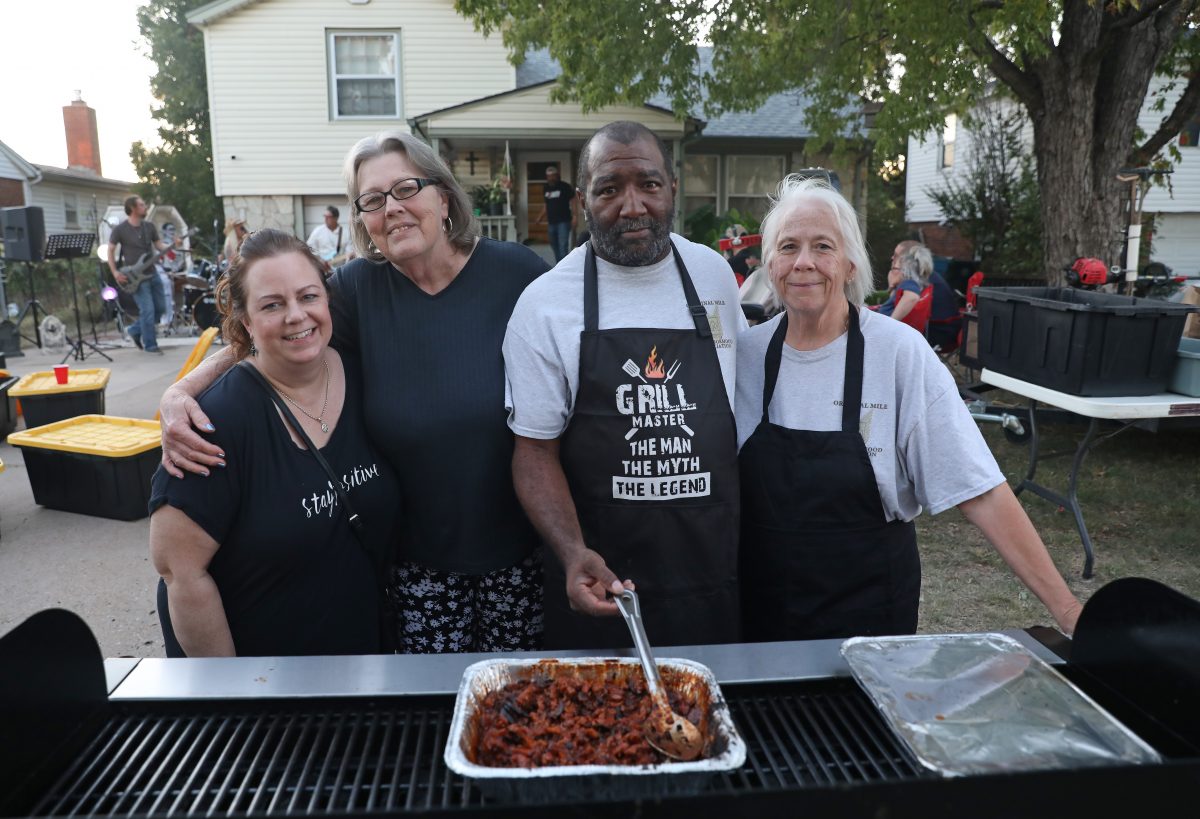 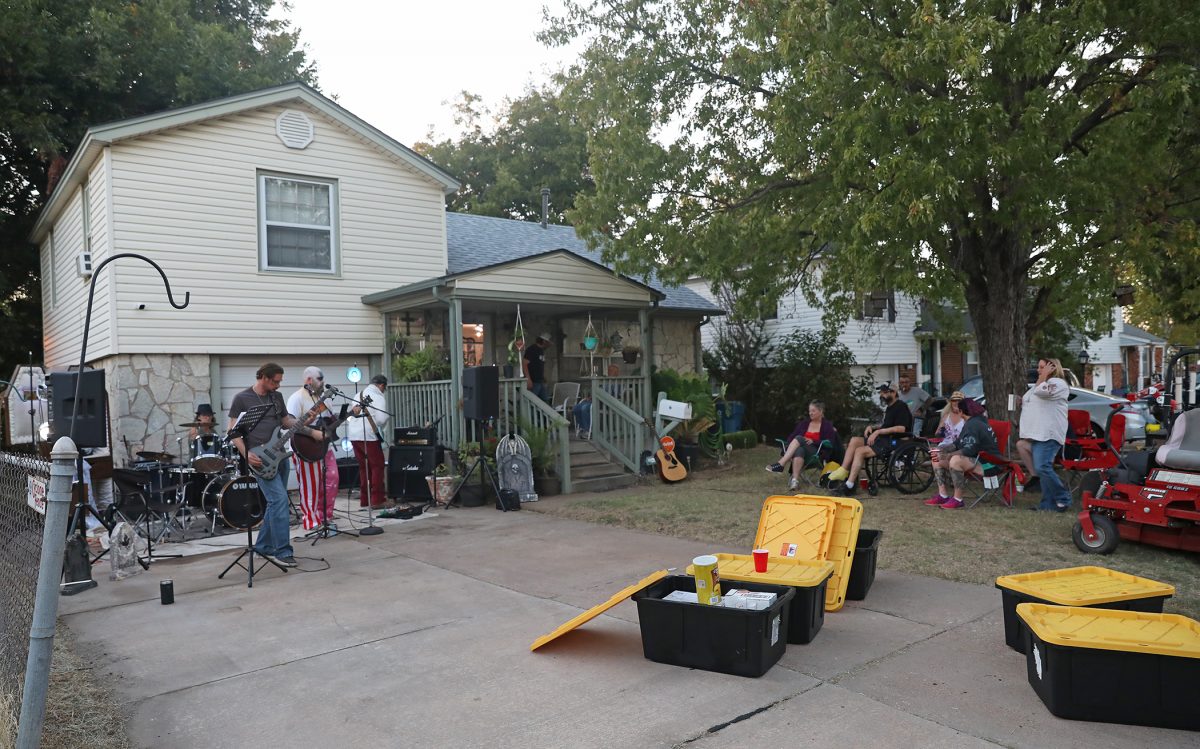