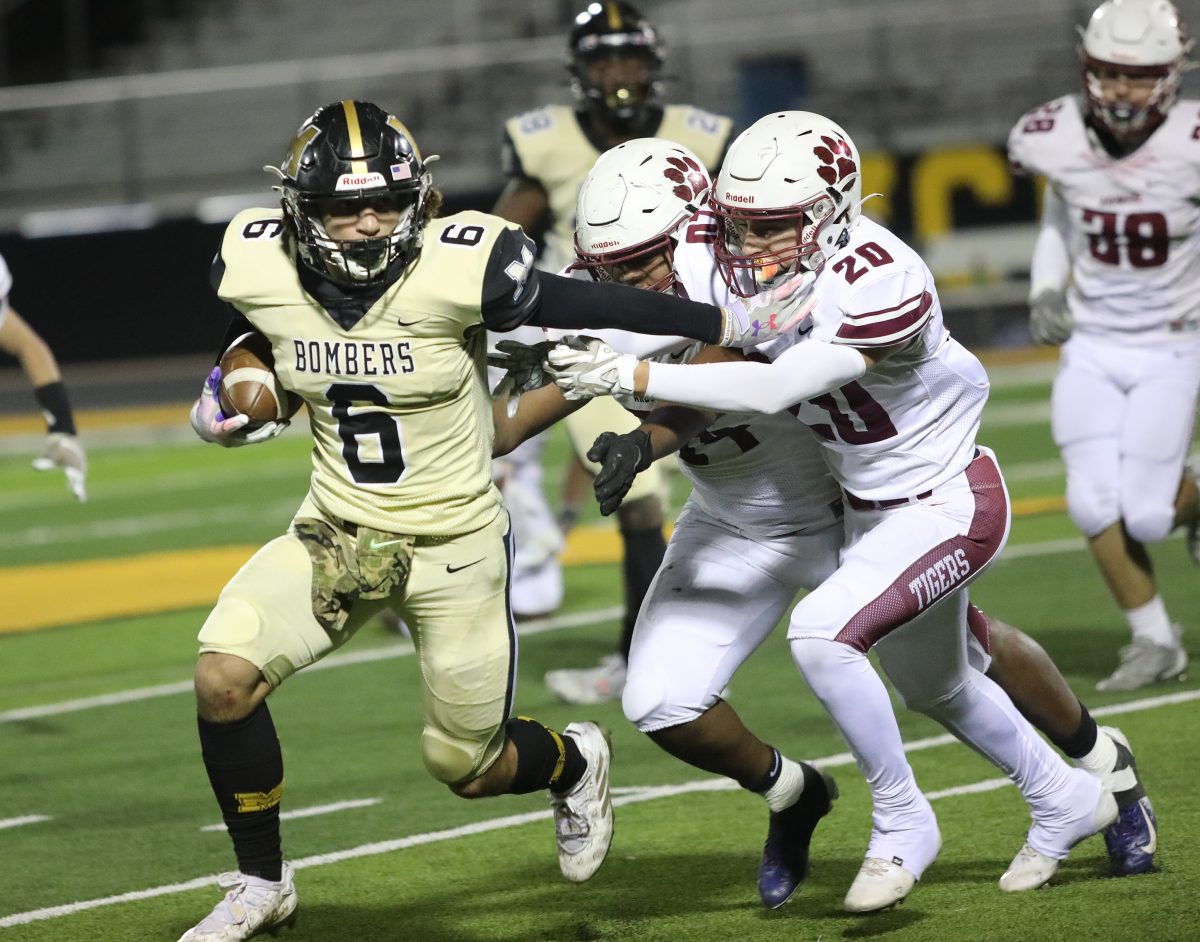 The Bombers (6-2, 5-0 District 5A-1) took a touchdown lead at halftime but outscored the Tigers 19-0 in the second half for their sixth straight win.

“We talk about staying in first place and taking care of business,” said coach Darrell Hall. “We came out flat in the first half but at least we got it going in the second half.”

Senior quarterback DeAngelo Irvin Jr. scored all three of the team’s touchdowns in the second half. He finished with 158 yards rushing on 19 carries and was 12 of 18 passing for 95 yards with one interception. Jaylan Woody and Derrion Rogers each had a rushing touchdown in the first half.

“Our energy got better in the second half,” Irvin said. “We started coming off the ball harder and our confidence got a little bit of a boost.”

Midwest City racked up 384 yards on the ground. LaSiera LaViollette had 83 yards, Rogers had 64 yards and one score and Woody added 49 yards and one TD.

Hall said Ardmore did a good job of shutting down their inside running game, but his team was able to adjust with outside runs.

“The biggest thing was getting to the outside,” Hall said. “They were stopping our counter and power inside, so we tried moving outside and we were able to get some good blocks and make some great runs.”

Kenneth Colston led the team in receiving with four catches for 34 yards.

The Bombers defense forced three turnovers. Qaylin Pennon had an interception with Rasheed Arnett and Traelyn Richardson, who led the team with eight tackles, both recovered a fumble.
After a scoreless first quarter, the Bombers found the end zone twice in the second. Woody scored on runs of 3 and 1 yards.
Midwest City led 13-6 at halftime.

The Bombers turned a pair of turnovers into points in the second half.

Ardmore (2-6, 0-5) moved the ball near midfield on their first possession of the third quarter. On third down, quarterback Cal Swanson was chased out of the pocket and tried to throw the ball away, but Pennon picked it off on the Midwest City sidelines. The Bombers turned it into a 76-yard scoring drive. Irvin capped it with a two-yard score with 2:31 in the third.

The Tigers fumbled on their next two possessions.

Midwest City gave the ball right back on the first one when Irvin was intercepted. But the Bombers took advantage of the next fumble recovery, which led to a 67-yard scoring drive. Derrion Rogers moved the ball into the red zone with a powerful 18-yard run. On fourth down, Irvin sliced through the middle of the defense for a 10-yard touchdown. A missed two-point try made it a 25-6 score with 8:43 remaining.

Irvin found the end zone for a third time in the final minutes of the game. Irvin faked a handoff and bounced around the left end for a 36-yard touchdown run down the far sidelines. Kameron Doyle added the extra point for a 32-6 lead with 3:01 left.

Midwest City stopped Ardmore on the next possession and then ran out the clock for the 32-6 victory.

The victory over Ardmore keeps the Bombers in the driver’s seat in District 5A-1. They can clinch the district title with a win Friday against Noble (5-3, 3-2) and a loss by Elgin, or a victory against Elgin on Nov. 4.

The Bombers are home Friday night against Noble. The Bears are coming off back-to-back wins over Elgin and Altus. 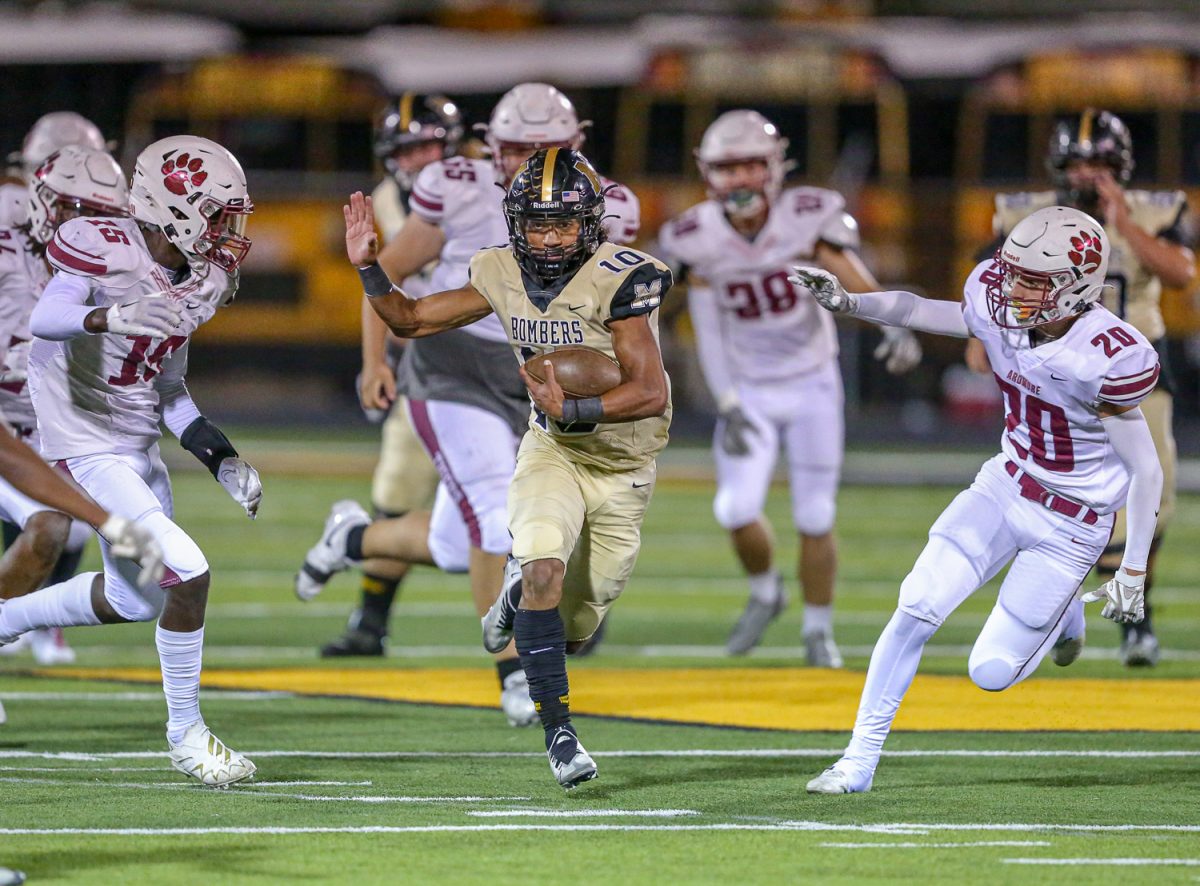